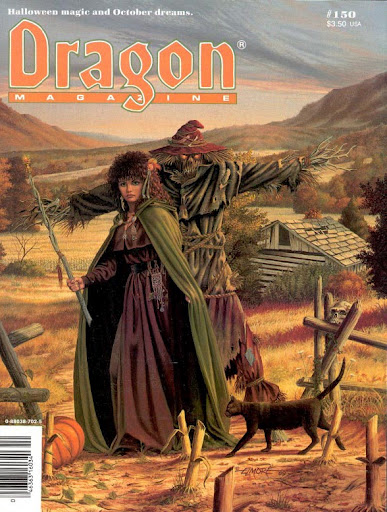 This is possibly my favorite Dragon magazine. The issue is Oct 150 & its first edition AD&D all of the way.This is the Halloween issue with an Elmore cover first of all. There's a boat load of Cthulhu 4th edition articles & advice.
Then of course the real reason that I love this issue 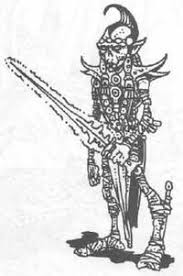 The Sunset World articles also had a metric ton of encounter tables for these Mind Flayer ravaged worlds. There were lots of familiar faces on those tables with ropers, trappers, & lots of others. The idea of the Mind Flayer as both invader & provider of invasive species was a new idea. 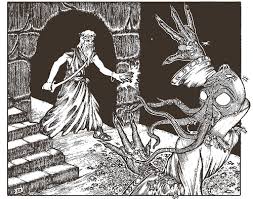 The whole issue had a very pulpy/Lovecraftian feel to it. The world presented is stark, weird, & very non canon now. That's fine with me. I'm using these versions of the flayer & the "Sun Set World"
The githyanki/illithid relationship was inspired by Larry Niven's World of Ptavvs. That's not the only science fictional origin though. According to Wiki yet again.

"In Martin's novel, the githyanki were called "soulsucks" because of their dangerous psychic powers. They were slaves of another alien race called the hrangans, and were used by them in their long space wars with humanity. Unlike the D&D race, they were barely sentient. No githyanki actually appear in Dying of the Light, as the book takes place after the war between the humans and the hrangans is long over, and the soulsucks are nearly extinct. There is also passing reference to them in Martin's short-story collectionTuf Voyaging."

This puts a brand new spin on the Mind Flayer relationship & might have some bearing on how the Githyanki were used in the ancient past. Its just a passing thought. All in all this is a hell of a Halloween issue of Dragon & remains one of my favorites

Perhaps its time for a Sun Set World mini revival. This material could easily be used with any retroclone OSR revival material much of it is actually edition neutral.