There's one monster that is both iconic & served as my introduction into Advanced Dungeons & Dragons and no its not a dragon. Instead it was the Hydra one of the most underrated AD&D monsters ever. Hydras are not only dangerous but down right deadly.
One of the first AD&D games that I got involved with had to do with a particularly nasty dungeon in a stinking fen. The dungeon was partially submerged and we came up against a Hydra that was using the ruin as a base of operations to terrify the locals. 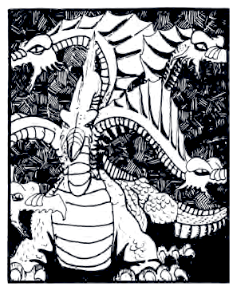 Our group of adventurers were sent in to exterminate the beast in my uncle's campaign and things went down hill from there. Seven players getting into the middle of a den of a beast isn't ever a good idea. I was playing a wizards of 2nd level taken over from one of the regulars. And within about two minutes we were in deep trouble as the multiple heads of the hydra continued to cause us sheer havoc. Two of the party were bit in half within the first couple of rounds. The hydra took full advantage of the swampy cover of its abode and the bastard was crafty. Tail slaps, underwater bite attacks, and savage all out attacks from the beast made this thing a nightmare. Within the first five rounds my wizard died bit in half by the monster.
It wasn't until almost two months later that we found out that the  hydra was the pet of a local necromancer and used to populate his army of undead by raiding the local swamp farmers.
One of the things that I figured out really quick was that there was definitely a respect that we developed for the hydra as a monster. The creatures are incredibly deadly and that's before the regeneration of the heads. 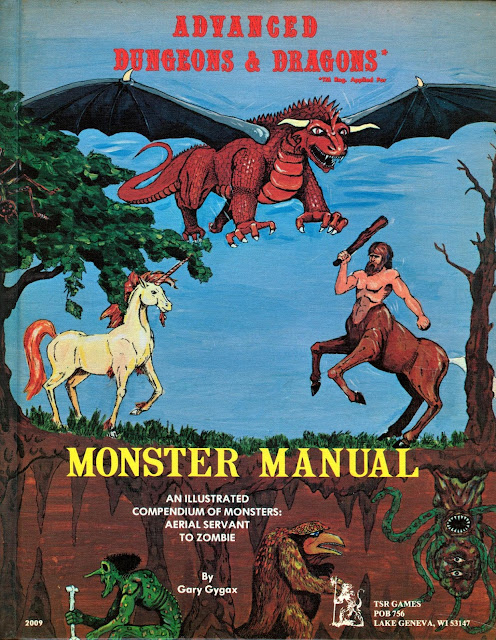 Eventually our party of adventurers earned quite a bit in the hydra hunting game gaining a repution for fighting & killing the beasts. So we began to incorporate rangers, scouts, and other wilderness based PC classes from Dragon magazine to help out with this. This aspect of hunting hydra didn't deminish my respect for the fell beasties. Eventually we had to return to that half submerged ruin to take out the mate of the first hydra. And all of this took place on Greyhawk. Later I would switch the tables on my uncle having him and his Dwarven PC Tengal Two Fists along with his sons face down a particualarly nasty hydra that had taken residence under a Greyhawk city in the sewer system.
Posted by Needles at 11:07 PM