Trapped in the mysterious Castle Amber, you find yourselves cut off form the world you know. The castle is fraught with peril. Members of the strange Amber family, some insane, some merely deadly, lurk around every corner. Somewhere in the castle is the key to your escape, but can you survive long enough to find it? 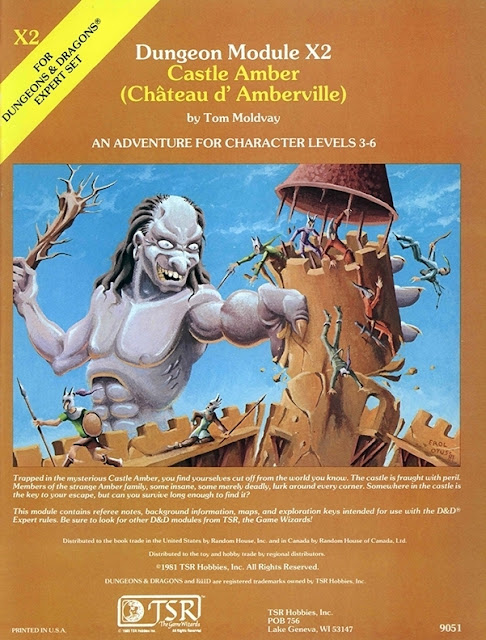 It is ranked as the," 15th greatest Dungeons & Dragons adventure of all time by Dungeon magazine in 2004,[8] and was fondly remembered in Dragon Magazine the same year." I'm speaking today about X2 Castle Amber by Tom Moldvay. Set in an adapted setting  of Clark Ashton Smith's Averoigne stories, and set in the fictional medieval French province. Castle Amber is part high level adventure & part Weird Tales Magazine story come to life for the PC's. The classic adventure is a high level affair & takes place within the Castle Amber (or Château d'Amberville). While having a beer tonight this adventure came up with comments such as 'so good' & 'very memorable' or 'a complete classic'. There was talk about adapting it to the Adventurer, Conqueror, King  Rpg System & Dark Albion. Could it be done? 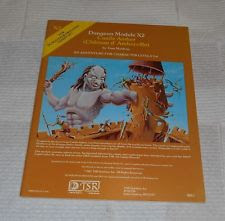 After talking about it tonight I can honestly say that I think that it can be actually. "The player characters explore the haunted mansion of the Amber family, and encounter new monsters such as the brain collector.[2] The module is described as a medium to high-level scenario which takes place in a castle surrounded by a strange gray mist" according to Wiki. But then something jumped out at me right away its that strange gray mist that surrounds the castle. During the War of the Roses the various factions are going to be looking for any advantages that they can. This might even include taking risky expeditions to rumored haunted castles on the coast of France for rumored magic artifacts, treasure, and other materials to help with the War of the Roses all while avoiding the patrols of Frogmen cultists and French officials. 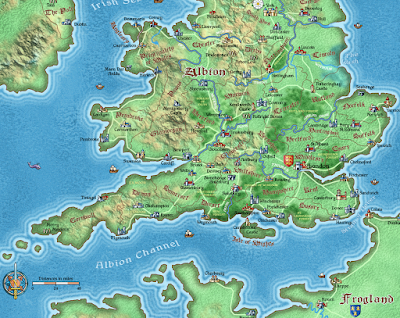 The castle is demanding entity in its own right & dwells partially in fairy land in fact the basic plot outline bares this out according to Wiki,
"During their night's rest on their way to Glantri, the player characters are unexpectedly drawn into a large castle surrounded by an impenetrable, deadly mist. This is the result of a curse the wizard-noble Stephen Amber (Etienne d'Amberville) put on his treacherous relatives for murdering him.
The only way to escape Castle Amber (or Château d'Amberville) is to explore the castle, putting up with the demented and at times insane members of the d'Amberville family and the other, often hostile, denizens, and open a hidden portal to the wilderness of the world of Averoigne, where the party can find the means to reach the inter-dimensional tomb in which Stephen Amber rests, in order to break the curse and return home.
In this world, magic is frowned upon, and spellcasters may come to the attention of the Inquisition" The castle is basically its own bit of weird realm waiting for fools to stumble upon it. Its crazied family waits in the shadows between worlds completely unaware of the events of their own country let alone the Rose War across in England. How did this happen & what's the connection with the Frogmen who now rule France? Before the Frogmen could invade France certain power structures and important families had to be eliminated. 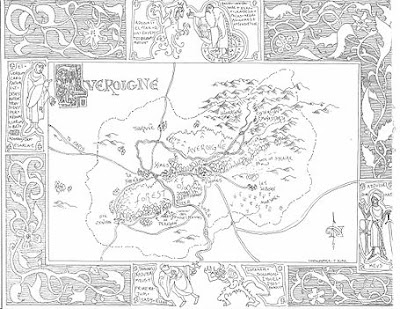 Tim Kirk's map of Averoigne based on stories by Clark Ashton Smith.

Long before the  Frogmen & their cultists took over France the the Amber family (d'Amberville in French) were an important & influential family. Rather then simply murder them, the frogmen were already stretched thin putting in place the means of taking over the country. So the Amber family have  been cursed & the entire family whisked away to a demi plane of Fairy. There the castle sits waiting frozen in time and space as events play out in the real world.

This ties in with the region's ancient past & its dire Lovecraftian secrets;"In ancient times, Averoigne was settled by the fictional Gallic tribe called the Averones. They established a number of settlements in the region, many of which were fortified when the Roman Empire absorbed the region. When Christianity spread through the Empire, many churches and monasteries were established among the ruins of Druidic temples. Greatest among these was a great cathedral constructed in Vyones, completed in 1138." I don't want to spoil this for players so go read Smith's stories here with a good reading list right here
So what does this have to do with the Rose War happening across the pond in England? A lot actually, remember that X2 Castle Amber is a high level adventure & getting the PC's involved is going to put them in the cross hairs of some VIP's of the court of England. In point of fact the very highest levels are going to be involved. First we need to look at the geograpaghy of the Averoigne region;"
Averoigne is located in the southern half of France. The northern half of the territory is dominated by the walled city of Vyones, site of an impressive cathedral. In the southern half is located the town of Ximes; the main road of Averoigne runs between Ximes and Vyones, straight through the thick, dark forest that blankets the province. A river called Isoile flows from the mountains in the northern part of the province to feed into a swamp in the south.
Other towns and villages located in Averoigne include: Moulins, Les Hiboux, La Frenâie, Touraine, Sainte Zenobie, and Périgon. In the forest can be found haunted ruins, such as the Château of Fausseflammes and the stronghold of Ylourgne. (It was from that abandoned abode of evil robber barons, that the horrific events of The Colossus of Ylourgne had their start.)"
This region has deep ties to Margaret of Anjou (French: Marguerite; 23 March 1430 – 25 August 1482) who was the wife of King Henry VI of England even before she was born. Her ties with the Frogmen & their cultists gave her access to some of the deepest secrets of the supernatural layout in France including the site of Castle Amber & its other dimensional location. The clock is ticking in the real world & she's going to want her forces to have the resources, artifacts, & magicks that are in the castle. 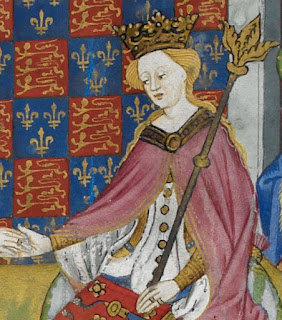 Here's why she was born in the Duchy of Lorraine into the House of Valois-Anjou, Margaret was the second eldest daughter of René of Anjou and Isabella, Duchess of Lorraine."
"She was one of the principal figures in the series of dynastic civil wars known as the Wars of the Roses and at times personally led the Lancastrian faction. Owing to her husband's frequent bouts of insanity, Margaret ruled the kingdom in his place. It was she who called for a Great Council in May 1455 that excluded the Yorkist faction headed by Richard of York, 3rd Duke of York, and thus provided the spark that ignited a civil conflict that lasted for over thirty years, decimated the old nobility of England, and caused the deaths of thousands of men, including her only son Edward of Westminster, Prince of Wales, at the Battle of Tewkesbury in 1471."

She was one of the principal spy mistresses of the War of the Roses & in my campaigns has deep ties to her inhuman frog men or deep one masters. They're getting ready to invade England & having another ace in the hole with Castle Amber might help trip the scales in their favor. So a party going into the castle might be facing down rival adventurers as well as the horrors of the castle itself. 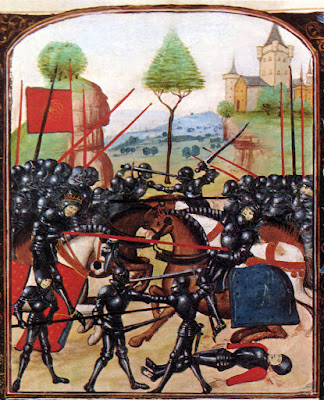 So where does the Adventurer, Conqueror, King angle come in here? Well the Adventurer, Conqueror, King Companion has several systems that marry very nicely with Dark Albion and given the dark end of X2 Castle Amber might help to move things along because should anyone survive the events of the module well your PC's are going to be relocating Amber family members elsewhere perhaps into exile. The fact is that the weird fairy tale like aspects perfectly plug into the feel of an expanded ACK's campaign. The adjustment of the family Amber coming to terms with the real world & the weirdness that the curse has brought might see PC's being of the bloodlines of anyone within the Castle itself having a trace of its madness and magic within their veins. This marries up with several of the player characters presented in the Adventurer,Conqueror, King companion especially the witch, several of the Elven types, and Dwarven PC classes.
This could become a mini campaign unto itself. Cults of Chaos for Dark Albion might help to fill in several elements that could left dangling.  The following is a major spoiler alert! 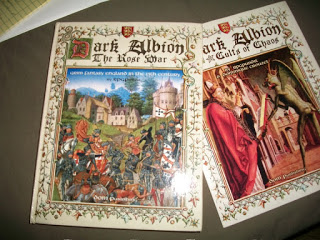 "One of the encounters in the module is an homage to (or copy of) the climax of Edgar Allan Poe's short story Fall of the House of Usher,[citation needed] involving a brother who can hear his dead sister, named Madeline in both cases, crying out from the grave where she was buried alive. The overall module has "a decidedly Edgar Allan Poe feel to it."[6] Another encounter calls to mind the title character and gruesome climax of Poe's Hop-Frog.[citation needed]
Many of the creatures also had a "Lovecraftian" feel to them"


So let's say that the PC's are successful? Well as the Chinese saying goes may you live in interesting times because they're going to be in the cross hairs of not only the Crown, the Frogmen, and the powers of X2 but their going to be on the run.  I hear that Spain is lovely this time of year for vacations!
Castle Amber draws on and is a part of  Moldvay's Pulp Fantasy Trilogy, the other two being X1: "The Isle of Dread" (1981) and B4: "The Lost City" (1982) with both Lovecraftian twists and odd connections. The whole thing has a weird dreamlike fairytale connection that I think fits both Dark Albion & the ACK's system. Baring in mind that Castle Amber is a high level and very dangerous D&D adventure it could make an interesting step up as a part of a next tier Dark Albion game campaign.
Adventurer, Conqueror, King has  deal cooking for a great  charity,"Through Monday, January 30 we present the Adventurer Conqueror King System Bundle featuring Autarch's sweeping FRPG"  so its a great time to get in on the action.
Posted by Needles at 8:30 AM