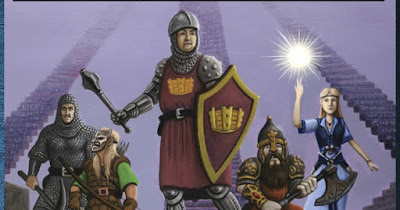 So I've been zipping around the local area for the last twenty four hours & got a chance to take a look at Autarch's facebook page tonight.
They've added in a couple of new things into the Bundle of Holding that their doing for charity.
"We've added three issues of AXIOMS to our ADVENTURER CONQUEROR KING SYSTEM BUNDLE featuring Autarch's sweeping Old School FRPG that lets you build and run your own fantasy kingdoms. "Axioms" is Autarch's quarterly supplement for the Adventurer Conqueror King System. Supported by a Patreon campaign, each issue of "Axioms" offers a mix of short content updates for ACKS, such as new classes, new sub-mechanical systems, explorations of specific themes within the game, short adventures, and more. Though designed for ACKS, content in "Axioms" is compatible with any D20-based fantasy RPG.
If you've already purchased this ADVENTURER CONQUEROR KING SYSTEM offer, you get all three issues of "Axioms" automatically. Just visit your Wizard's Cabinet download page on the Bundle site, so our system can add these issues to your DriveThruRPG Library."
http://bundleofholding.com/presents/ACKS

But this got me thinking about devil mountain Dwimmermount & its its insidious influence upon the world. Especially when it comes to the life & death of Richard III. Richard III is central to the over arching plot of Dark Albion & the opening of Dwimmermount foreshadows his death. I wrote about the dire portents of the megadungeon's reemergence into the realm of Albion.
What I haven't written about is how Richard's death is one of the axis's that the realm of adventure in Dark Albion turns on. You as the Dungeon Master need to understand how central to the action he is;"Richard III (2 October 1452 – 22 August 1485) was King of England from 1483 until his death in 1485, at the age of 32, in the Battle of Bosworth Field. He was the last king of the House of York and the last of the Plantagenet dynasty. His defeat at Bosworth Field, the last decisive battle of the Wars of the Roses, marked the end of the Middle Ages in England. He is the subject of the historical play Richard III by William Shakespeare. 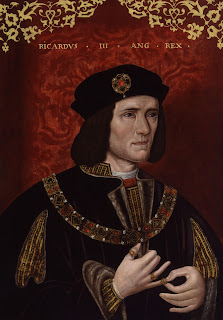 When his brother King Edward IV died in April 1483, Richard was named Lord Protector of the realm for Edward's son and successor, the 12-year-old Edward V. As the young king travelled to London from Ludlow, Richard met and escorted him to lodgings in the Tower of London, where Edward V's own brother Richard of Shrewsbury joined him shortly afterwards. Arrangements were made for Edward's coronation on 22 June 1483; but, before the young king could be crowned, his father's marriage to his mother Elizabeth Woodville was declared invalid, making their children illegitimate and ineligible for the throne. On 25 June, an assembly of Lords and commoners endorsed the claims. The following day, Richard III began his reign, and he was crowned on 6 July 1483. The young princes were not seen in public after August, and accusations circulated that the boys had been murdered on Richard's orders, giving rise to the legend of the Princes in the Tower." 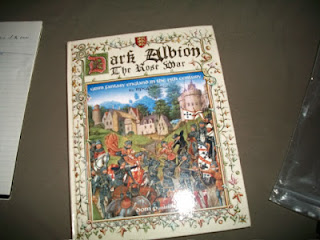 Edward is central to the idea here that he is the axis upon which central key events happen affecting all of Albion. The opening of Dwimmermount which will probably happen months before the Rose War in the depths of the Black Forest of Germany. These are foreshadow the events in both Albion and the rest of Europe. Why because once the doors to the mega dungeon are open that corruption that has been held within over in Fairyland is going to be working its way into the way before the Rose War. So this places the events of the opening of the doors of Dwimmermount opening  about fifty or so years conservatively. 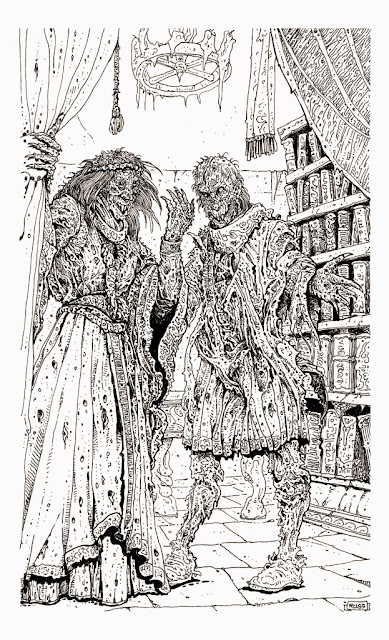 Why because of the nature of Dark Albion's magic. The mega dungeon is struggling to make its way back into the world & feeding upon the violence, blood shed, depravity, & horror as it goes. This lines up perfectly with the events of the Hundred Years War.  Making an inquisitor's campaign have both gravity & history behind it. 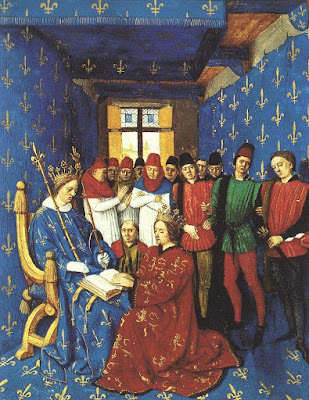 And gives both gravity to the events of Dark Albion & Rose War by making the seething horror part of the bloody landscape of history. Think about it. You've got your PC's front and center via familial relations & crown loyalties minor as well as otherwise. This goes up to the highest levels of the courts of Europe & its the central business of both Dark Albion & Adventurer, Conqueror, King money,corruption, & power at its highest levels. The optional material in the three issues of AXIOMS perfectly balanced to dovetail into the power struggles going both in front of and behind the throne of Dark Albion. 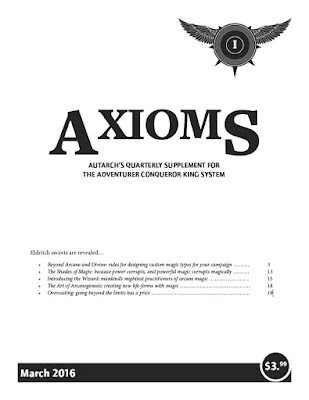 While Dwimmermount is quote vanilla fantasy its ideas & foundations are not, the Europe of Dark Albion would have to have some serious adjustments but the basis is solid for a running tour investigative inquisitors campaign using Cults of Chaos that fore shadows the War of the Roses. From the machinations of the frogmen to the deeper horrors of the demonic this is all there right within Dark Albion's Cults of Chaos. 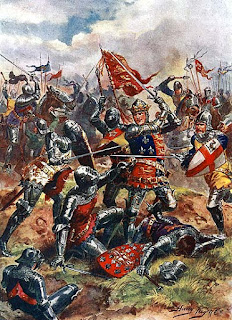 And what about the liches, ghouls, etc. of Dwimmermount? Well once again we refer back to the Hundred Years War here & make them part of the families involved in that conflict. You see your PC's weren't the first to fall into the trap of the megadungeon from its hidden valley in the Black Forrest of Germany. There undead within its walls who were a part of the great royal houses of Europe and they want their power back! 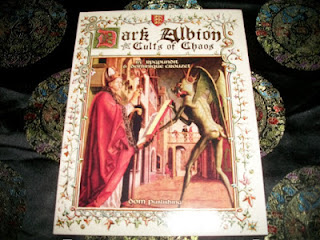 So all of this sets up a war that no one is going to want or expect, could the death of Richard III be the fuse that set's this sort of a powder keg off? This is where the undead want power from beyond the grave and their willing to wreck the world in their insanity. They've been held in check in the walls of Dwimmermount and now their crawling back into a world that neither wants them nor needs them.  The NPC's are there in the megadungeon & its a simple matter to make them a part of the ruling families of Albion. Dwimmermount has been luring men,women, warriors to their deaths for centuries with the promise of gold, glory, & power. 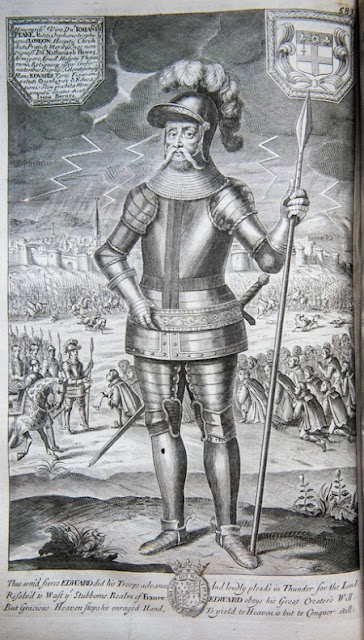 I know what your thinking here your talking all out war & chaos here, are there systems here that can handle this sort of conflict? The answer to this is yes! Two systems that work as one are  built into ACK's & couple with Dark Albion to handle just these sorts of high level Game of Thrones style weirdness. ACK's Domains of War is a solid system for handling just this sort of a dust up at the gaming table.  When you've got the combination of royal depravity, power, warfare, & the horrors on the battle field then you've got the makings of a great campaign set up. 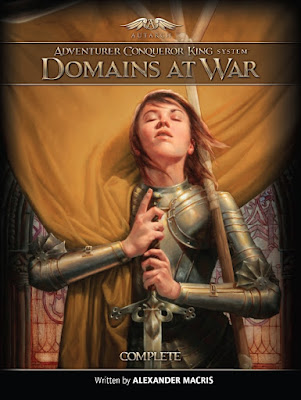 So why do this sort of a campaign? Because it continues the line of thought proposed in Dark Albion & extends the line of play further along with the second Hundred Years War especially given that it would take things & events deep into an inquisitor style campaign into the highest levels of court. The higher the circles of power the more intrigue,murder, and power. This goes back to one of my first posts about this mash up idea back in December.  When your talking warfare on this scale then your talking shot & powder on the battle field. This is one of the exciting things about this time period armor, sword, and powder are seeing use. A friend remarked that Guns of War changes and alters the tone of ACK's entirely & so it should. The events of the Hundred Years War mark the inclusion of the future as they would for the coming battles up till the present day. 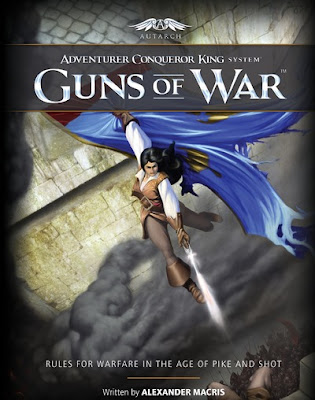 By taking Edward III's death as the signal all hell could break out across Europe & PC's could find themselves on the chopping block or on a seat of power. The nature of NPC's in Dark Albion makes this not only possible but something to be expected. More coming up soon. This bundle is for a great cause & you get some really top draw quality products.