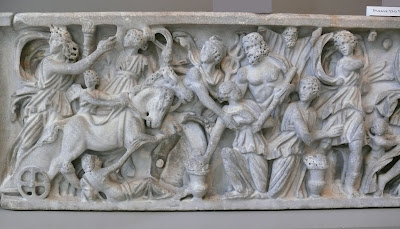 Scientist philosopher kings who might have been messing with forbidden sciences far from the purview of the gods who began to fade into HP Lovecraft's Dreamlands as time went on.
I know that the Hyperboreans must worship Boreas as an important god in their former religion;"
Boreas (Βορέας, Boréas; also Βορρᾶς, Borrhás)[6] was the Greek god of the cold north wind and the bringer of winter. Although normally taken as the north wind, the Roman writers Aulus Gellius and Pliny the Elder both took Boreas as a north-east wind, equivalent to the Roman Aquilo.[7] Boreas is depicted as being very strong, with a violent temper to match. He was frequently shown as a winged old man with shaggy hair and beard, holding a conch shell and wearing a billowing cloak.[1] Pausanias wrote that Boreas had snakes instead of feet, though in art he was usually depicted with winged human feet.
Boreas' two sons Calaïs and Zetes, known as Boreads, were in the crew of the Argo as Argonauts." 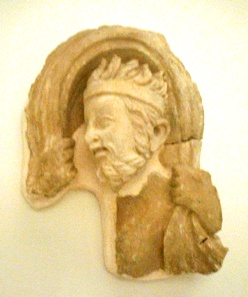 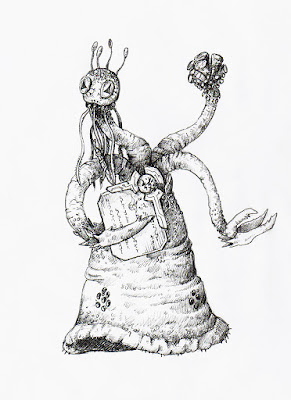 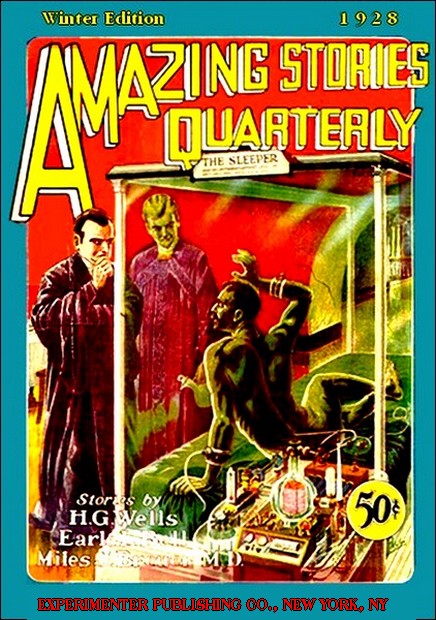 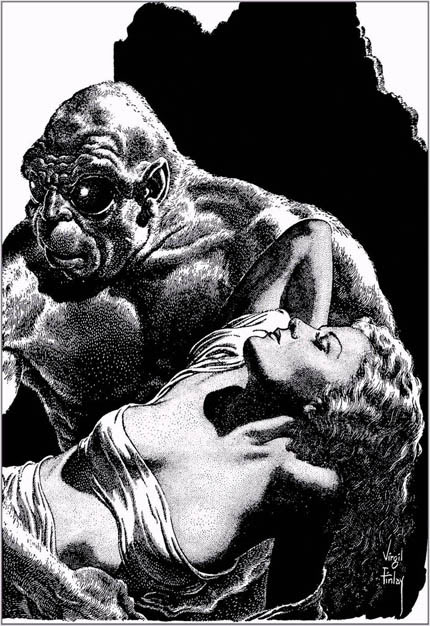 The Morlocks  made their way to Hyperborea from the still working time tunnels of the Hyperboreans bringing with them their Eloi cattle to settle in isolated parts of the world. From time to time their colonies are are found on isolated island or underworld locations. They receive extensive competition from a wide variety of the Underborean races but have managed to carve out their own niche on Hyperborea.

This blog post is for educational and entertainment purposes only, any of the game company's mentioned here are not responsible for any opinions expressed here. This post is not an attempt to violate the trademarks of the holders of the 1960's Time Machine movie. This is the ramblings of a fanatical fan of  the film, HG Wells, and old school games. All ideas are copyrighted and trade marked to the author.

Astonishing Swordmen & Sorcerers of Hyperborea is trade marked and copyrighted to North Wind Adventures.
Posted by Needles at 10:37 AM