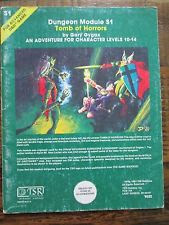 In the far reaches of the world, under a lost and lonely hill, lies the sinister Tomb of Horrors. This labyrinthine crypt is filled with terrible traps, strange and ferocious monsters, rich and magical treasures, and somewhere within rests the evil Demi-Lich.
Recently I've been thinking about the infamous Tomb of Horrors module, I'm fascinated by it in a number of ways. First a bit of background courtesy of Wiki;"Tomb of Horrors was written by Gary Gygax for official D&D tournament play at the 1975 Origins 1 convention.[3][5][6] Gygax developed the adventure from an idea by Alan Lucien, one of his original AD&D playtesters, "and I admit to chuckling evilly as I did so."[7] Gygax designed the Tomb of Horrors modules for two related purposes. First, Gygax explains, "There were several very expert players in my campaign, and this was meant as yet another challenge to their skill—and the persistence of their theretofore-invincible characters. Specifically, I had in mind foiling Rob Kuntz's PC, Robilar, and Ernie Gygax's PC, Tenser." Second, so that he was "ready for those fans [players] who boasted of having mighty PCs able to best any challenge offered by the AD&D game."
So right away this was one of the high level tournament style modules with the special 'S' designation. Once again this is a competition module that was used at the D&D Seventy Five Origins convention. I would have been just a touch young back then to attend. I was about five back then. I didn't get introduced to the infamous tomb until about Eighty One or so. There was one very important influence on how I perceived the S1 Tomb of Horrors Adventure. His name was Indiana Jones. Alright so the family dog's name was Indiana but we didn't get to know that till Last Crusade.


What would the Tomb of Horrors really mean in a campaign setting? I think personally it would be a legendary place a sort of tomb of legend such as the tomb of Alexander The Great or Genghis Khan's final resting place.  Think about it, the demi-lich Acererak has got to be one of his world's most infamous wizards & tyrants. He's not trying to simply keep his treasures & relics, he's trying to kill the adventurers dead with all kinds of tricks and traps. But why? Well because he's keeping himself amused & entertained throughout the centuries. The tomb is one more project ahead of him, he's got eternity ahead of him & possibly to him this is the greatest chess game of all time. He's got one of the greatest egos of all time so why not test your mettle against some of the greatest thieves, cut throats & murderers that society can produce? 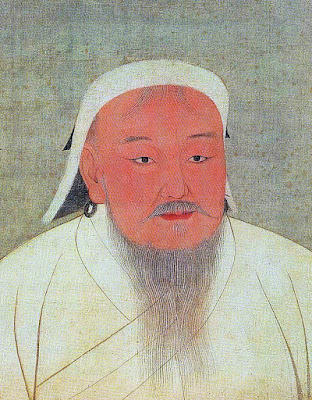 The tomb isn't just some nega dungeon to draw PC's to their death; no this place is a giant sink of ego spanning evil that plays a giant game of chess with the campaign setting. I've written about Dwimmermount having earth shaking connections well think about this. You've got a giant animated chess board of a tomb that continues operations & a wizard whose probably at one point in his life conquered half of his world to build this thing. He's going to have entire blood lines running around with all kinds of 'Game of Thrones' style NPC's murdering each other, petty kingdoms ruled by family members, main court murders, affairs of power etc. Perhaps Acererak got tired of court life & ruler ship & simply retired to the tomb? Naw, I think he's ruling from the shadows through a number of proxies.  This is where Dark Albion could come in very handy to set up the types of intrigues & double dealing that the Tomb could inspire. 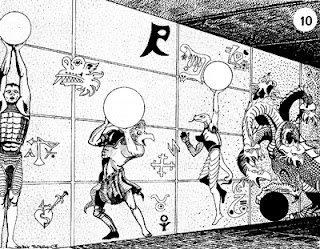 The thing to remember about Tomb of Horrors is not only the legend & mythology of the place but its fame. This is a competition module & its one that has a reputation that it deserves; the freaking thing is deadly. Could such a place be built in the real world and if so where? I think that China or Mongolia might be the places where this tomb would be built and maintained.
But why?

The dungeon of the demi-lich Acererak is being maintained so that the demi lich can eliminate his potential rivals with little issue to himself. I've been rereading Adventurer, Conqueror, King & Dark Albion this is just the type of tactic that an evil megalomaniac wizard would do. He'd be using his country's GDP to create just such an enterprise and then maintain it. Why? Well in ACK's terms this place would be a 'sink of evil' where magic is going to be easier to cast. He's got a steady supply of sacrifices to the gods that maintain his lichdom & he's got an eternity of bloody murder for entertainment. But to what end? 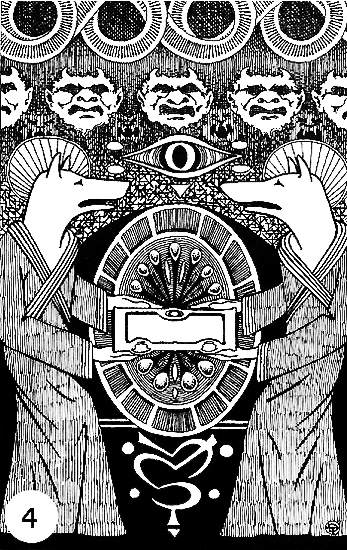 You've got to think outside the box here. This is a guy whose got eternity to play with so not only can he expand upon his tomb but he's got plenty of time to expand upon his bloodlines, family position, and even role out monsters to guard his domains. Using the ancient China analogy here  Acererak could play this cat & mouse game with his entire country using monsters, lairs, politics to pull his power together. This is something that Adventurer, Conqueror, King's Monsters & Lairs has a ton of rules and systems for just this sort of play. 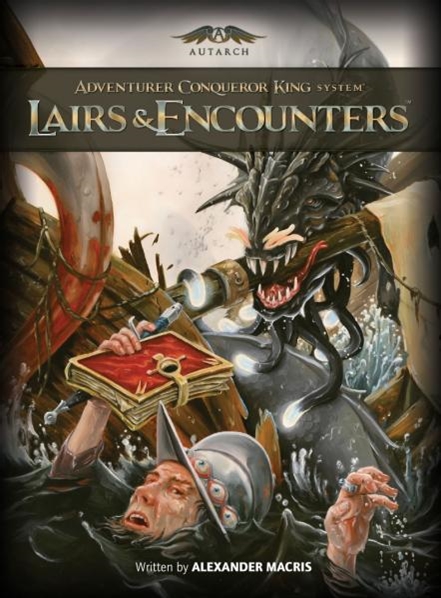 Tomb of Horrors can be used to build an entire campaign around with the right view point & looking at the long term goals of the players & PC's. The challenge is to create an engaging & pulpy feel to this wonderfully classic nega dungeon. Right now is a great time to pick up any of the ACK's titles. The entire system is well done and offers tons of options, systems, and more for OSR style play!  This bundle is for a great cause & you get some really top draw quality products.