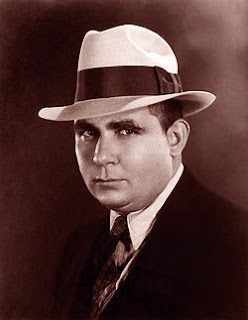 Happy birthday to Robert E. Howard, born on this day in 1906! If there was any writer whose had more influence on me or my life its probably HP Lovecraft or Edgar Allen Poe. But Robert Howard was the creator of Conan, Brian Mac Morn, and as host of other incredible characters! He is the father of the modern  sword & sorcery story.
In his short  life time he changed the face of the pulp story with his writing but it wasn't until after his death at again thirty by his own hand that he was truly appreciated.
“I have known many gods. He who denies them is as blind as he who trusts them too deeply. I seek not beyond death. It may be the blackness averred by the Nemedian skeptics, or Crom's realm of ice and cloud, or the snowy plains and vaulted halls of the Nordheimer's Valhalla. I know not, nor do I care. Let me live deep while I live; let me know the rich juices of red meat and stinging wine on my palate, the hot embrace of white arms, the mad exultation of battle when the blue blades flame and crimson, and I am content. Let teachers and philosophers brood over questions of reality and illusion. I know this: if life is illusion, then I am no less an illusion, and being thus, the illusion is real to me. I live, I burn with life, I love, I slay, and am content.”
― Robert E. Howard, Queen of the Black Coast

I first encountered Robert Howard at the tender age of 11 down at the five & dime store when one of the Seventies reissues of his writing hit the stands. The damn thing dropped into my hands & changed my life. His writing was/is evocative, fast paced, & pulpy to the core but speaks volumes to me even to this day. 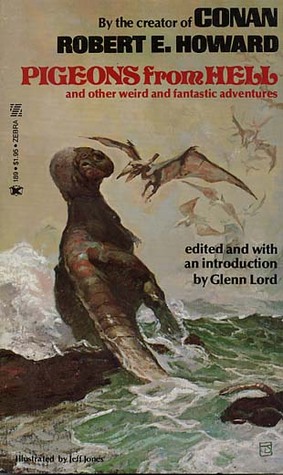 So with it being Robert Howard's birthday I figured it was a fine day to grab a few titles from the Internet Archive! They've got a mess of Robert Howard's writing for free!
Posted by Needles at 11:12 PM