So a couple of months ago I began to think about using OSR resources to put together an old school science fantasy campaign using the works of Clark Ashton Smith. But tonight I was speaking with a friend of mine about doing exactly that for a possible continuation of my version of Astonishing Swordsmen & Sorcerers of Hyperborea. Why do I say my version of Hyperborea? Because effectively that's what each dungeon master's campaign setting is. Their own house ruled  versioned creation setting  or hybrid campaign  of old school & OSR material. This is basically my own back version of the solar system of the AS&SH campaign that I'm going to be running down at C&S Gaming Empire, llc in Torrington, Ct. I've gotten approval for this event by the management & owners of the hobby shop. The dates may change on this event so please be aware of it & contact me if your in the area & interested in playing. 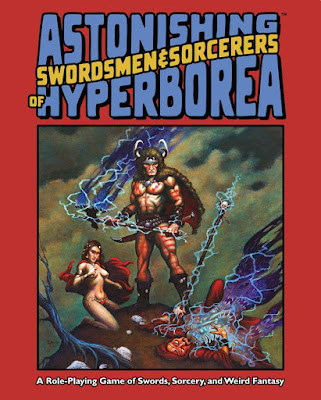 Many of the commentaries & ideas that I discuss on this blog are thought experiments in OSR adventure, campaign development & influences.  In this case I bringing forward certain setting ideas, fictional influences,etc from Clark Ashton Smith whose impact on AS&SH is very obvious along with HP Lovecraft, Robert Howard, & other Lovecraft circle writers. Now back to Clark Ashton Smith whose depth and breath of fictional vision is well known for those of you who read or used Appendix N from the first edition Advanced Dungeons & Dragons as a guide. But today I want to speak about C.A.S.'s influence on Old Solar System. There are number of tales that he wrote concerning Earth's Solar System that can be used as the basis for old worlds that are floating between the Boreas wind near Hyperborea.
Thanks to solarsystemheritage.com I've actually got an Appendix S (for system) for this project: 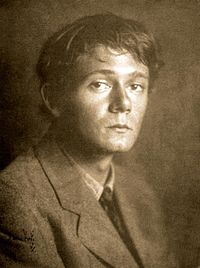 So what's the deal why would anyone want to use the old solar system of Clark Ashton Smith for an AS&SH campaign? Well it can give breath and depth to the sword & sorcery antics of the PC's but there's more to it then that. Going over the Lovecraftian Science page on HP Lovecraft's take on Neptune I was struck by a particular piece of artwork A Neptunian by Michael Bukowski (yog-blogsoth.blogspot.com). 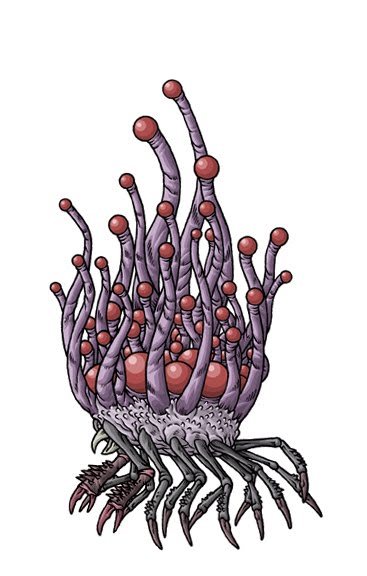 Wait a second is that a another form of a Grell or perhaps a BEAKTOPUS is closer in fact. This beast resembles a classic monsters from the AD&D Fiend Folio. But there are some sever differences in evolution because of Neptune's atmosphere & ecology. Russ Nicholson's classic artwork from the Fiend Folio bares this conclusion out. Perhaps Neptune was a way station base or stop gap for the classic Martian invasion 1898.  The creatures had been modified to live on many different worlds which indicates there might be Beaktopus Vivamancers! 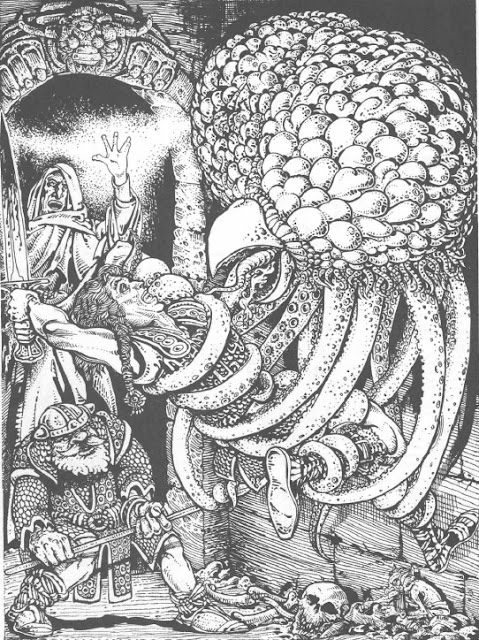 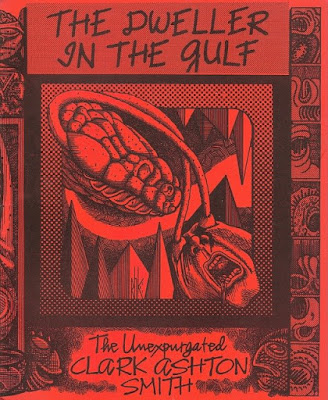 CA Smith had lots of alien races, gods, & tons of weird stuff to mine from his stories for an AS&SH campaign. Even the classic Vaults of Yoh-Vombis by Clark Ashton Smith was the inspiration for Basil  Wolverton's comic book masterpiece The Brain Bats of Venus 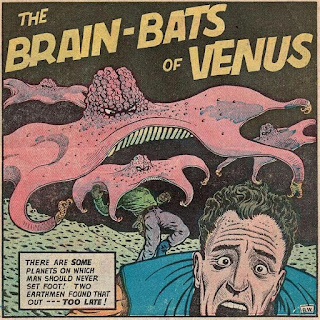 But really this is just the start of such an endeavor because in the past I've used Clark Ashton Smith's fiction along side one of his contemporaries James Blish's Cities in Flight  for a Traveler rpg campaign with links into an OD&D game that I'd run with the same group. Blish's fictional universe is an old one and very dangerous in its own right reminding me of Alien in some respects with a bit of that pulpy goodness. 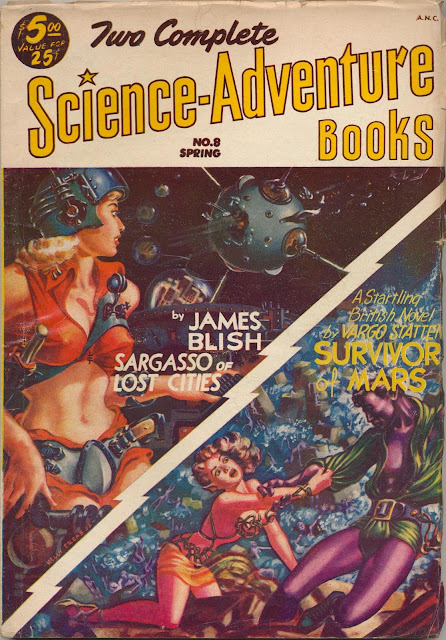 In my mind the space surrounding Hyperborea looks like something straight out of Alien or Space 1999's Dragon's Domain episode. A black void filled with alien wrecks & the spawn of the Outer Gods that can be as dangerous as the black winds blow through the void. The whole thing ruled over by Star Spiders & worse. 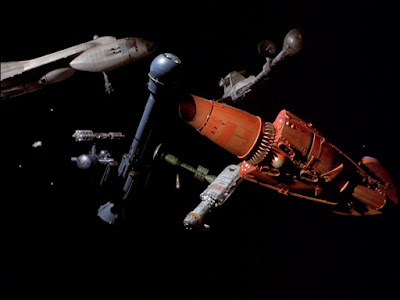 All of this can be easily tied back into CAS's Mercury with its proto engineers and their living suits of biomechanical technology which are probably worth a hefty 60,000 to 70,000 gold pieces if you can get them to market. 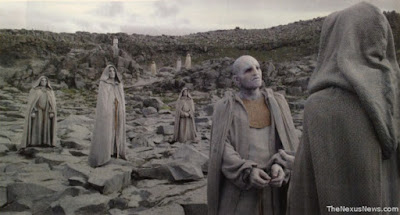 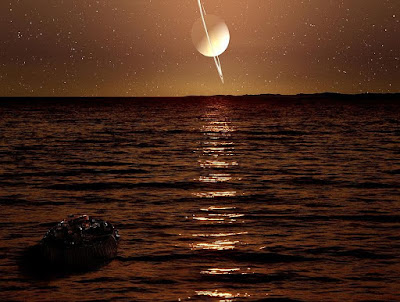 I've spoken about my love of D&D's Adventure B1 In Search of The Unknown well, I've so stated that it can be easily modified to include other treasure, rooms, and all kinds of odds & ends to make it into a more Conan style Swords & Sorcery crawl. It can also house the forbidden 'truth' of how Roghan the Fearless and Zelligar the Unknown turned back that barbarian horde. 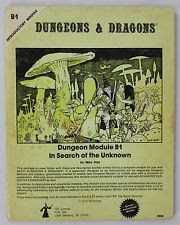 Because of the flexibility & design of B1 its easy to access & replace the creatures of the module with AS&SH beasts. This was something that was talked about on the Astonishing Swordsmen & Sorcerers of Hyperborea 2nd edition kickstarter update.
"There are no dragons here either. This game is Dungeons & Elder Things. If you are anything like me, you will find that it has a strong appeal. This is no world of epic, heroic fantasy. Weird fiction was always on a smaller and more personal scale. In heroic fantasy, you’re trying to save the world. In weird fiction, you’re mostly just trying to prize the gem out of the statue of the spider-god’s eye socket. Success is survival with increased wealth.
Play in this strange dimension is going to be spectacularly good fun, but be careful. Don’t travel Hyperborea too recklessly. Speak softly and carry a Vorpal Sword, because here be Shoggoths.
Sometimes the distinction can be subtle. Do you want a dragon-like threat in your game? Then consider a fire-breathing hydra, or perhaps a giant lizard, such as the fire-breathing komodo dragon!"
There's more coming up as I start tackling the in personal and weird in the darker portions of Hyperborea.
For now I hope you make your saves and keep those dice rolling.


The makers of Sword & Stitchery blog would like to thank the Lovecraftian Science blog, solarsystemheritage.com, The James Blish estate,  www.eldritchdark.com, and North Wind Adventures the makers of Astonishing Swordsmen & Sorcerers of Hyperborea. This blog post is for educational and entertainment purposes only and is not meant as trademark or copyright  violation of any of the properties mentioned in this blog post. Grell artwork by Russ Nicholson also used without permission owned by Wizards of the Coast. Neptunian by Michael Bukowski (yog-blogsoth.blogspot.com) has been used without permission. North Wind Adventures is no way responsible for any opinions or content of this blog. Space 1999 is copyrighted & trademarked to ITV Studios
All ideas and opinions copyrighted & trademarked to the owner of this blog
and Dark Corner Productions Inc.