Last night's Stars Without Number game was full of political intrigue as one of the players acted as counsel as representative to a race of alien space serpents. The Ice walker clan of space vikings weren't amused and secretly there were several manipulations behind the scenes.


Another PC stood in the background as bodyguard and the whole affair lasted no more then twenty minutes real time.
The characters prepared their ship and left the station having made stores, upgraded equipment, and new fittings on their ship.
They left the station after a hardy goodbye with their Space Viking allied clan brothers.
Then it was a race to the first beacon marking the point of no return from the Talon sector.
The first jump into hyper dimensional reality went smoothly. The beacon sounded as per normal with little problem.
They started coming up on the second beacon and it was like a scene from "Dis Boat". The lights seemed to dim in the room and the crew's computer jockey/console cowboy/scientist started rolling intently for scans of anything unusual.
Once nothing,twice nothing, and then three times another scan in every direction with the PC jacked in.
Absolutely nothing to report on any of his scans.


The PC's made the next jump into the next level of hyper reality.
The next beacon came up with little issue.
The process was repeated when they came upon the third and final beacon marking the point of no return.
That's when the alien drone proboid showed up. Armed with a cluster of sensors, weapons and a mini spike drive. The bastard started to follow them. 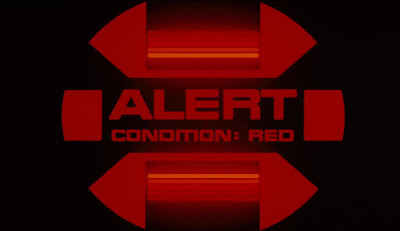 The crew launched one of its own drones and the battle began. The console cowboy used a quick secession of moves to engage the drone in an electronics counter measure dance.
The dance was successful and the crew ran a trace. They were expecting space vikings but alas it was not!
The design was Martian in origin! Apex Medicial had been cloning a combination of First Born and Green Martians into a miasma of abomination warriors that the characters had encountered before.

One of the clans of the Martian Alliance had bumped heads with the PC's months ago and sworn revenge. Grasp of the race on galactic affairs seemed to have cooled off in the last couple of months but there were rumors of them having holdings within the Chasm.
Hidden bases, deep mining operations on dead alien stars, and other weird doings out in the middle of the black.

You can read about the Martian Alliance right over HERE
The PC's exaimed the drone and its wreckage before consigning it to the depths of space Asap. Countermeasures are already being made as the ship's engineer and computer hack are working together on a number of fiendish devices. These are to deal with any Martian Alliance issues that might crop up!
The ship made the final hope into the higher realms of hyper dimensional reality!
There is still the Ice Walker Space Viking clan's claim on battle field and what destroyed those battle pyramids!
Well you can expect a mini space dungeon adventure even before the crew gets to the site!
Posted by Needles at 7:57 AM