Enter The Space Vikings
"These are homemade barbarians. Workers and peasants who revolted to seize and divide the wealth and then found they'd smashed the means of production and killed off all the technical brains. Survivors on planets hit during the Interstellar Wars . . . who lost the machinery of civilization. Followers of political leaders on local-dictatorship planets. Companies of mercenaries thrown out of employment and living by pillage. Religious fanatics following self-anointed prophets."
H.Beam Piper


The PC's are about to walk into the middle of some of the toughest and strangest hombres to cross the planetary divide especially in the Chasm. The Space Viking Clans have come and the characters are right in the middle of a claim of salvage between two clans.
One of the PC's is acting as lawyer for rights over an alien battle scene. 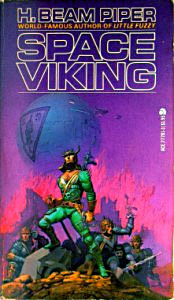 I don't have a lot of time to model these guys out and so I'm turning to an article written by a friend and mentor when it comes to fleshing these guys out.
You can find a rough outline right HERE
I'm drawing these clans from the 1958 movie the Vikings and Robert E. Howard seen though the lens of Piper.

This is a very brief outline of a lean and very hungry faction of
"Space Vikings" at there most dangerous. 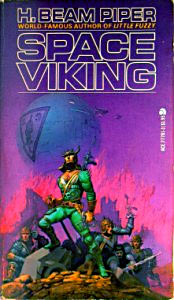 Attributes Forces 3 Cunning 6 Wealth 1
Hit points 15
Assets - Space Marines/Forces 4, Seditionists/Cunning 4,
Tags: Savage
Please note that this is the barest of outlines for a faction and I'll be filling in more as time goes on.