Rel 'The Strong' the red Martian mercenary checked his gun for the seventh time and nothing had changed with the ammo, the mechanisms, or the gun itself.  'Why are we in this part of the frelling wastelands?'
'We are tracking a mad man whose trying to get a hold of one of the lost talismans of Woe.' , Hashic Vro Tholian occultist's  answer was polite & straight to the point as usual.
'Do we have to be out in this heat & in the mid day?'
'Friend Rel, we will lose the element of surprise & the wizard will have our souls  if we don't' 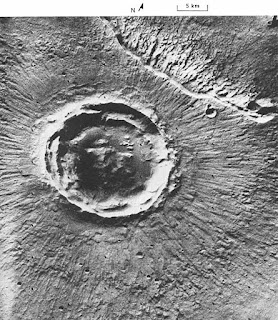 And that's when the air shimmered & the first of the Lovecraftian demons appeared!
'I knew this was going to be a bad day' Rel managed to say in the shadow of the Martian ruins as the screams of the damned started!

There are  demons out in the void of space between the planets that dwell in the darkness of the asteroids. Foul & slippery things that no sane man likes to talk about. Wizards don't even think their names. There are whispers of course, there are always whispers in the back alley canteens & bars among the red sand haunted deserts of Mars. Tales,rites, & snippets of wisdom are told over strong brew & gold coins are exchanged in back alley temples.
These are demons that sometimes haunt the red sands of Mars in men dreams as well as  the weird reality of the here & now. They glide through  the ruins, the old dead sea bottom lost cities, and anyplace where the hand of man has been. Wizards often come to them for advice or worse. Many fools summon these horrors for the possible insights into dangerous relics or lost spells. More of the fool who takes them on as a demonic patron or foul master. 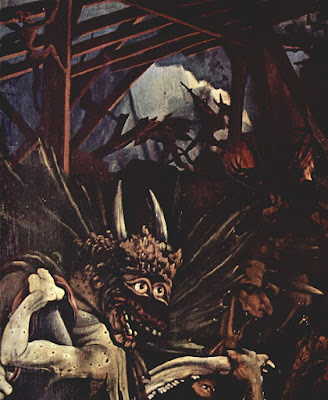 These beings are only half 'real' with a good portion of their bodies being made of the non corporeal substance of the Outer Void. Many of these horrors have the standard abilities of a higher ranking demon via the Advanced Dungeons and Dragons Monster Manual or Dungeon Master's Guide. They love nothing more then  to slip between the cracks of reality to cause mayhem on the mortal planes & sup on the souls of men & near men. 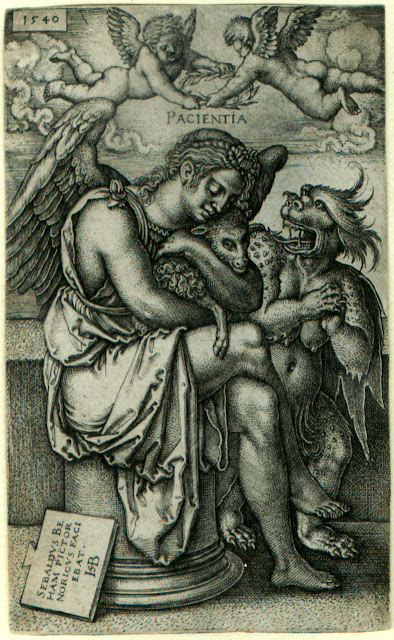 . "Like Atal in distant Ulthar, he strongly advised against any attempts to see them; declaring that they are testy and capricious, and subject to strange protection from the mindless Other Gods from Outside, whose soul and messenger is the crawling chaos Nyarlathotep. Their jealous hiding of the marvellous sunset city shewed clearly that they did not wish Carter to reach it, and it was doubtful how they would regard a guest whose object was to see them and plead before them. No man had ever found Kadath in the past, and it might be just as well if none ever found it in the future. Such rumours as were told about that onyx castle of the Great Ones were not by any means reassuring."
The Dream-Quest of Unknown Kadath  (1943)  by H.P. Lovecraft

"That place is deader than an Egyptian morgue," observed Harper.
"Certainly it is far more ancient," Octave assented. "According to the most reliable legends, the Yorhis, who built Yoh-Vombis, were wiped out by the present ruling race at least forty thousand years ago."
"There's a story, isn't there," said Harper, "that the last remnant of the Yorhis was destroyed by some unknown agency—something too horrible and outré to be mentioned even in a myth?"