Developed out around the remains of Flor'da the Qu'es't  Atlantean flying disk is a treasure beyond compare able to maneuver in any direction the pilot wishes. These disk craft have been the mainstay of 'Old Earth' for centuries and were used extensively during the 'Hyperborean wars' of the ancient past. They can be used in a wide variety of theaters of operation from temperate woodland to extensive jungle environments. 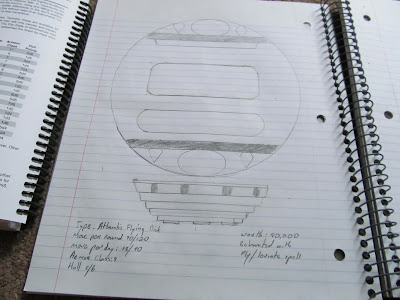 These simple two to six man craft are available in only the most well equipped market places within the main capital city states where they fetch prices of forty to sixty thousand gold pieces easily. These craft can hold up to five hundred pounds of cargo and two pilots. They can fly for 1d8 days at a clip & can be used to fight or fly over bodies of water including oceans. These craft were used extensively for recon and rescue  missions during the various wars. Many craft are often found in underground bunkers or other Hyperborean installations.
Type: Qu'es't Atlantean flying disk
Move per round: 90/120'
Move per day: 18/90'
Armor Class: 7/8
Hull:6/6
Worth: 40,000 to 60,000 gold pieces
Enchanted with a levitate / fly spell permanently enchanted to the
three hover units at the base of the disk

Interesting these units are often found in the remains of former FTL colony ships in the outer edges of the asteroid field. These disks are still used in many of the remote corners of the of colonies around Jupiter and the disks secrets of creation are still known as there are some worldlets where the art of making these craft is still practiced. 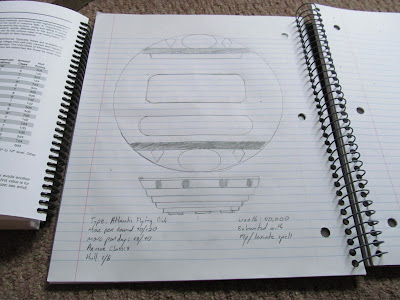 It is known the Lumerians use a two man type of flying hover vehicle known as the 'Can' for some unknown reason. These types of disks were used extensively during the Mount Voormithadreth incident with the wizard Vinn who had close ties with a base of cultists operating out of an extinct volcano in the Eiglophian mountains.
Posted by Needles at 6:43 PM