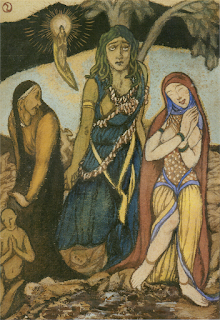 When the Old Earth had passed away into the oblivion of the Outer Darkness there were other places that awaited many of the souls that had been dragged down into the lower dimensional depths of the pits of the Astral winds.
These were other Hells, those smaller Hells that have been dreamed of by the older gods. Those  jealous gods of the ancient texts of the damned. Those places inhabited by gods no one worshiped anymore out of fear & those powers of Chaos that had been consumed by depravity & twisting bouts of cosmic insanity.

It is often to these settings that adventurers find themselves for the pickings of artifacts & treasures are rich. Few venture near these places for they are the abode of ancient prime plane bound demons of the lowest order whose mere existence is torture. These things vent their frustration on any living that cross into their dimensional prisons. These are places where the venting of Chaos & the Boreas winds bring only the debris of a previous universe. The fires of destruction continue to burn for all eternity & those that remain here will pick up mutations of Chaos that come with even short stays in these places. Undead of the lowest denominator & demons of every strip haunt the landscape tormenting them. 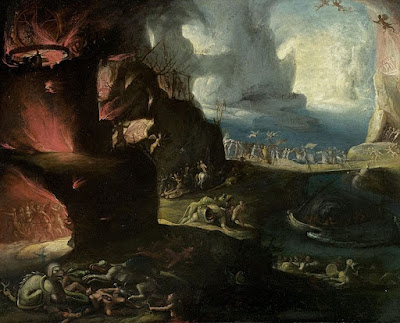 Here they continue to act out the nightmare dream cycles of their own destruction as other demonic entities consume them. These are not settings to be taken lightly as those that entire these nightmare lands through simple black magick gate rituals are subject to the laws of these settings of Chaos. There are hundreds of forgotten saints & gods that haunt these dimensions. Often these places orbit dead stars while other forgotten creatures howl their praises to long dead patrons. Dretch sporting 1d8 mutations haunt the by ways and trails of these places often lurking along particularly dangerous open sewer like pits along the landscape.  Quasits scurry across the land drawn by the specticle and violence of the place. They feed on the damned & will be drawn to any evil or depravity as larger demons feast on any Quastis who survive the carnage. Larger demons will have treasure type M or better stashed in caches along edge of these quasi Hells There is a 20% chance of another Hellish mercenary looking off an easy mark and he or she has been drawn to the PC's. 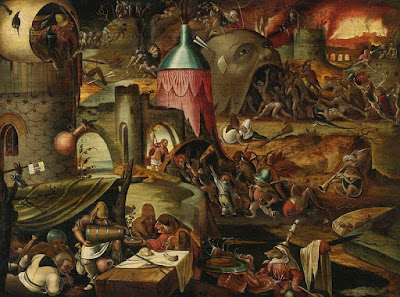 "The desert of Soom is said to lie at the world's unchartable extreme, between the lands that are little known and those that are scarcely even conjectured. It is dreaded by travellers, for its bare and ever-moving sands are without oases, and a strange horror is rumored to dwell among them. Of this horror, many tales are told, and nearly all of the tales are different. Some say that the thing has neither visible form nor audible voice, and others that it is a dire chimera with multitudinous heads and horns and tails, and a tongue whose sound is like the tolling of bells in deep funereal vaults. Of the caravans and solitary wanderers who have ventured amid the sands of Soom, none has returned without a story to tell; and some have never returned at all, or have come back with brains devoured to madness by the terror and vertigo and delirium of infinite empty space.
..Yes, there are many tales, of a thing that follows furtively or with the pandemonium of a thousand devils, of a thing that roars or whispers balefully from the sand or from the wind, or stirs unseen in the coiling silence; or falls from the heavens like a crushing incubus: or yawns like a sudden pit before the feet of the traveller....
But once on a time there were two lovers who came to the desert of Soom, and who had occasion to cross the sterile sands. They knew not the evil rumor of the place; and, since they had found an abiding Eden in each other's eyes, it is doubtful if they even knew that they were passing through a desert. And they alone, of all who have dared this fearsome desolation, have had no tale to relate of any troublous thing, of any horror that followed or lurked before them, either seen or unseen, audible or heard; and for them there was no chimera, no yawning pit nor incubus. And never, never could they comprehend the stories that were told by less fortunate wayfarers." 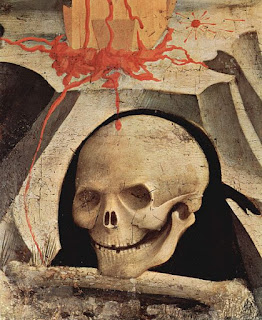