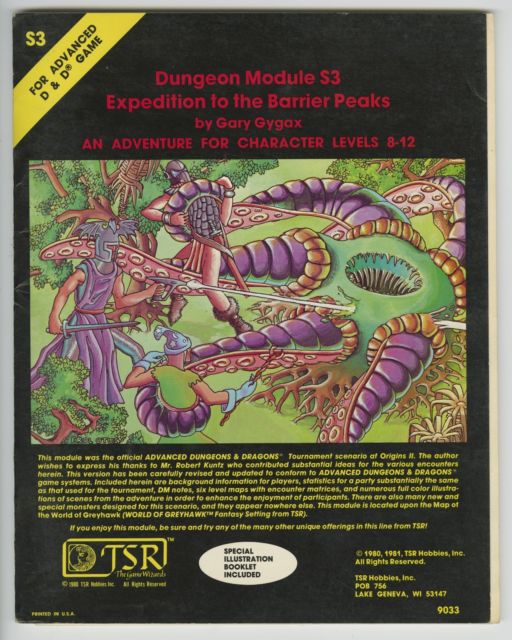 So I've had an email request for what happened in the Fall of Eighty Seven's campaign. Most of the PC's and their hirelings had survived the encounters of D3 City of The Gods but the Froggies had liberated a very dangerous relic. The cult brought down upon the world of Blackmoor 'the Warden'. The heroes were in huge trouble & so was the Grand Duchy of Geoff in Blackmoor.
That's when the monsters started to show up & by that time our little group had grown to eight players. We modified what my uncle needed to on the fly. There were those PC's who had played in the last adventure & knew the Egg of Coot's influence on events behind the scenes.
We were not the only ones aboard the Warden, the Froggies had made it aboard but some sub combed to the androids & monsters.
Throughout the whole adventure that fall my uncle wove Gamma World influences & setting tidings. This was a smaller craft & connected with the main ship the Warden but how was not something we ever entirely found out.  The sky ship was a stinking maze of danger, death, and old school weirdness. 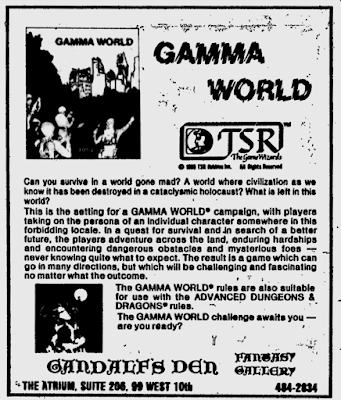 This was a campaign adventure with influences that filtered down with A Princess of Mars, Heavy Metal the movie, Thundarr the Barbarian, and even to a certain extent Jonny Quest. This was a grand game in which the Froggies were looking for the avatar of their god and they found it in the Frogmouth.
It finished off a good chunk of the cultists but enough to cause our adventurers plenty of trouble.We survive quite a few of the encounters but a few proved to be a bit much. We were young, a bit naive, and very inexperienced. Lots of our PC's died by the score. The vegepygmys saw to that & they were deadly combatants. The cultists from the Temple of The Frog still had a score to settle with us. 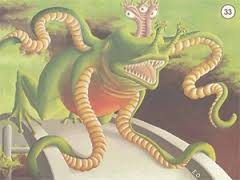 A "cute little bunnyoid on the stump" was responsible for more deaths then anything else except for the karate master and boxing instructor androids. 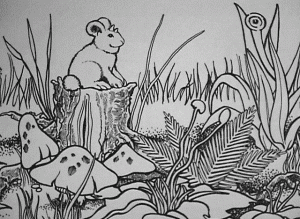 The Froggies almost gained control of the ship & the resources would have ended the campaign in monsters & flames but our party had staggered through. We lost lots of good PC's but we managed to survive the experiences.
There were several differences between the normal module and our campaign:

S3 Expedition The Barrier Peaks remains an old favorite but we're not done by a long chalk. The campaign in the Fall was a prelude to the coming darkness and not all of the super science relics we had recovered could help us against what was coming!