There are tribes of murderous warriors of whom the “Esquimaux” will not speak for their name is taboo & they're existence is abominable to the sight of man. These beings dwelt near the plateau of Tseng & Leng. They mated with what was there. The results were not human but beings that look like a sort of man with yellow reptilian skin. They raid “Esquimaux” villages for slaves, food stock, & sacrifices. These beings are hated enemies of all mankind. 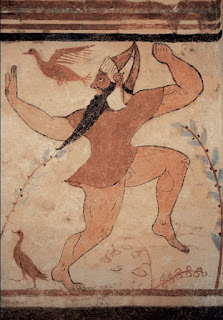 "That night had the news come of Daikos’ fall, and of the advance of the Inutos; squat, hellish, yellow fiends who five years ago appeared out of the unknown west to ravage the confines of our kingdom, and finally to besiege our towns. Having taken the fortified places at the foot of the mountains, their way now lay open to the plateau, unless every citizen could resist with the strength of ten men. For the squat creatures were mighty in the arts of war, and knew not the scruples of honour which held back our tall, grey-eyed men of Lomar from ruthless conquest."
Polaris  (1918)
by Howard Phillips Lovecraft


The Maux wear brightly colored lamellar armour made from the bones of their enemies, sea animals, & the occasional cannibal Gnophkehs.They have fought the tall, grey-eyed men of Lomar for centuries & have no honor at all. They murder in the name of gods written of  in the Pnakotic Manuscripts.  These beings worship Chaugnar Faugn , they practice Rhan-Tegoth's rituals, & their most sacred location is of Xiurhn. They have become very dangerous raiders, pirates, & murderers in the night for many tribes along the fringes of the Earth. 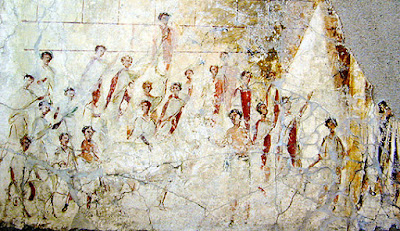 The Maux make blades forged from the sacred metals of the sky birds found in the hills & mountains surrounding their villages.These wicked blades are +2 weapons coming in short sword, hand and a half sizes, & sometimes bigger. These beings also make the tribal masks of their ancient gods forged with the living fungus found in the low slung caverns below the volcanoes near their homes. Their flesh is tattooed and impregnated with the parasites of Rhan-Tegoth.

This allows the elite warriors of the Maux to survive in all kinds of adverse conditions including for a short time the vacuum of space. Recently the Maux have been found living and raiding in the fringe asteroids of Saturn & in Jupiter's shadow. 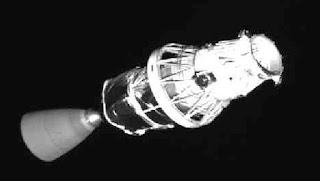 The Maux often salvage any craft or space debris they can for use on their own in creating
bio created raiding craft. The Maux have fast space borne bio created living space craft that they ply the belt with for raids, slaves, and worse.

Alignment: Chaotic Evil
Size: M
Movement: 60
Dexterity: 16
Armour Class: 5
Hit Dice: 6
No Attacks: 1 (weapon or bite)
Damage: 2d6+1 or per weapon
Saving Throw:14
Morale:10
Experience Points: 525
Treasure: S,U
The Maux are becoming an increasing threat in the Old Solar system as they infringe upon the colonies and works of mankind and his allies. The insanity and horror that they create is unprecedented along the fringes of space.