'Skulls of the Far Travelers' Artifact For Your Old School Campaigns

'What is this thing master?!' Ashton the mutant's voice bordered on the low scale of grating & rose to a point of not quite but almost sniveling. He lifted the object d'art from its ancient resting place.
'Oh be careful with that you.' the statement had the tiredness of one whose used to but happy with the help or in this case Shatock The Mad was simply tired from the journey into the ruins. It was sometime before the dawning triple suns.
'Its far heavier then it should be master'
'Hmm oh yes that's because its not entirely here old wretch' Shatock The Mad was studying a piece of strange floor work. The details were a diagram of stars & planets.
'Why would we want an old skull with two metal balls in its eye sockets master? Its a gaudy and strange thing' 'It looks very dangerous?!'
'Of course its dangerous you wretch. Why do you think we're down in this ruin before dawn now bring it here' , Shatock The Mad voice trailed a bit, there was no venom left in the old black wizard at this point only the jaded bits of personality that passed for his mind.
The mutant brought the artifact over to the wizard but then tripped on an odd bit of stone. Reality seemed to bend, fold, & break into tiny pieces around the horse skull like artifact.
'Well that was unexpect...' the voice trailed into infinity as the two fools were pulled by the artifact down corridors of the Outer Darkness.
'Mas..?' 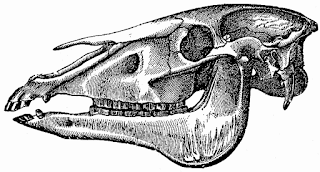 'Skulls of the Far Travelers' are both relics of the ancients & objects of the 'Art' they were created sometime back before the Ancient Ones met their end. A wizard or artist simply known as 'He Who Wanders' created these objects & each one is made from living metal like stone in the shape of a horse skull. Why is unknown but speculation among certain groups of black wizards is because the skulls symbolize great journeys, & they are seen as spirit animals of freedom. Because that's exactly what The Skulls of the Far Travelers do. Each skull with the planet rise of certain planets & ancient stars can teleport the owner 1d20 light years toward a specific unknown location through the Outer Darkness. Writ throughout the interior of the skull are thousands of tiny alien symbols that form a sort of cosmic road map of the skulls comings & goings. Only a 'read magic' spell will begin to trickle some of the information from the skull. Each skull are individual objects & over the centuries have developed a sort of whimsical & dangerous spirit personality. They get passed from life form to life form via chance or circumstance gathering bits & bobs from each owner & hand they move through. Often this through games of chance or other forms of gambling. 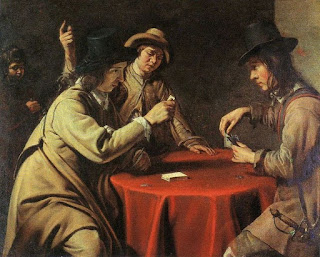 The 'skulls of the far travelers ' are more then merely another relic of super science & sorcery for within each one is a spirit that holds the knowledge of the Ancient One's comings & goings across the stars. These skulls are keys to caches of forbidden knowledge & pieces of science long lost to modern wizards. Unlocking these secrets is more then merely knowing the proper names of these spirits. The owner must go where & when the skull takes him or her. Once per day the skull will teleport itself and its owner across the universe where the threads of fate need them. Or it could simply blink itself and its owner a mere two feet to the left or right by thirty feet. The sound of thundering hoof beats or the whinnying laughter of the spirit of the skull echoes into the nothingness of infinity. If used as a weapon they can teleport without error a target within a forty foot radius of line of sight 'away' from the owner. Only the Skull of the Far Traveler knows where the target has gone. Get it to tell the owner is another matter entirely. 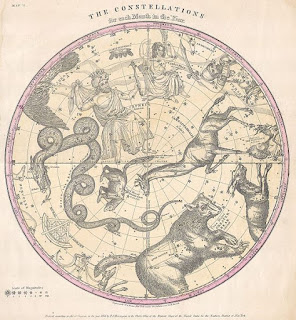 The 'Skulls of the Far Traveler' are far more then they seem for these objects are also tools that can be used to unlock the dimensional gate systems of the 'Ancient Ones'. But to do this one must know the names of the spirits of the skull & parley with such spirits. They will be very unsettled & slightly dangerous for they have alien & very whimsical senses of humor. These spirits may send the owner into dangerous or unsettled areas of the 'Ancient Ones'. A simple ritual with a 'summon spirit' with the skull will invoke the spirit  of skull but the wizard must have his or her proper name & a damn good reason for invoking the spirit. These spirits have lived for thousands of years & have very weird personalities picked up over centuries of existence. If angered to the extreme they can gate in 1d6 demons or minor undead or even send the owner and 1d6 others into the Outer Darkness randomly. There will be 1d4 minor other magical abilities that the DM should generate from the Advanced Dungeons & Dragons Dungeon Master's Guide section on artifacts.
To merely begin to unravel the 'Skulls of the Far Traveler''s true names it will take 20,000 gold pieces & a read technology spell to start the process. Each skull is worth 130,000 gold pieces and they have been known to randomly teleport away if not treated well. 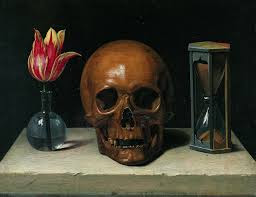 1d6 Random True Names Table
For 'The Skulls of the Far Traveler'
Posted by Needles at 7:52 AM