So last night I'm reading through my original Dungeons & Dragons Rules in the monster section and came across this curious reference to a Juggernaut," Huge stone statues on wheels which crush anything in their path. They are motivated by some unearthly force."
What a great concept for a temple guardian that moves under its own power to crush interlopers and trespassers in ruins or dungeons. A quick check of the internet turned up this illustration of a 'real'  juggernaut from India. Then I came across this explanation of these devices from The Ruins of Murkill OD&D forum poster the Archivist here," The English loanword juggernaut in the sense of "a huge wagon bearing an image of a Hindu god" is from the 17th century, inspired by the Jagannath Temple in Puri, Odisha, which has the Ratha Yatra ("chariot procession"), an annual procession of chariots carrying the murtis (statues) of Jagannâth, Subhadra and Balabhadra (Krishna's elder brother).

The first European description of this festival is found in the 14th-century The Travels of Sir John Mandeville, which describes Hindus, as a religious sacrifice, casting themselves under the wheels of these huge chariots and being crushed to death.

The figurative sense of the English word, with the idea of "something that demands blind devotion or merciless sacrifice" became common in the mid-nineteenth century. For example, it was used to describe the out-of-control character Hyde in Robert Louis Stevenson's Dr. Jekyll and Mr. Hyde. Other notable writers to have used the word this way range from H.G. Wells and Longfellow to Joe Klein." 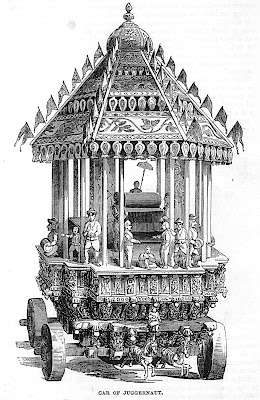 A further search turned up this wheel from  The Sun Temple. Konarak. India its a Stone Wheel Juggernaut. So these things are giant mechanisms that guard dungeons, ruins,etc. crushing anyone or anything that gets in their way for their gods. Can you imagine something like these horrors equipped with eyes from Empire of the Petal Throne or weaponry? The mind boggles at the possibilities for using these.
Where the heck have these things been and why haven't I been using them!?! 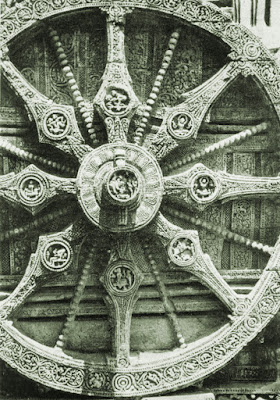 When I first read about them at about six am this morning I suddenly thought of Ray Harryhausen's Talos from Jason & The Argonauts. I can see these things guarding the workshops of the ancients or the gods.  The awakening of Talos was one of those,"Oh crap' moments from movies when I was a kid. It also had me thinking for years about what else might be in that valley from Jason and the Argonauts. This brings up the 'living statues' from OD&D. These can be some of the most dangerous and vicious monsters in a dungeon if used right.

Over the years I've used living statues as a sort of pesdo life form sort of as a warm up by the gods to mankind. Various wizards & Magus have wormed the secret of their construction from the ruins, workshops,etc of the gods. Dreams in the Lichhouse goes into a lot more details about them and has a very good breakdown of them.
I definitely can see using Living Statues in my own Accursed Atlantis setting where they're guarding and dwelling within the ruins and workshops of the ancients. They maintain and guard as best they can the places of the gods and Order even as time has its way with these ruins. 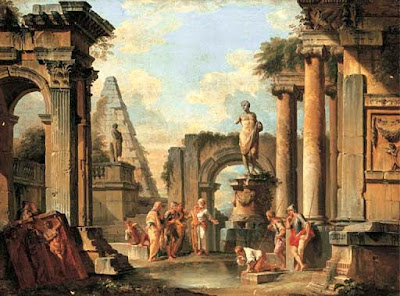 These two monsters scream sword & sorcery to me and seem to be some of the most under utilized monsters in the dungeons.