Back To Basics - Basic Dungeons & Dragons Can Do Science Fantasy Commentary

Time and again over the years of quietly going full steam into the OSR, I've seen original and Basic Dungeons & Dragons used over and over again for science fantasy role playing. From Carcosa to a ton of home made campaign settings a number of which are very well professionally done affairs. Dungeons and Dragons does it right again & again. Not to mention the original Empire of the Petal Throne rpg by TSR. Well, D&D does it really well and I've been quietly studying this over the last day or so. But I have a problem. 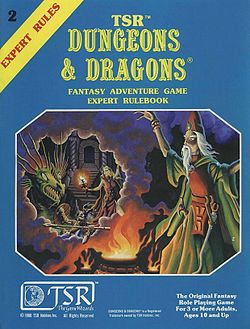 Hi my name is Eric and I'm a sword and planet slut. I admit my problem is that I love science fantasy worlds and settings. Personally I blame Edgar Rice Burroughs and my dad for this disease and its not getting better when I've got friends like Terje Nordin feeding free sword & planet settings like Xuhlan. This is sort of a Conan on Tatootine for OD&D,and all retroclone goodness you could want including a basic Psionic system built in. It it clocks out at forty two pages of old school awesomeness.
There are few reasons why to go down the Basic/Expert route, the game is concise, offers caps on levels, and is easily modular enough to offer some customization as the DM requires.
The setting is easy to fit into your own vision and it can be used as a jump off point or another planet setting for PC's to visit. Best of all its modular and can be used as a tool box to swap out or use what you want for your old school campaign.
According to the authors blog  -

"Five or six years ago I played with an idea for a science fantasy sword and planet style campaign that I originally thought of as “Gamma Barsoom” or “Conan on Tatooine.” After having toyed around with the concept on and off for a couple of years it was put aside as I prioritized other stuff. I’ve been thinking about revamping it as a collection of random tables like all the cool kids are doing but since that's not likely to happen anytime soon I decided to just make it available here. At least it will feel like it got completed in some way and perhaps someone will find something of interest here."
In this pdf you will find:
* A campaign map with one interesting feature for each of the 99 hexes
* A description of the city of Yankara with important places, people, factions and rumours
* New monsters, including the Alien Gods
* House rules for psionic powers and combat
* Super-science artefact's, including the Witch Stones
* Other bits and pieces for science fantasy campaigns

It's basically got everything you need to go adventuring on a pretty solid little sword and planet setting in the old school tradition. And yes I enjoyed the hell out if it. Its got everything you need to get started with your players in an alternative sword and planet setting right now! There's even an appendix 'N' and its freaking free so grab it tonight and start in on it!
But what the hell are you going to do with it? Well this would make a great port over setting for a Warriors of The Red Planet party or put over your Swords and Wizardry PC's to liven things up with some alien horrors from the depths of Xuhlan's dungeons and ruins tables. With a bit of forethought Xuhlan's monsters, ruins, and some random tables could be used to pepper classic Isle of Dread with some science fantasy goodness to turn the pulpiness up to eleven and really bring home the idea of the 'lost world' elements & the non human races perhaps as aliens. The Isle of Dread could used  as dimensional gateway access point  to an alien planet setting. This  has use as a possible campaign touch stone. 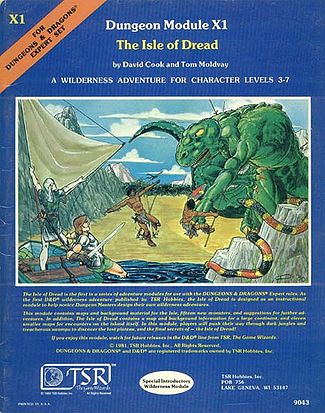 Really there's a ton of stuff that this setting can be used for. Its not a bad little setting to play with really. 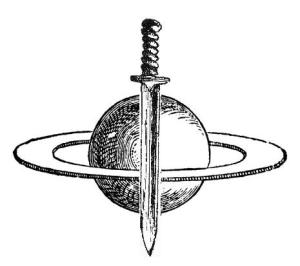