One of the free downloads from the Blackmoor Archives is the download on the Sightless Sisters. An organization of seer warrior women who could be a Mystara  or Blackmoor faction. For the Dune fan they have a Bene Gesserit style sisterhood of seers.

"The Sightless Sisterhood was founded by a small band of blind but exceptionally talented women
warriors. This group seeks out blind women who show promise and trains them in the ways of sight- restricted combat. The Sightless Sisterhood stands for justice, honor and acceptance. Each Sightless Sister  wears a small tattoo of an eye on her calf to
symbolize her membership.
To most people, sight is a means for survival, but to Sister, sight is a meaningless fetter. Sightless Sister is a woman who has lost her sight, either naturally or by magical means. She makes up for this lack by developing her other senses to extraordinary heights through intense physical training." 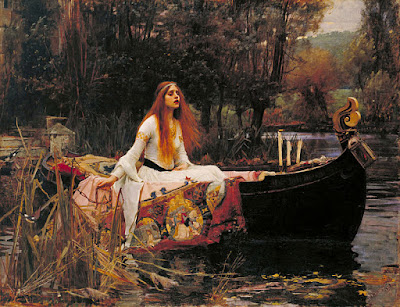 Developed by by Paige Leitman or  Stewart Larsen  & Justin Hamil; these are the sorts of players on the board of Mystara where cosmic powers are at work. The Egg of the Coot becoming active is just the sort threats they were designed to handle. They have good relations with the various temples, churches, etc. of Mystara. " The Sightless Sisters accept and promote the veneration of lawful and good gods, particularly Henrin, Fronaus, Khoronus, Odir, Dhumnon, and Shau. Therefore the Benevolent Order of Sightless Sisters has very good relations with the various churches and organizations that support these deities.
They also have favorable relations with the Kingdom of Blackmoor and the Regent of the Mines."
They suffer the wrath of undead & have been meddling in Mystara politics for centuries. There are a wide variety of scouts, spies, etc. for them that they've got winding through the campaign setting of the world. 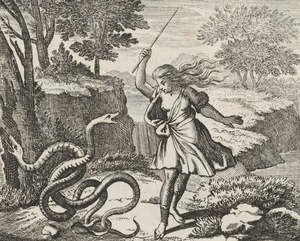 The Sightless Sisters there for make an excellent addition to campaign world as a faction where warrior seers are needed. They can also be easily adapted into a party as a viable option for players. Even though this is a AD&D 3.0 edition download there are optional ways of adapting such classes into AD&D first edition retroclones such as OSRIC.

The fact is that a faction of seer warrior women can be a welcome addition to a party of adventurers. The level of weirdness that we often see in a Mystara is perfect for these adventurers. Will this faction become a major player in your campaigns? 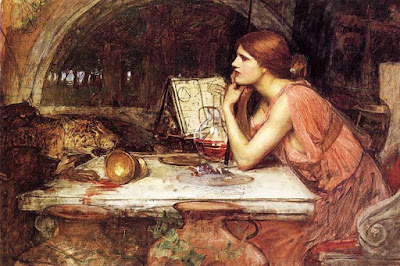 Well that's going to be up to your dungeon master & players as the sightless sisters can play the middle ground of political manipulation all of the while putting forward their own agenda.
YOU CAN DOWN THIS FREE PDF RIGHT HERE