With huge apologies to Stephen King & his publishers, this is the recollections of a very despite dungeon master way back in the bad old days of the Eighties. The winds of Fall blow in some unique memories of another time and DYI Dungeons & Dragons campaign. Well sort of. 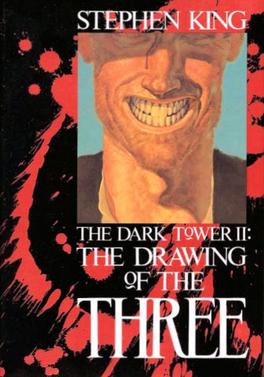 This is the front cover art for the book The Dark Tower Book II: The Drawing of the Three written by Stephen King. The book cover art copyright is believed to belong to the publisher, Grant, or the cover artist, Phil Hale.

So its Saturday, the cold November winds are blowing through the streets of Torrington, Ct.. And I'm standing in front of the Torrington library on a Saturday morning thinking about the 'Last Stand of The  Jameson Ka-tet '. 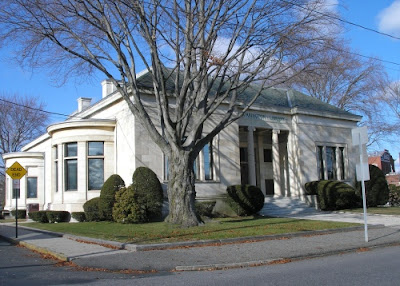 This was another time & place folks come with me now back down the annals of history to 1987 when Stephen King's The Dark Tower series entry
The Dark Tower II: The Drawing of the Three ruled the book stands. Way back when I would get together with friends on a Saturday morning to play at the library. This was under the pretense of 'studying' of course but we'd be playing D&D or AD&D hardcore. Of course this Saturday they were looking for something different either TSR Marvel Super Heroes, Gamma World (a Torrington favorite btw), or AD&D 1st Edition or D&D (there really was no difference in these kids minds). But this Saturday the only thing I had was my copy of Stephen King's The Stand, The Dark Tower, The Drawing of the Three,  Boot Hill, The AD&D Player's Handbook & my AD&D Dungeon Master's Guide. I grabbed the wrong pile of books!? I had left Gamma World at home!?
Little did I realize that I was about to embark on one of the longest running campaigns ever. I had about fifteen minutes to come up with something new, dangerous, and playable. I spied my copy of Boot Hill & the conversion rules & guidelines in The First Edition Dungeon Master's Guide. 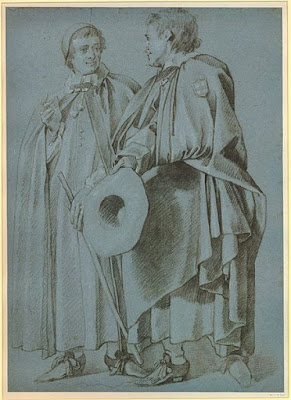 I had the players take on the roles of a party (Ka) of gunslingers (each one was a traditional D&D character class with the addition of a weapon of their choice) who were on a holy mission into the wasteland after the disappearance of Roland so many years ago.  The party woke up on the trail to Los Vegas where Randal Flagg was holding court.
The party made their way into the ruins of Los Vegas which Captain Trips had done its work and needed to avoid the armed minions of Flagg in order to recover the Colt Navy Excalibur from an abandoned gun shop.  The PC's didn't know that they were on the clock as Vegas was going to go up in a nuclear fire ball that night.

Photo by Hmaag
They made their way through the dust choked streets in an abandoned part of town and ran straight into a series of roachstrotities who poured up from the sewers & a party of slow mutants who had made their home within the remains of the gun shop.
They did everything in their power not to fire their guns lest they attract the attention of the city guards whom they had observed upon arrive were far better armed then them.
Did they get Excalibur? Yes they certainly did but they were cut down after getting into an extended fire fight with the Vegas city watch! Except that the wizard survived and made his way to New York City but that kids is another story. The damn wizard had survived & the adventure was a hit, suddenly I had to spin whole cloth another campaign. The players went home and rolled up new PC's & I was committed to another Saturday campaign!?!

So what did I learn about this little foray into the deep end of DYI D&D & AD&D? Well first thing I did was check out some books from the library on Arthurian legend and lore then grabbed a stack of Time Life Old West books! Then I calmed down & reread the Stand "The Stand is a post-apocalyptic horror/fantasy novel by American author Stephen King. It expands upon the scenario of his earlier short story "Night Surf" and outlines the total breakdown of society after the accidental release of a strain of influenza that had been modified for biological warfare causes an apocalyptic pandemic which kills off the majority of the world's human population."
I also learned that on Monday that one of the seniors in my school system who ran a complex Greyhawk campaign said," That I had ruined Dungeons & Dragons." Yeah it was one of my third or fourth encounters with one of 'those' guys. It would not be my last folks.  This campaign lasted some ten years and would see numerous PC gunslingers of every description known to man come in and out.  This blog entry isn't an attempt to violate the trade mark nor copyright of any of the properties of Stephen King's work, nor the trade mark nor copyright holders, or the publishers for that matter. This is merely a blog entry for entertainment and educational purposes.
This was one of my favorite campaigns & taught me how to manage both a D&D and AD&D first edition campaign on the fly. The fact is that your abilities to think on your feet and go with the flow of where the players take you as a DM will allow you to build upon what they create for you during play. This was one of the greatest things that the players taught me.
Thankee, Sai
Posted by Needles at 10:18 AM