The other day I was zipping around the Internet & came across a reference to the Partridge Creek Beast, a modern day dinosaur survivor in all of places the Canadian Yukon! I've always been a fan of Cryptozoological sightings which along with the "Ecology of" articles from the pages of Dragon Magazine back in the Eighties through middle Two Thousands. The Beast appeals to me as a dungeon master on all kinds of levels from the lost world setting weirdness to the unexpected menace just waiting to be come upon by adventurers. All of the following information came from Crypid Wiki site right over here.


"The Partridge Creek Beast is said to be a living Ceratosaurus seen in the Partridge Creek area of Yukon Territory, Canada. This creature terrorized local moose and caribou herds with its powerful, muscular build and ferocious mouth, but did not significantly change the populations.
This creature is said to be 50 feet long, be 40 tons in weight, solid black in color, be bipedal, have boar-like bristly hair, sharp teeth, and a single horn on its snout. It was said to roar loudly and have an appetite for caribou. It's footprints were 5 feet long and 2 feet and 6 inches wide with claws 1 foot long. Its tail impression was 10 feet long and 16 inches wide. It resembles Ceratosaurs and other theropods."
Spotted in 1903 the beast was an interesting beast to say the least:"James Lewis Buttler and Tom Leemore were hunting moose near Clear Creek when the animals they were stalking burst away in a sudden rapid fright after having been extremely quiet. They discovered the gigantic tracks of some animal that appeared to be a tail impression. They followed it for a while, until the tracks disappeared into a deep rocky gorge. They later met Georges Dupuy, Fr. Pierre Lavagneux and five unnamed Indians who agreed to search for the monster. They were initially unsuccessful but eventually encountered it near their campsite. They observed it for about 10 minutes and had a very clear look at it."
It was spotted again in 1907 again;"Lavagneux claimed to have seen the creature again in the same area on December 24, 1907. It carried a deceased caribou in its gaping jaws and left tracks identical to the tracks recorded four years earlier.
As these are the only sightings and they took place more than a century ago, we may never know what Lavagneux and his party really encountered. Lavagneux claimed it was a Ceratosaurus, which fit the description of the beast they saw. If it is, and the creature (or at least its remains) could be found, its existence might offer solid proof that dinosaurs were warm-blooded; because a large cold-blooded reptile would have little hope of survival in the northerly climes of the Yukon." 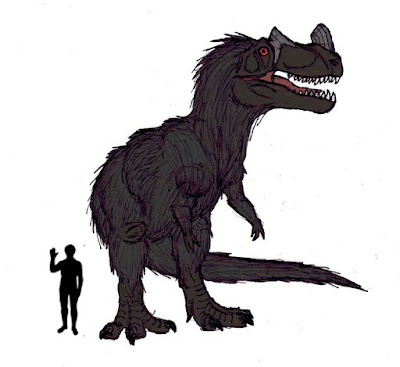 the Partridge Creek Beast
So how does this relate to old school gaming? Well, actually we can take the Partridge Creek Beast as a way of possibly reskinning a common monster into an unexpected setting to surprise or horrify players. Imagine coming across this beast on your way to ruin or temple in the wastelands of Hyperborea or some other sword and sorcery setting. Better yet this could be a way of incorporating in some favorite prehistoric species of monster into your old school game adventures. One of my favorite books for creating dinosaurs is Lamentations of the Flame Princess's World of the Lost . 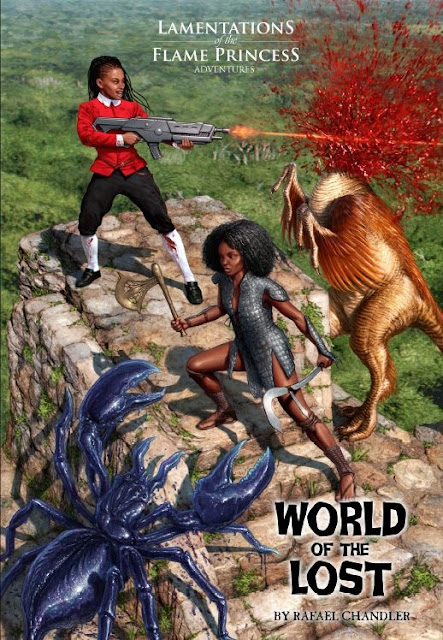 When it comes to designing adventures and the settings where lost worlds take place  the Partridge Creek Beast is a bit of a game changer. You can use arctic and sub tundra settings as a possible campaign setting to place prehistoric creatures in within the context of a radical departure from the normal run of the mill D&D material. This sort of a setting could be imported into a more traditional campaign such as the Hallowed World or another weird world pulpy campaign.
The idea of the isolated location with an unexpected encounter makes things interesting & more then slightly dangerous. The situation seems  to resemble a Canadian version Valley of Gwangi from Nineteen Sixty Nine.
"The Valley of Gwangi is a 1969 American western-fantasy film directed by Jim O'Connolly and written by William Bast.[1] It stars James Franciscus and, in their final film appearances, Richard Carlson and Gila Golan. It was filmed with creature effects provided by Ray Harryhausen" 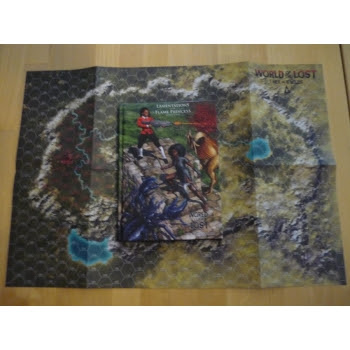 Here we have an alpha predator whose actually at the top of an adventure setting food chain perhaps guarding the ruins of some ancient temple or other important adventure location. The advantage of this sort of a game is that the focus will be on the treasure & not on the prehistoric ecology of the scenario.

The set up comes in with a quality of the unexpected as the DM unleashes the boss creature upon the players. The combination of adventure & weirdness means that the DM is going to have to populate the adventure setting with some odd monsters from across the ages of dinosaurs & Ice age mammals.

For OSR games such as Labyrinth Lord or Mutant Future these sort of Tundra or Arctic mutations are right in line for these sorts of campaigns. In The Basic Fantasy Rpg this sort of a situation is tailor made for creating a unique or an original campaign especially one set within the confines of an old school pulpy weird prehistoric Ice Age style campaign world.  All of this could tie back into 'the creature as god' of its realm and setting. A monster who is both master & god in one setting similar in fact to the 1933 King Kong film later emulated but not topped by the 2005 Peter Jackson 'King Kong' remake.


What this presents is an idea of an adventure setting as both location & perhaps domain resource, a fact that can be exploited by games such as Dark Albion or Adventurer, Conqueror, King or classic BCMI D&D. Canada is perhaps a prehistoric realm waiting to be exploited by adventurers across a campaign setting where America as a whole is a relatively unknown piece of Terra Incognito. Perhaps these types of monsters represent unbridled nature as a type of divinity or petty god waiting to eat any invaders to their worlds. 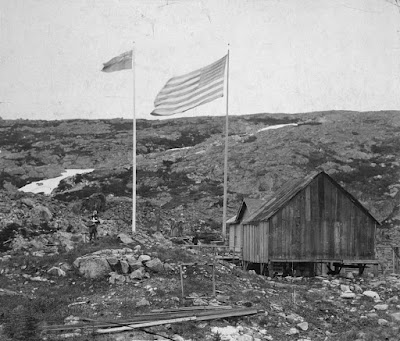 The Partridge Creek Beast offers dungeon masters unique opportunities to exploit player's perceptions and add monsters perhaps that they haven't used before. Winter Wolves coupled with ice giants make great villains for such campaigns. White Dragons, Frost Wyrms, & Frost Giants all go well together as addition apex predators such as a Remorhaz. These monsters are perfect additions to the world of The Partridge Creek Beast. 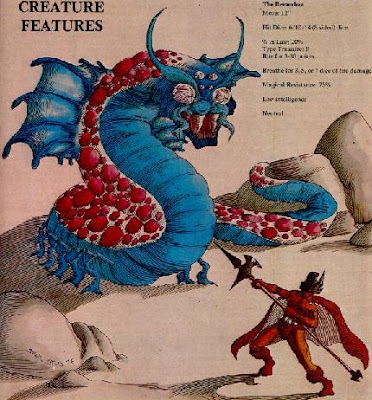 The Partridge Creek Beast legend offers a unique opportunity to add another otherworldly and unexpected element of adventure to an old school campaign. The odd & downright dangerous nature of an encounter with this beast from some ancient & unknown past will offer all kinds of adventure opportunities. Some for a DM willing to add something unique & weird to their own games!