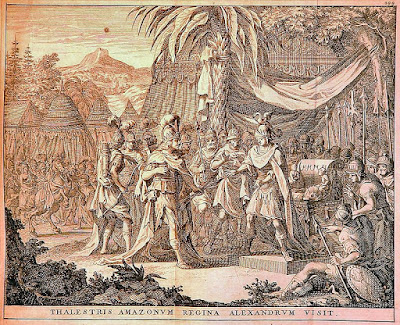 The influence of the Amazon nation though out the world has become a part of ancient myth and legend. Many of the heroines & blessed warriors were killed during the fall of Troy. They're treasures were scattered to the winds and the pages of legend. Many Amazonian knights, paladins, and warriors of their gods now quest for these legendary artifacts. They have appeared in the oddest places and as a part of some of the most legendary dungeon ruins in history.
Legends also hold that these treasures carry with them the curse of Hercules which carries with it a heavy weight of the ages. Anyone who does not ask for the blessing of the god will be under a minor curse when using these treasures.
Posted by Needles at 10:31 PM