'Are You Not Entertained?' Commentary On An OSR Combination of DDA1 Arena of Thyatis & Chaosuim's Thieves World 1981 Box Set As Fodder For Old School Campaigns

I got a chance to play catch up over the holiday with some very interesting old school dungeon masters whom I usually catch a beer or two with. We were talking about low level adventures & introducing sword & sorcery PC's into a higher level old school campaign setting without slaughtering them. There were some interesting discussions but one of the more interesting options that came up was using Thieves World Roleplaying Game (Boxed Set)  & DDA1 Arena of Thyatis to introduce the PC's into the urban wilds of the edge of the Rankan Empire. "Thieves' World is a role-playing game published by Chaosium in 1981, based on the Thieves' World series of novels." So its right in that old school Eighties Sword & Sorcery campaign melting pot. 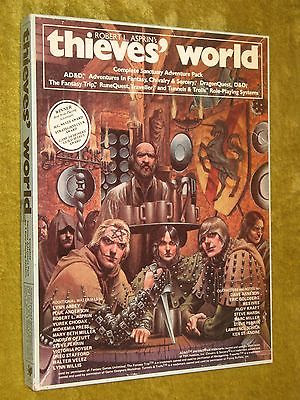 In the original module the plot goes something like this;"the PC's become involved with a Thyatian senator and end up fighting in the Coliseum of Thyatis"
So basically we switch out the Thyatian elements  & insert in Rankan NPC's &  campaign elements instead.Why do this? Because this is a low level adventure & enables the PC's to climb the ranks & come to hate the Greco Roman aspects of the old school campaign world. There are samples of the type of dungeon crawling that one might find in a sword & sorcery world. 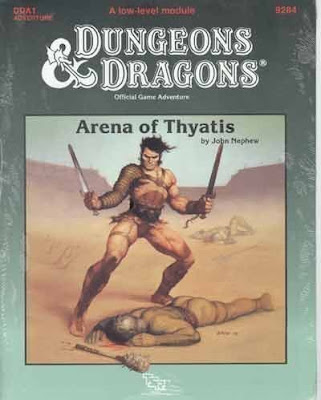 Here the PC's have a completely difference focus on a vile villain  and in this case its the Thyatian (Rankan) senator & end up fighting in the Coliseum of Thyatis (The Rankan Empire). By the time they get to the second module in the Legions of Thyatis series they'll be at least 2nd or 3rd level if they survive. Which means the second adventure module  Legions of Thyatis gives them a whole level bridge gap to deal with. "Legions of Thyatis contains a scenario in which the players continue to oppose a corrupt Thatian senator. The players have to venture into a labyrinth of catacombs to prevent the senator from eliminating the wards that protect Thyatis City from the monsters in the subterranean realm beneath it." So this takes the party of adventurers & PC's up to forth level. This is just in time to smuggle them into Sanctuary and its dangerous environs. Thieves World was completely shared world that worked along a Gygaxian NPC ecology. This makes it perfect sword & sorcery fodder by taking the PC's from the lower tier into the ranks of adventurers without whole sale BS slaughter. This is a chance for the PC's to be in the central lime light. It can also become a transition point for AD&D 1st edition adventures later on. 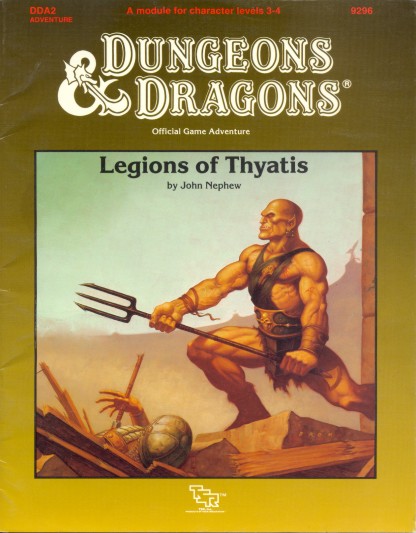 So why use gladiatorial games as a way of introducing PC's into an urban old school campaign box set environment like Sanctuary? There are several reasons for this; the bonding process of the arena is one aspect because it teaches the players to rely on one another even though any of them might die at any time,the stakes of play are higher in a sense, & as PC's they have the juxtaposition of the arena audience with the campaign city itself.

So what does this have to do with Astonishing Swordsmen & Sorcerers of Hyperborea? Well quite a bit. Its very easy to add the Thieves World campaign setting as simply another country in the world of Hyperborea. Because the Thieves World campaign setting is humancentric the elements are all there to plug in and get going for play. All of the equipment and elements are there to simply start a game campaign going with the toss of the dice.
So here are ten more reasons why this combination of old school adventure campaign elements would work: