Commentary On An OSR Combination of B10 Night's Dark Terror, & I6 Ravenloft As Fodder For Old School Campaigns

So I was talking with a friend of mine whose home for the Easter holiday today. He's a dungeon master of some experience & with an old school background. He was talking about using B10 Night's Dark Terror as the fodder for the lands surrounding the AD&D 1st edition classic I6 Ravenloft. This gives the over all campaign the look and feel of a wild Hammer style pseudo Russian or old world country without giving up the classic D&D Gothic feel. There are several reasons why this could work and work very well; one of which is because "Night's Dark Terror was designed specifically for campaigns transitioning from the D&D Basic Set to the D&D Expert Set. The player characters (PCs) journey from a farmstead into uncharted wilderness, where they encounter new hazards and contend with a secret society" Apparently John got so fed up with his players knowing everything there is about the Ravenloft box set that he went back to the original source material where "PC's travel by river and over mountains, from the Grand Duchy of Karameikos to the chaotic lands. The characters encounter a town under siege by goblins, a ruined city, and a lost valley" . This means that the PC's are traveling through the fringes of the  lands of Count Strahd von Zarovich without arousing too much suspicions of the royal notice of the Count. "The module begins in a beleaguered farmstead. The PCs then explore more than 20,000 square miles (52,000 km2) of wilderness, with eighteen locations, including a number of mini-dungeons, a ruined city, a riverside village, a frontier town, and a lost valley, with the minions of the Iron Ring waiting for the PCs at every step." So is the Iron Ring one of the power blocks behind the mundane rise of  Strahd's rise to power. This could be hinted at the the gypsy camp on the Barovia borderlands. PC's are likely to encounter zombies, wolves, ghouls, ghosts, and other creatures. This helps to set the stage for the Gothic horror of  I6 & the tragic tale of love, lust, lost and more. 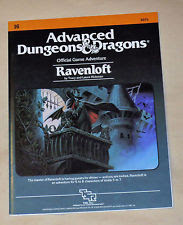 The combination of the two modules adds gravitas to the backstory of Strahd as well. "The master of nearby Castle Ravenloft, Count Strahd von Zarovich, tyrannically rules the country, and a prologue explains that the residents must barricade their doors each night to avoid attacks by Strahd and his minions. The Burgomaster's mansion is the focus of these attacks, and, for reasons that are not initially explained, Strahd is after the Burgomaster's adopted daughter, Ireena Kolyana." Its almost as if the countryside takes on the characteristics of the infamous vampire when the two modules are combined. Therefore the sum is now greater then the individual parts. 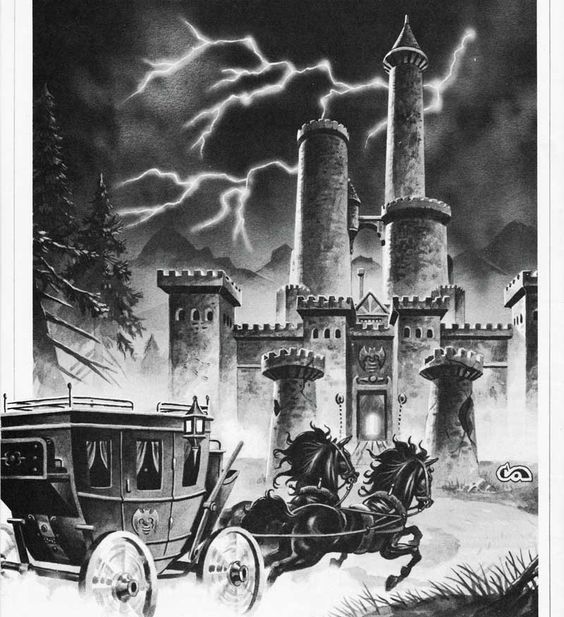 The DM gets the best of all possible worlds with this approach. Several mini dungeons & devilishly delightful mini wilderness encounters along with a mini dungeon crawl at lower levels that set's everything in the heat of the moment. There a little bit of everything before the main set up for the final show down with Strahd. 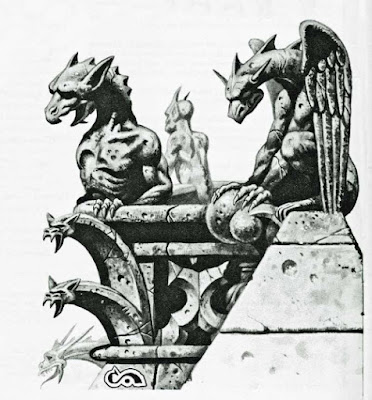 All in all this sounds like on paper a great way of having the best of all worlds by using this sort of old school hybrid approach. A bit of a Gothic guided wilderness crawl with lots of subtle changes that don't change the combination of awesomeness that is these two old school classics.
Posted by Needles at 11:20 PM