"The southlands of Eor are being despoiled. Merchants will no longer run their caravans on the main highway past the quiet village of Waycombe. The peasants are fleeing their lands, and all are demanding protection from the powerful Count of Eor. The goodly count has sent a troop of his trusted fighters to exterminate the brigands believed responsible for these outrages, but weeks have passed, and still there is no word from this force.
Now John Brunis, Count of Eor, has turned to you for aid. After taking counsel with the High Priest of Eor, he believes that a small party of cunning, bold adventurers may succeed where armed might has failed. You find yourselves faced with many mysteries!
Why has robbery suddenly erupted in the peaceful southlands? How could mere brigands be as powerful as the foes described to you by their numerous victims? Is this really mere robbery? Or is there some truth to the rumors, told only in hushed whispers, about the beginnings of a hideous plot being hatched by an ancient, vile, and evil foe of all mankind?" 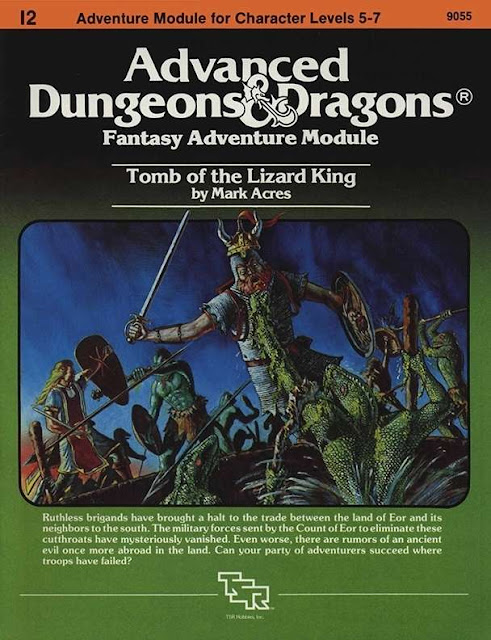 After having a beer with a friend we started to dissect & get into the backbone of I2 Tomb of the Lizard King by Mark Acres. This is one of the 'I' series which stands for intermediate player characters; believe me I2 lives up to its for " large groups of characters of level 5-7, or smaller groups with higher levels." reputation which makes this a perfect module to run for convention set ups. While I've covered Tomb of the Reptile Men the focus here on my commentary is going to be a bit different. 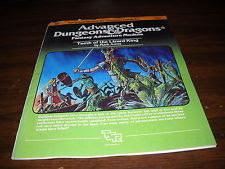 There are modules that rely on getting the PC's right into the thick of things & Tomb of The Lizard King is one of those. Straight out of the gate the PC's are involved in a set piece encounter & delivered into the southlands of Eor . A friend of mine this evening gave me a heads up with an article called Modules and adventures in Mystara by Bouv which allows I2 to be placed within Mystara but also has a killer custom map of Grand Duchy of Karameikos. 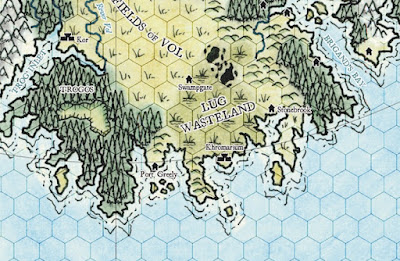 But where is Eor & the viallage of Waycombe in Hyperborea? Well that's an easy one because the pulpy action of I2 takes place within the fields of Vol. Eor is a decadent remnant near swamp gate. The lizard men are trying to muscle in on the human fodder because of the events of Port Greely. Humans are one of the resources for many of the inhuman races on Hyperborea. If the PC's have gone through N1 Against the Cult of the Reptile God then the PC's should be ready to tackle I2 because they've raised up levels or their PC's are dead. 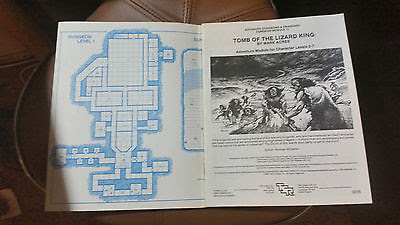 Waycombe is really one of the keys here bordering the Lug wastelands ancestral homelands of the lizard men & one of the last bastions of the serpent men before the Green Death wiped most of the evidence of the seat of their ancient empire on Hyperborea. The key here for running this is the sleight of hand set up of the module;"Tomb of the Lizard King is a three-part adventure involving a wilderness trek, a battle against brigands, and a foray into the tomb of the Lizard King" This gives an incredibly dangerous guided tour of one of the underpinnings of the reptile cult on Hyperborea. I've used this to take the cult all the way to the old serpent men works on the Hyperborean steppes. This means that you get twice the dungeon crawling potential from one or two modules. I've said before that the lizard men on the whole are actually the forth tier down on the rung of inhuman slaves to the former serpent men kings on my version of Hyperborea. The villain at the heart of I2 Tomb of the Lizard King might not be wholly unique there might be others of his ilk and condition. 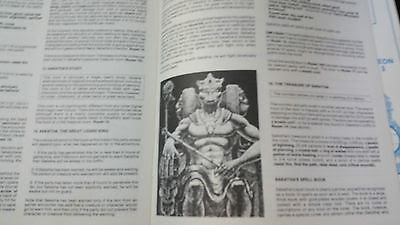 Because of the deep Greyhawk connection today that Tomb of the Lizard King has I've back tied in a star gate into the steppes of Hyperborea. Once again my version of Greyhawk is a sword & sorcery driven land not that drivel that passed off as the the western Flanaess of today. Because the county of Eor was 'officially' folded into Greyhawk, I used that knowledge to turn campaign matters & setting things on its ear by turning the realm of Eor into a decedent backwater with its own flavor & 'ahem' regional charm. A place where the reptile cult not only flourishes but continuous the way it has for centuries. Continuing what I said in my review of N1, The reptile cult should be a thinking man's enemy, they play for keeps & fit right into the Robert Howard/Clark Ashton Smith mold. 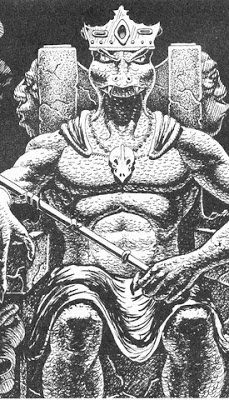 A faction of epic proportions that can challenge and lock horns with a fairly large group of players as I2 is designed to. Make no mistake Tomb of the Lizard King delivers but its only the beginning really for a dungeon master to take events to the next level. Even experienced players have told me that they dread this module with good reason. "Doug Cowie reviewed I2 favorably for Imagine magazine,[5] calling it a "one off exercise with various encounters occurring in widely differing settings" and praising the well-drawn maps.[5] Although he found the outline and "source of villainy" very similar to module N1, Cowie thought I2 was a better-presented adventure than N1 as it provides an "interesting setting, good NPCs, and some very dangerous underground encounters"" make note of those encounters because they can easily TPK a large party of experienced players with little effort. So be careful or not before running this classic for your players. I really wish that Mark Acres had done more AD&D modules of this quality, he was an incredible game designer and writer.  I2 Tomb of the Lizard King By Mark Acres remains a classic and mainstay of the old school hobby. Its accessible, easy to run, fun, and very dangerous everything I want from a sword & sorcery adventure.

Here are ten reasons why I2 Tomb of the Lizard King By Mark Acres
works: