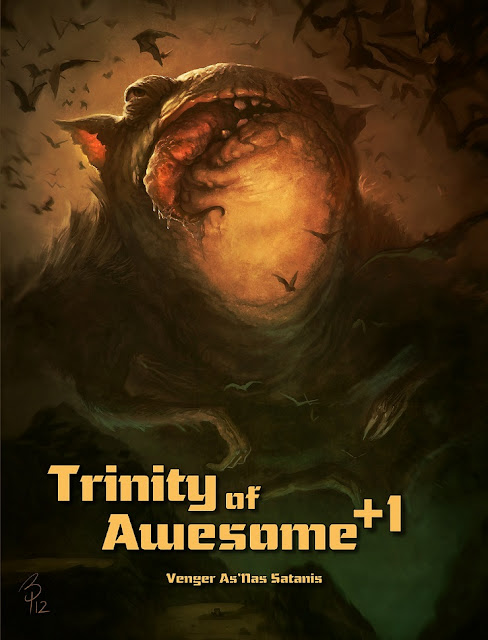 So Don Rickles passed today, Rest in peace putz. They don't make em like that anymore so in honor my friends had Kelly's Heroes playing in the background. Great WWII flick if you haven't seen it, I highly recommend it. Since I had very little time to get anything ready I faded back to one of my favorite adventures from Venger Satanis & his Kort'thalis Publishing  products.
In this case I took "A Green Jewel They Must Possess" from his Trinity of Awesome +1 adventure anthology. This is a home system adventure of Venger's a part of his Outer Presence rpg system which at best is a very ministic system highly encouraging PC interaction. Venger isn't really big on rpg crunch but my players are. So with a bit of hand waving & Raiders! of the Lost Artifacts I got the ball rolling.
There were several changes that I made to "A Green Jewel They Must Possess" right from the get go:
I changed the era from the early Eighties to a  1920's world that has been exploiting dimensional hopping technologies & the Germans are in a desperate race to get a hold of every last shred of dimension hopping & alternative world technology.
The adventure setting was changed to Ricca  one of the most wretched hives of scum and villainy in the Pacific
The jewel was starting to 'heat up' with occult energy & open doors between worlds.
Professor Fenton was looking to get his hands on the jewel for his German bosses. Things did not go as planned on that front.
So the PC's arrived back on Ricca after disposing of the last adventure's minor treasures. They came back into the harbors of Ricca which are a hot bed of pirate & smuggler activity after hearing the Green Jewel was in city.
One thing about A Green Jewel They Must possess is the weird sleazoids who are trying to deal with it's dark evil. The jewel is a perfect Raiders! of the Lost Artifacts relic because its almost an NPC all on its own with dark agenda just waiting to be sprung on the PC's. 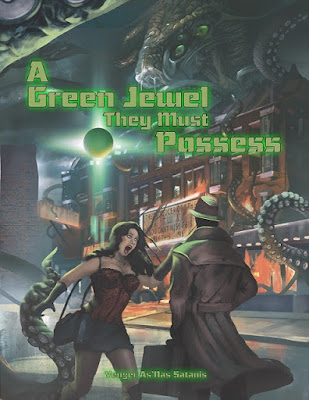 The PC's dealt with the scum that was trying to kill not only them but each other for possession of the jewel. Each of the heroes dealt with the forces of cultists & criminal scum that were trying double cross each other and the PC for the whereabouts of the jewel. There were shots fired, massive amounts of property damage, a fire, etc. but still no pay off yet. All in all it wasn't a bad night with one of the PC's getting himself shot rescuing a prostitute whose a part of one of the myriad of thieves guilds that dot the island nation. These are a part of the spy network of the Claw. 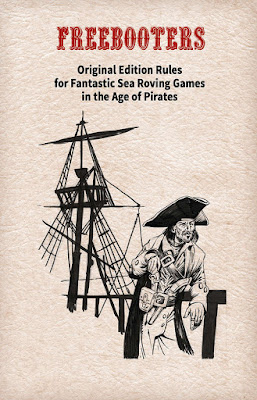 But it was the random encounters that generated some of the best bits of conflict with the pirates of the harbor. I took my inspiration from Night Owl Workshop's pirates game  Freebooters. If you haven't gotten it I highly recommend it.
Ricca is known to be one of the last havens for pirates & island scum in the Pacific. It attracts every petty warlord, outlaw, & adventurer who put sail to water. The place is a haven for all kinds of sea dogs & smugglers. 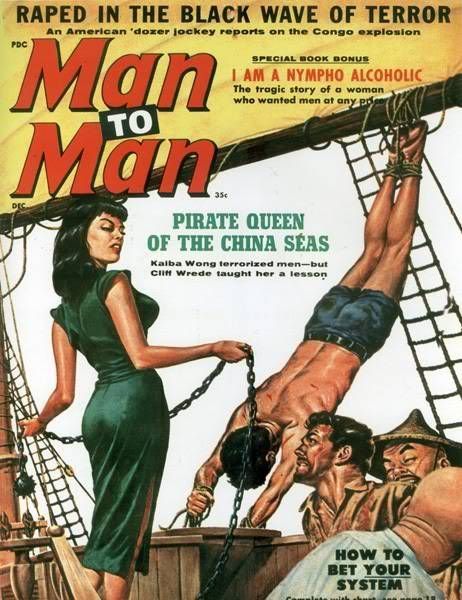