"Gazing down form the pinnacle of Hardway Mountain, who would not be drawn by the far-off glint of the Serpent's Eye? The descent will be hard, the mountains know neither mercy nor compassion. Many are the lessons to be learned, but fate has left you little choice - are you equal to the challenge?" 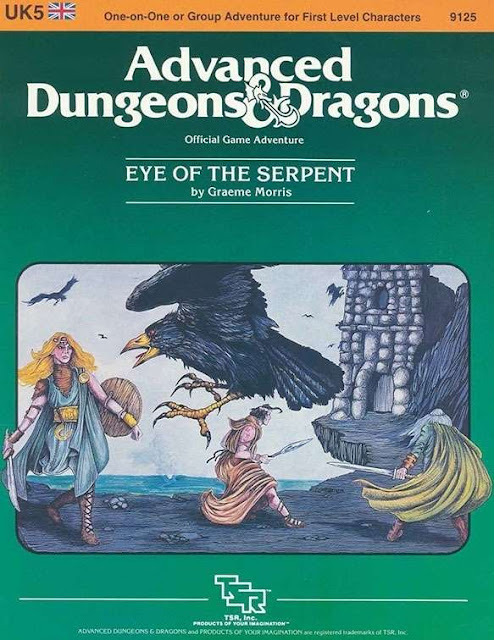 UK5: "Eye of the Serpent" (1984), by Graeme Morris, is the fifth UK line of adventures in the module series. This is a one on one style adventure aimed at putting one on one play & centers itself around the skills of rangers, druids, or monks giving a stake in the development of their  classes by dealing with the perils & hazards of Hardway Mountain. The module presents different paths to the dangers of the mountain allowing a dungeon master to vary the hazards making play unique to each player. 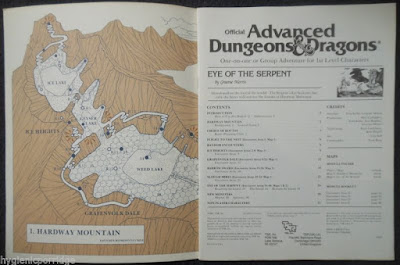 The 'one on one' format was something that the U.K. branch of TSR took from the parent company & updated this module's format as well as style of play. This is from the Drivethrurpg entry;"The idea of a one-on-one dungeon, with one GM and one player, dates back at least to "Quest for the Fazzlewood" (1978), a tournament run at Wintercon VII (1978). TSR revised and updated that adventure as O1: "The Gem and the Staff" in 1983. In 1984, TSR UK tried their hand at the format, publishing first UK5: "Eye of the Serpent" (1984), then O2: "Blade of Vengeance" (1984). TSR would later revisit the idea of one-on-one adventures in their eight-book "HHQ" series (1992-1995).""Eye of the Serpent" is actually a somewhat unusual one-on-one adventure, for a few different reasons. First, it includes three more party members who are run as NPCs - which means that the adventure can be run for multiple players if desired. Second, it can be run for either for either druids, rangers, or monks (thanks to a very clever wilderness system), whereas all the other one-on-one adventures require a single specific class."

The unique arrangement of the NPC allows this module's contents to be run for a larger party of PC's allowing this one on one to be used for group play as well as as a unique wilderness adventure. Because of its clever wilderness system this makes an interesting adventure to run as a back to back with new players of old school Advanced Dungeons & Dragons. While it has its detractors this adventure has the players getting quickly investigated in their low level PC's quickly & puts them squire in the action in my opinion as they get quickly tied into the adventure
Adventure has that the PC's (lvl 1-3) are captured by Rocs & deposited in their nest high in the mountain tops. It's up to the brave heroes escape down the mountain &  investigate the strange 'eye of the serpent' that can be see from the mountain top. 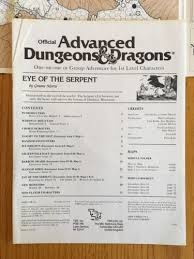 There is just enough plot to the adventure to hold the players interest as play continues with the PC's have to deal with hazards of the mountain & its environs. This is because of the flow chart style of the adventure paths in 'Eye of the Serpent'. It keeps the plot moving & gives a unique feel to the adventure whist having the PC's encounter the elements of U.K.5 which are specifically geared toward the druid, ranger, & monk classes. Because of the uniquely generic nature of U.K. 5 this is an adventure that can easily be placed within the confines of an Astonishing Swordsmen & Sorcerers of Hyperborea game. 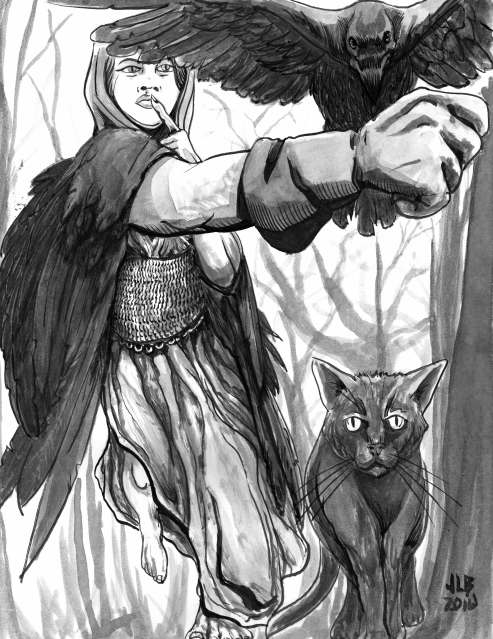 The action here is going to most likely take place within the Norse or Keltic realms of Hyperborea on one of the border lands with the oceans of Hyperborea nearby. The rocs of the piece are going to be feeding upon cattle, ocean going sea serpents or other behemoths. This places the action in on of the more accessible mountains allowing the DM just enough elbow room  to place the action of Eye of the Serpent as needed. The rocs and some of the adventure elements can be tailored to place this adventure squarely within the sword & sorcery camp.By allowing DM's to add this adventure into the realm of Hyperborea this adventure can supplement a low level adventure specifically for the nature oriented classes of AS&SH. 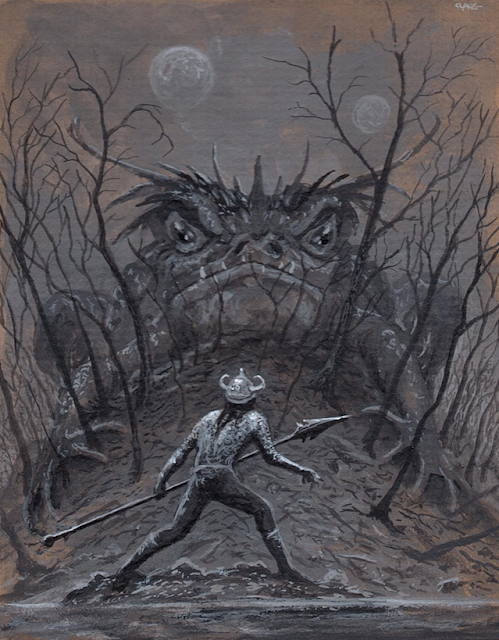 Even though UK5 Eye of the Serpent is a lower tier adventure there's enough here to expand the adventure into a full jump off point for a campaign by expanding the number of PC's. This creates an instant bonding experience & allows the DM & players to throw together a very unorthodox mix of player character types. Rocs are not picking as to their prey but getting that prey to work together is a challenge especially against the events of UK5 Eye of the Serpent.