Find the perilous Lost Caverns of Tsojcanth and you may gain the hidden wealth of the long-dead arch-mage - if you live!

Pro tip if your running vampires & vampirc cults  in one of the most dangerous modules in the 'super modules' category take full advantage of a fact. Vampiric NPC's are some of the most dangerous foes that PC's can run up against. In tonight's games session which picks up all of the back here.  Protip number two use lots of disposible vampiric spawn for the heroe's fire projector to roast. Then let the real NPC's close in. 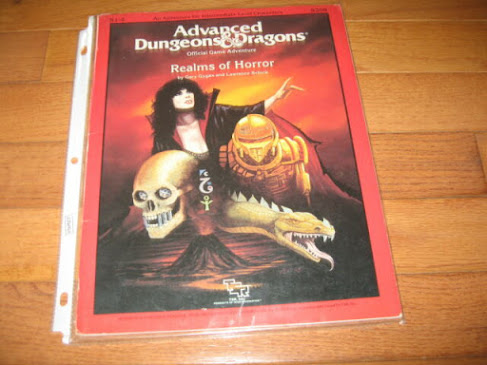 The PC's not only encountered several trolls & nearly got their heads ripped off. But found out the hardway that its not a good idea even if your PC has super powers to mess with the Martians. And encountering the cult of Iggwilv & yes they do have their own evil clerics & wizards. Who happen to working with said Martians. But they also quickly learned that the cult of Graz'zt, has an entire village within Maple White Land. Yes its guarded by cannibal apes, mind controlled dinosaurs, & vampiric villagers. But the real surprise during tonight's run through was the fact that the daughters of Drelnza are not only aware of the PC's. But for all of the grief they want them very dead. 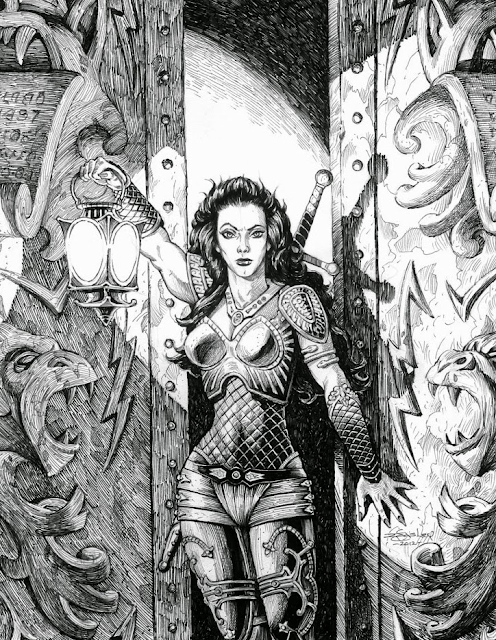 The highlight of tonight's game was the PC's running away from a giant troll after it snacked on of the party's hirelings.. The thing was massive & back handed one of the PC's into some bushes. Then lined up on DM Steve's paladin wacking him into a tree! Awesome! Sir Tristan did survive after our party's healer Empatra a cleric of Ra put him back together. 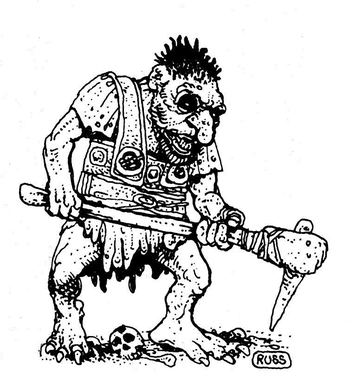 Things got a bit crazier after Brush fire lit up the giant troll drive it back into a trio of giant Martian wheel war machines. The Martians didn't bother going after the party instead they used some cybernetically controlled Allosaurus to hunt down our heroes. 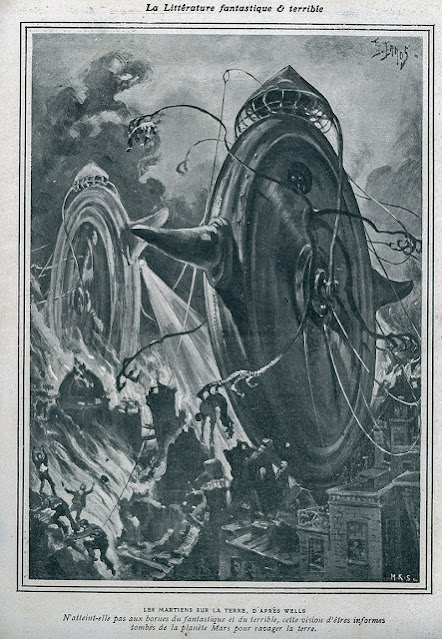 A few exploding arrows & well timed natural twenty right in one of the beasts eyes took one of the prehistoric bastards out. But two more made the party's life a living Hell. But they managed to stumble onto a backdoor into the dungeon complex.
Allosaurus miniatures were available for tonight's game thanks to Antediluvian Miniatures preCovid order!

And thanks to Jason Vey's Book of Powers the party found out the hard way that one of the Allosaurus had laser like vision & a powerful breath acidic breath weapon. But a well time bundle of dynamite took the thing down. The party left for the secret dungeon enterance.
And that's when the party stumbled onto the night hags of  Drelnza growing a massive Kaiju sized Scrag named Auntie Maw. 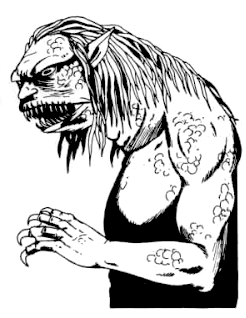 And that's where we ended tonight's game session! We'll hopefully pick it next week!
Posted by Needles at 7:49 PM