Through a Glass Upsidedown Further Thoughts On - Dark Albion, Stranger Things, EX2 Beyond The Magic Mirror As Old School Campaign Setting Set Up

The War of the Roses continues on & now we look into the deeper end of the weirdness of the Dark Albion setting with some unexpected connections! 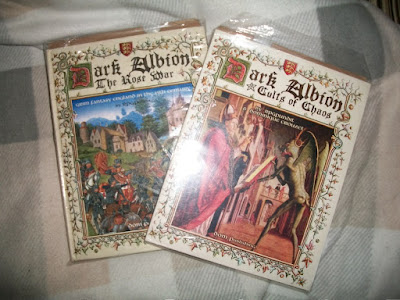 So while I've been sick we got hit with a nice little snow storm with the unlikely name of Eugene. Anyhow let's dive into the deep end of Dark Albion & Cults of Chaos along with The  War of the Roses once again. This time let's turn up the volume on some of the weirdness. I got a chance to view Stranger Things from Net Flicks.  So what does Stranger Things have to do with War of the Roses? Everything & nothing by turns so buckle up things are about to get a bit weird & chaotic. 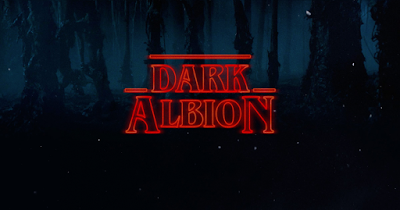 Just in case you don't know what Stranger Things is about;"Set in the fictional town of Hawkins, Indiana in the 1980s, the first season focuses on the investigation into the disappearance of a young boy by his friends, older brother and traumatized mother and the local police chief, amid supernatural events occurring around the town including the appearance of a psychokinetic girl who helps the missing boy's friends in their own search. The second season is set a year after the first, and deals with attempts of the characters to return to normal and consequences from that season."
Not only does this show revolve around classic B/X Mentzer Dungeons & Dragons mixed with bits of Advance Dungeons & Dragons as a framing device but it uses it to book end the movie like quality of the show. Look there are numerous videos on the hidden meanings, Eighties movie & television homages, etc. Today I want to focus on the show's connection to Alice in Wonderland's sequel Through the Looking-Glass, and What Alice Found There (1871) & the deep roots to classic D&D's The Land Beyond the Magic Mirror (EX2) all of which revolves around The War of the Roses. More specifically the second half of the War of the Roses 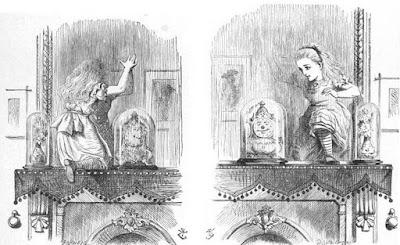 Here the events revolve around "Warwick tried first to supplant Edward with his younger brother George, Duke of Clarence, establishing the alliance by marriage to his daughter, Isabel Neville. When that plan failed, due to lack of support from Parliament, Warwick sailed to France with his family and made an alliance with the Lancastrian Queen, Margaret of Anjou, to restore Henry VI to the throne.
This resulted in two years of rapid changes of fortune, before Edward IV once again won complete victories at Barnet (April 1471), where Warwick was killed, and Tewkesbury (May 1471) where the Lancastrian heir, Edward of Westminster, Prince of Wales was executed after the battle. Queen Margaret was escorted to London as a prisoner and Henry was murdered in the Tower of London several days later, ending the direct Lancastrian line of succession. 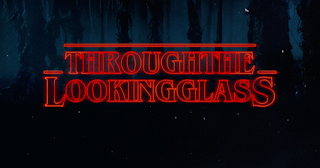 A period of comparative peace followed, ending with the unexpected death of King Edward in 1483. His surviving brother, Richard, Duke of Gloucester, first moved to prevent the unpopular Woodville family of Edward's widow from participating in the government during the minority of Edward's son, Edward V, and then seized the throne for himself, using the suspect legitimacy of Edward IV's marriage as pretext."
So during the second half of the War of the Roses the stakes are higher & chaos is on the ascendance, the forces of men, the dark supernatural, & warfare are in full play. If the PC's have survived up to this point then the campaign setting is going to get really dangerous. This might be a dark reflection of  "Through the Looking-Glass includes such celebrated verses as "Jabberwocky" and "The Walrus and the Carpenter", and the episode involving Tweedledum and Tweedledee." So whose going to be the 'Alice' this time?
The  direct Lancastrian line of succession is gone & the its going to be a now or never race to the throne! This is also going to be where the blood is going to be split on the stones of adventure! Like it or not the PC's are going to have to put up or shut up & here's where the high level play happens. No I'm not talking about the encounters, etc. found in EX2 which
"In his 1991 book Heroic Worlds, Lawrence Schick said that the scenario was "inspired by Alice and Wonderland, but with the whimsy replaced by opportunities for slaughter"". No I'm talking about dealing with both the politics of the War of the Roses & the partial planes of Fairyland that the Elves have been angling from this whole time. Oh did I forget to mention the frogmen and their Lovecraftian Gods will have tried an invasion or will be any second now? 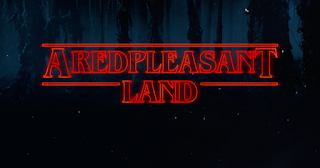 Everything depends on the PC's who because their pawns in this 'game' are the perfect bait and switch. Like the 'Red Queen' they can move very fast & in any direction. This brings up the other players on the chess board 'the vampires'. That's right A Red & Pleasant Land is a partial plane and sinks up with The Land Beyond the Magic Mirror.
"In this module, the player characters plummet into a strange partial plane.[1] They meet the Jabberwock, the Bandersnatch, and the Walrus and the Carpenter, and become involved in a giant game of chess" The question is will the PC's realize in time just how big the chess game is? Because their actions might trap them as kings & queens or have them be in the Tower of London themselves!
Because the PC's are going to have to choose to carve out a domain within fairyland or move into Albion's harsh wartorn reality. Either way their going to have blood on their hands & rage in their hearts. There tough choices to be had in this sort of a campaign. 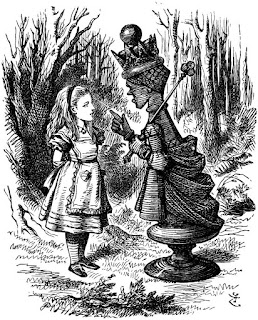 But how does does sink up with Stranger Things? I'm sure you think that Eleven is Alice & that the 'upside down' matches Fairyland? Umm yes & no. You see Will Byers is actually the 'Alice' whose very presence attracts the Demogorgon monster. The Upsidedown is the Plane of Shadows(they can't call it that without getting sued so it becomes the Vale of Shadows) which might be the strange Lovecraftian glue that holds the underworld of Dark Albion together. There are deep connections to the Roman Underworld & tthe Plane of Shadow was the largest Demi-Plane of the Ethereal Plane which might be the martial that the Elves of Dark Albion have been constructing these fairyland realms from.
There are other parrells between the Upsidedown & the chaos of Dark Albion. The highly personal corruption that results from the contact of magick in Dark Albion. The monsters and demons that seem to dwell in the magical realms of Dark Albion and the connection to the Welsh & Celtic 'other worlds' of mythology and legend. 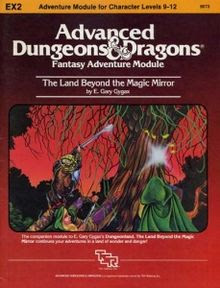 So what heck has been happening on these partial planes? I haven't gone into the occult symbolism of Stranger Things (there are tons of videos & references on the subject a quick Google search will turn up dozens) but there literally hundreds of occult interpretations of Alice in Wonderland and Through the Looking Glass. Most of these might relate to the strange fairyland connections and cults.
There are several reasons why this might be happening:
Posted by Needles at 10:08 PM