"A shadow from the past, the Ghost Tower of Inverness has loomed ever larger in the mind of the great Seer of Urnst. Now he has convinced the Duke that an expedition should be organized to go to the ancient keep and recover its greatest treasure - the fabled Soul Gem." 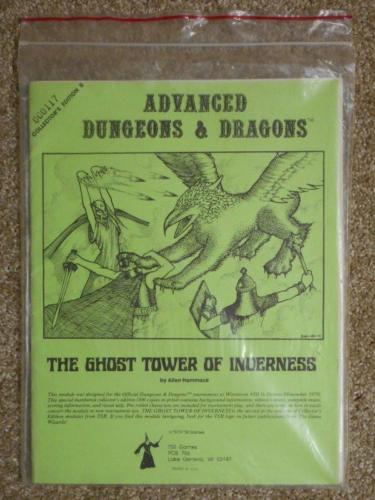 So opens one of the more iconic & in some ways controversial titles in the 'C' or Competition series of modules, 1980's The Ghost Tower of Inverness is pure competition module right out of the gate. You can construct a storyline around it for your home campaign but the tower itself is situated in the world of Greyhawk an ancient magical tower located in the southern Abbor-Alz Hills. My version of the tower had a slightly more Moorcockian origin. The place moved between dimensions and the fabled Soul Gem, a legendary artifact of great power powered it. Wiki has a good breakdown of the adventure and of the process for tournament play;"All of the characters are in the dungeon of the Duke Justinian Lorimnar of Unst for various crimes and charged with the task of recovering the Soul Gem for the Duke:
Hodar - A sorcerer practicing forbidden magic specifically outlawed by the Duke
Zinethar - A priest who led a temple revolt against the Duke's citizens
Lembu - A fighter who killed the palace guard captain and 11 of his men in a barroom brawl
Discinque - A thief who attempted to steal jewels from the crown, only to fall off the wall on top of the guard patrol
Li Hon - A monk indentured into the Duke's service by her monastery in lieu of tax payment

The Duke, after providing gold for the characters to equip themselves, also provides a magic item (the Amulet of Recall) which teleports the party back to the Duke, no matter where they are. After equipping is complete, the palace guard escort the characters to the ruined site of the ghost tower, where players must then figure out actions on their own how to best enter the tower and recover the gem. Tournament Points are added, or deducted, from both team and individual scores depending on how characters choose to handle the situations they encounter. These include a chess room, a "frozen bugbear" room, a "tunnel" room, and others." So part tournament module & a possible enigma wrapped around a traps & tricks core of weirdness. Players & their PC's have to think on their feet, for Hyperborea The Ghost Tower is a chance to present a Hyperborean artifact of both extreme power & dangerous weirdness. In other words the tower itself should be an artifact of mythology and local legend. 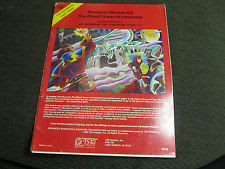 The key to doing this is in the use of Duke Justinian Lorimnar of Unst who could be a minor official in the bureaucracy of Hyperborea or another sword & sorcery world. Think the bureaucracy of ancient Rome and uncaring attitude of an Eighties flick like Greed and you get the idea. This is a man willing to send others into harm's way to achieve his own ends. The tower is as much an npc as any other character in this adventure and care should be taken to get this point across the players. They've got to work together as a team and this is one that has to be played with experienced players to get the best out of the Ghost Tower of Inverness. 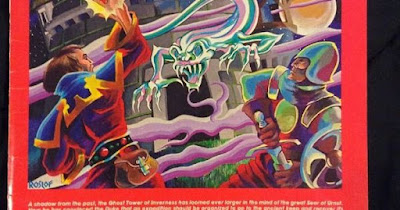 This one isn't player vs player its a team effort scaled around the adventure goals themselves which are reflected in the 'fun house' nature of the Ghost Tower, its dungeons, traps, items, and the adventure location's ins & outs. All of this revolves around the theme of the dungeon which highlights both its qualities and style of play. 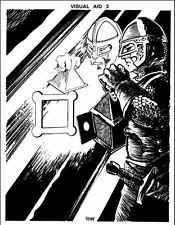 So how does this relate to domain play? Well the tower could be one aspect of a right of succession which some retroclone & completing the adventure are part of a noble birth right. This all of course ties back into who and the elements of  C2 The Ghost Tower of Inverness, 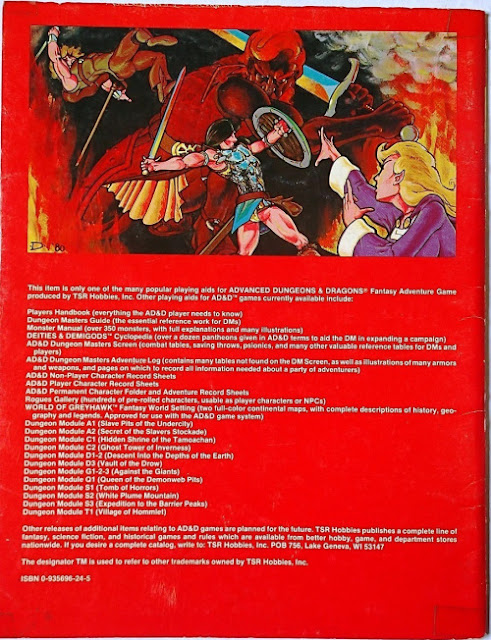 There are few reasons why "The Ghost Tower of Inverness" (1980), by Allen Hammack,  the second adventure in the competition (C-) series actually can work as an old school campaign venue :


Because of the iconic nature of this module there's something about running it once per group that makes it stand out. This is only one of my experiences with C2 The Ghost Tower of Inverness & there's lots of potential for expansion that makes this one a classic but as always your mileage may vary a bit.
Posted by Needles at 11:05 PM