The Purple Haunted Dr. La Sing & The Classic B3 The Palace of the Silver Princess For Your Old School Campaigns

I'm not going to lie, I've been laid low by the Flu. & so I've had to push off my Astonishing Swordsmen & Sorcerers of Hyperborea game till next week. I also spent the night in a fever dream of reliving some of the more weird details of the Palace of the Silver Princess mini campaign I ran. Yes I know the module's plot is a mess, but the weird fairy tale aspects of it have passed into local legend in Hyperborea. I was dreaming of Dr. La Sing the NPC villain behind sending the PC's almost to their doom back in 2015. The Palaces are still there trapped in timeless fairy tale pulpy fashion like something right out of a Clark Aston Smith novelette. 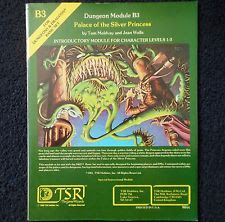 The vile villain behind the PC's involvement in the whole affair, Dr. La Sing. La Sing is an NPC Oriental mastermind in the true tradition of pulp magazines. Except he isn't what he seems at all. You see Dr. La Sing is actually David Carter adventurer from 'Old Earth' who was driven mad by the Lovecraftian forces of the Islands of Purple Putrescence. David was convinced that he was being cursed by the evil mastermind Dr. La Sing & that the evil vile forces of the island was his Hell. His mind cracked under the strange forbidden forces & the doctor was only to glad of a force to step into the lime light of David's mind. The calm, cool, collected evil doctor stepped into the body of David & was only too glad to embrace the dark purple forces of the islands. Now Dr. La Sing lives as a forth level purple monk &  seventh level black necromancer dressed in long draped purple robes of the sage. He is surrounded by loyal mercenaries, mutants, & savage warriors. His ever present opium water pipe bubbles with weird scented smoke that curls into dragonlike humanoid shapes and his strange hooded eyes regard the world with malevolence. But he is very honorable, wise, but extremely dangerous (there are rumors from his most loyal retainers that think that the real Dr.La Sing controls this one magically but they are never whispered in his presence). Even now several bounty hunters range across Hyperborea looking for David Carter. 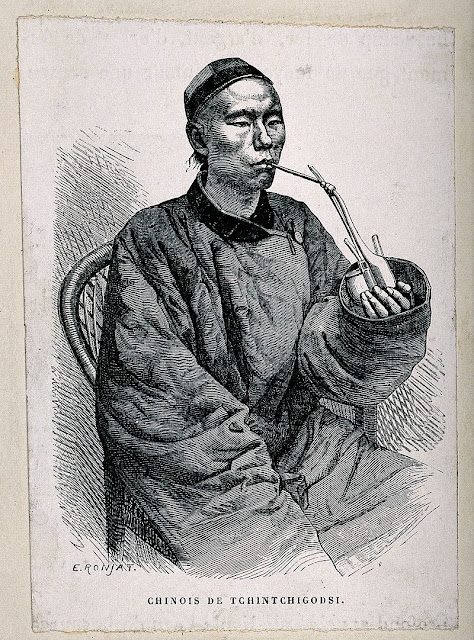 Dr. La Sing controls all manner of vice, slave trade, & other vile pass times. It is rumored that he has ties to deep cults within the Narcosa dimension. There are also rumors of his trade upon Mars of the Beast Jewels and his operatives have been seen as far as Alpha Blue. 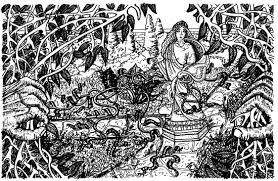 But it is the Palace of the Silver Princess that haunts Dr.La Sing trapped in time and outside of space. The forces of chaos & degenerate horror play within this bauble and like him it is subject to the whims and depredations of the black gods. the presence of Arikof the Hundred Eyes patron of Forbidden Secrets & the Lost was there causing all kinds of havoc for the good doctor's operatives. There are rumors that there has been a protracted war between the forces of La Sing & the ancient god thing.

There have been several attempts over the years for the PC's to kill the good doctor but they're pretty afraid that one of them might be chosen to take La Sing's place. It seems that the forces of the islands enjoy their insane cat's paw and he still has uses to them. They made this very clear a few times in the past, so for the moment Dr.La Sing is still a thorn in my player's side.
I've also used him as the patron who sent the adventurers into the Palace of the Silver Princess - An Adventure by the DIY D&D Community. Available in PDF for FREE.That did not go too well for them & several of the PC's died, the good doctor was most amused by this turn of events. It is also known that La Sing has in the past contact with the "The Stairway of V'dreen " from Venger's latest kickstarter. In terms of Adventurer, Conqueror, King La Sing runs several criminal enterprises as a nineth level thief & a sixth level black wizard. He maintains a forth level market place & has a wide variety of vice based criminal enterprises on Hyperborea.
Posted by Needles at 9:38 AM