The seas around The Islands of Purple Haunted Putrence in my campaign needs another sea going faction. So while I've been down with the Flu I've been thinking about & I came up with something old that's new again. 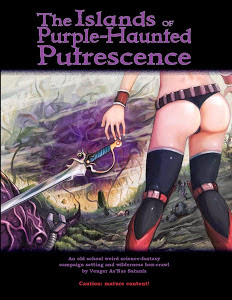 So way back in '87 I had a faction in my Gamma World game that I decided to dust off & update since I've been down with the crawling crud aka the Flu. Ti Sung is a quiet little fishing village with secrets & I decided to move them over to Hyperborea. 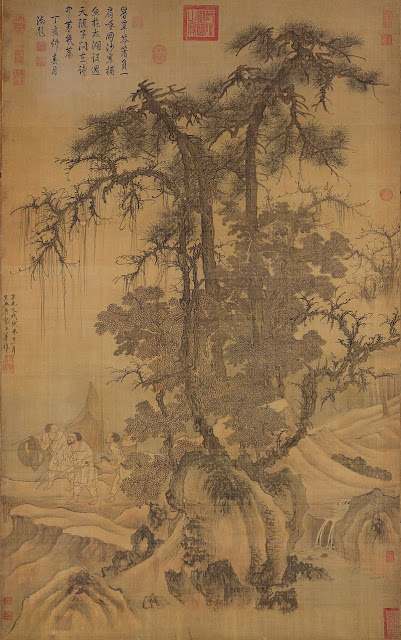 Ti Sung is an island  fishing village off the Hyperborean coast about three hundred & change miles from 'The Isle of Dread' & 'The Islands of Purple Haunted Putrescence. Ti Sung appears to be a typical fishing village community of about three hundred people who do a brisk trade in fish, their famous giant lobster dishes, & the rare island jade. And a very nice healthy trade in relics and artifacts that come into their nets. 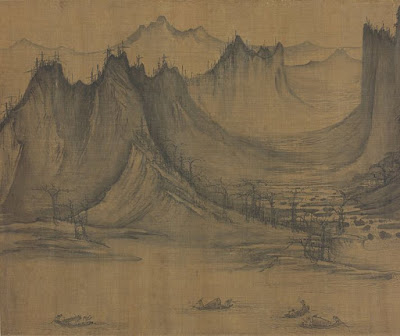 The people of Ti Sung are not at all what they appear to be! The original village fishermen had been completely taken over by a small but determined population of Deep Ones, 'The Favored of Dagon'. The 'Favored' are a clandestine group of Deep Ones who have a very different mode of operation. They murder & then polymorph themselves into the their prey's bodies and identities, only the light of the moons reveals their true shape.
"I remarked, as I say, their grotesqueness and strange size; but in a moment decided that they were merely the imaginary gods of some primitive fishing or seafaring tribe; some tribe whose last descendant had perished eras before the first ancestor of the Piltdown or Neanderthal Man was born. Awestruck at this unexpected glimpse into a past beyond the conception of the most daring anthropologist, I stood musing whilst the moon cast queer reflections on the silent channel before me."
HP Lovecraft Dagon

'The Favored of Dagon' came down from the stars with their god eons ago during the time of Atlantis but they were too small a population to completely subvert the area surrounding La Sing. Instead they've used the village to quietly take over several spawning areas in the surrounding waters and establish a temple on a distant rocky outpost which is actually the top of their underwater city built on the remains of Atlantian ruins. They use a combination of relic technology & magic to hide the extent of their under water city but rumors have started among certain adventurer's guilds. 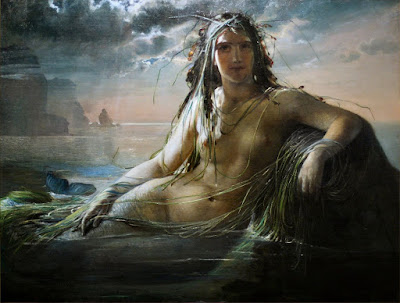 The village of La Sing has deep ties with the Fishmongers’ Guild & several thieves guilds but none suspect the extent of their corruption. They are a Matriarchal society ruled by the spawning queen a deep one who gives herself over completely to Mother Hydra. Her body guard  brood are often 3rd level or better fighters. The Spawning Queen is a 7 or 8th level black wizard or necromancer
So what have the Favored of Dagon been doing near the islands of Purple Haunted Putrescence besides sacrificing  the occasional adventurer to their giant crab demon gods? They've been building a small fleet of under water capable craft to get them to their interests on Old Venus. They have three of these craft that they've managed to build in secret hangers. They're interested in trading more of the purple crystals for certain favors but the island's powers have its own interests to think about. So the situation is at a bit of stand still for the moment unless the people of La Sing grab an adventurer from another dimension with such knowledge.

The demon crabs of La Sing are the favorites of Dagon & crawl across the god's body picking off bits &  pieces of  other dimensional junk  & jetsam in the Outer Darkness. They are notorious gossips, gatherers of  forbidden knowledge, & eaters of men. They have all of the abilities of a giant crab but are malevolently intelligent, highly dangerous, & have some traits common to demonic races of the Outer Darkness.  They have following demonic traits:

Immunity to electricity and poison.
Resistance to acid , cold , & normal fires
They have the ability gate in 1d4 others of their kind with a 30% of success
Telepathy.
Except where otherwise noted the demon crabs  speak any language
They have a set of human arms and hands on one of the lower claws & are capable of wielding enchanted weapons
The Demon Crabs of Dagon see the alien crab men as prey animals & rivals to their chaotic place in the unnatural order of things. They will destroy them on sight and fight to the death when they encounter these beings. 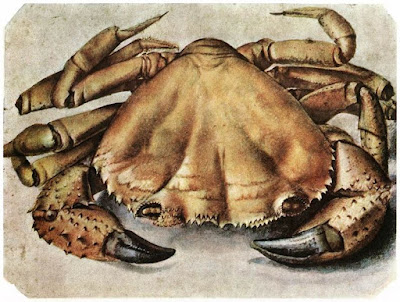 The Estoreric Order of Dagon's church is dimly aware of  the village of La. Sing but there is a split in doctrine when it comes to both Mother Hydra & Dagon. Neither god cares for the petty concerns of their children. 'The Favored of Dagon' are worshipers of the other Lovecraftian gods but their primary focus is upon the furthering of the worship of Dagon & Mother Hydra.
For now the waves lap peacefully along the coast of Ti Sung and the songs are sung for the catch of the day. Pray that you don't fall into these people's hands 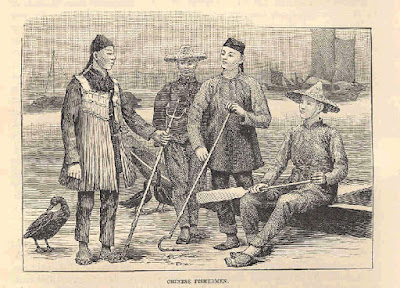 1d15 Random Encounters Around The Waters of Ti Sung Table