Deep within the cold bone freezing darkness between the star's reflection in the otherverse between worlds is the Outer Darkness. This blackness can chill and freeze gods in their tracks, a hellish void of eternal darkness & savagery, this realm is the home to countless strange ruins & alien craft. Still there are those fools who plumb the deeps of the Outer Darkness hoping to retrieve some of the ancient lore & relics of  Poseidonis itself. But these depths are guarded by demons from Saturn & worse. 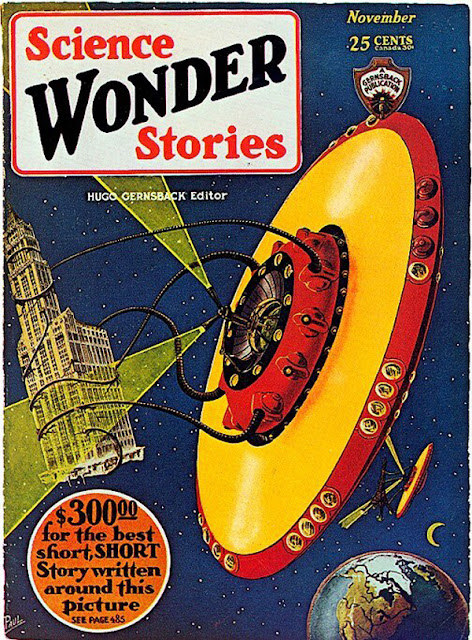 "Hotar and Evidon were brothers in science as well as by consanguinity. They were the last representatives of a long line of illustrious inventors and investigators, all of whom had contributed more or less to the knowledge, wisdom, and scientific resources of a lofty civilization matured through cycles. One by one they and their fellow-savants had learned the arcanic secrets of geology, of chemistry, of biology, of astronomy; they had subverted the elements, had constrained the sea, the sun, the air, and the force of gravitation, compelling them to serve the uses of man; and lastly they had found a way to release the typhonic power of the atom, to destroy, transmute, and reconstruct the molecules of matter at will.
However, by that irony which attends all the triumphs and achievements of man, the progress of this mastering of natural law was coincidental with the profound geologic changes and upheavals which caused the gradual sinking of Atlantis. Age by age, aeon by aeon, the process had gone on: huge peninsulas, whole sea-boards, high mountain-ranges, citied plains and plateaus, all went down in turn beneath the diluvial waves. With the advance of science, the time and location of future cataclysms was more accurately predictable; but nothing could be done to avert them.
In the days of Hotar and Evidon, all that remained of the former continent was a large isle, called Poseidonis. It was well known that this isle, with its opulent sea-ports, its aeon-surviving monuments of art and architecture, its fertile inland valleys, and mountains lifting their spires of snow above semi-tropic jungles, was destined to go down ere the sons and daughters of the present generation had grown to maturity."
“A Voyage to Sfanomoe.” Clark Ashton Smith 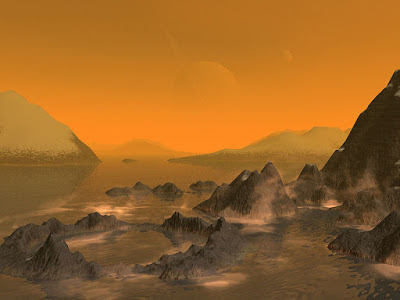 1d20 Random Other Dimensional Ruins In The Outer Darkness Encounter Table
Posted by Needles at 10:27 AM