Thor Dark World is a fantastic film and has made a startling impact at the box office as well as changing the Movie Marvel universe perhaps forever. We got another weird alien invasion this time from the Dark Elves of Marvel Movie legend and this week on Agents of Shield we're going to see some of the blow back or perhaps fall out from the movie.
The upcoming episode 'The Well' is supposed to link both the show and the movie.

I believe from the trailer that each and every time another invasion of the 'Earth Realm' happens it seems to activate some of the ancient relics that the Asgardians left behind as 'Ancient Aliens'.
The Agents of Shield are going to have a hell of a time dealing with some of this weird technology of the Asgardians. Shield doesn't seem to have any way of keeping these invaders at bay and where the hell is Doctor Strange when you need him? Or for that matter Mister Fantastic? Nevermind.
Using this analogy and the amount of Dark Elves that invaded Earth shouldn't there also be a metric ton of ancient Elven items activating as well?

Could this staff actually be the tip of the ice berg? Could there be some Dark Elven terrorists or operators left behind on the Marvel Earth?  Could this be an opportunity for a group of Super Heroes, Agents, or Mercenaries to go into action in the aftermath of Thor Dark World?
The fact is that the Dark Elves in Marvel Comics have always gotten a bit of the short shaft but that shouldn't stop a DM from using them or the Asgardians. Let's face facts here not every single Asgardian is going to be Thor in point of fact there have been a number of lesser heroes who have appeared in the comics. Given Clark's rule is in full effect here DM's should refer back to the Marvel Comics when creating characters for this sort of campaign.
When making the Dark Elves always think magic as technology.

Given the alien vs comic mythology analogy once again there has got to be a huge impact upon the Marvel Earth now. Technology upgrades, religious shake ups, museum break ins and exhibitions. In other words a metric ton of opportunities for a DM to exploit to get a Marvels Super Hero or any old school supers campaign off the ground.
Given the fact that gateways between Earth and The Nine Worlds are now so supposedly thin the opportunities for Asgardian origins for your supers might be a quick trip away into the Marvel universe or at least your version of it. 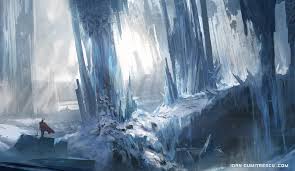 The Marvel Movie Nine Worlds isn't a safe or nice place and everything in that universe seems to begin and somehow end with Asgard. From Captain America to the creation of the Hulk there's an Asgard connection in there some where.
Marvel Super Heroes has a complete section generating stats out and using the comics style characters for Marvel Super Heroes. That's available right over HERE
Posted by Needles at 7:33 AM