The Virus Traders of Azshuddhami

They have so many shapes & names. The Beturcali, Rothurogodotha, Vagurtuloth all these & more are the names that can be heard in the backrooms of  saloons across universe. The Virus Traders, the body salesmen,etc. The titles are meaningless but their products are not. They sell traits, dreams, & identity across generations. The Rothurogodotha have the copyrights to billions of life forms! They mix & match to suit any who will pay their price. Recently humanity has come to their attention & the human genome is their latest playground. 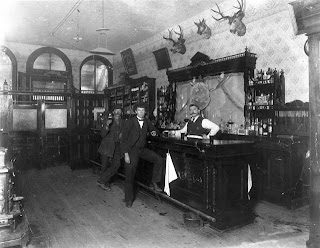 They are found where galactic society is dense & plentiful. This then becomes their acid test & test bed.
Tailored retro viruses are introduced into the local genome & traits become part of the hosts.They're products start by impregnating you with its horrible seed and producing a twisted mockery of everything you once were. Many consumers out on the outer fringe worlds disagree & value their services. The Virus traders offer a number of services & products that settlers on harsher worlds can't do without.

Many  of  their clinics are run out of the space stations & large colony city mall in clinics where by appointment you may alter your traits & the traits of all successive generations of your children..

The wavium genetic splicers & splitters are capable of a large variety of  feats & characteristic changes.Any trait may be enhanced with little problem & payment should be made before alterations take place.An enhancement from +1 through +3 may be made.  There are however some strange side effects. Roll 1d10 on the Strange Side Effects Table:

Some life form products offered by the Azshuddhami include the following :

A mix of human &  Hlutrgú gene strains this is on the most dangerous guards one can encounter on many client worlds serviced by the Azshuddhami. These creatures sing with the voices of the outer darkness & drive men to madness with the rhyme of their song. They can't be surprised at all because their senses extend into several states of being. The central eye delivers a beam of  pure planar energies that deals 1d8 points of damage.The beam  damages the genetic structure of those hit & also the offspring of successive generations. These creatures are often purchased as aids for wizards and spacemen. Their sight extends into many hyper dimensional realms. They smell of sweet coying sugar. Purchase price is 4000 credits plus genetic material from the client.
Celestial Breeder-Posessor

Many times the influence of this creature is felt rather then seen. The Celestial Breeder-posessor  is a psychic creation of the highest order. The DNA of several high level imperial princesses has been cloned & put into the production of this creation. This creature may hag ride anyone within the 140 foot perimeter that it calls home. The creature subtly influences those around it as it accesses the target's abilities & powers. A Saving throw is needed to avoid the massive mental onslaught that cascades through the victims mind. After this attack the creature will have full access to the powers & abilities of  the target. The party will be given a choose of leaving the area or being attacked by their team mate. These creatures may also envelop the a target within its black wings where the victim is slowly broken down into its components. The celestial breeder may turnout a carbon copy of the victim within 12 days. This is an exact clone but will have a life span of  4 months after which it will rot to black dust & blow away. These creatures are often purchased by rich parents & make excellent baby sitters, teachers, minders, etc. The cost for one is 20,000 credits plus the dna of  a female the creature is to be based on. The female in question does not have to be human.

These monsters are often found guarding the bases, research mills, & buildings of the Azshuddhami. A living macro collector retro virus, these monsters hover several feet above the earth by psionic means. They attack anyone not carrying the correct genetic markers. Those who do not are attacked with razor sharp cilia for 1d8 points of damage. They are killed, then cloned for questioning by their Azshuddhami masters. These creatures are very affected by fire & add + 2  to any damage done by fire. There are various brine pools across the Azshuddhami complexes where these monsters rest,mate, & roost.

Grand Vale Piercer- These are the  living ships of the Azshuddhami. These massive 220 ton vessels sail between worlds delivering their deadly cargoes to client races across the universe. These vessels are literally born to space, equipped with a variety of retro virus torpedoes (Damage 1d8) & spasm warp weapons (Damage 6d8). The Grand Vale Piercer sails the hyper space shoals with impunity. They are often seen on the Grand Vale level of hyperspace  reality moving with an unearthly speed & grace as they swim along the hyperspace currents from place to place.

Acidic Slime-Tangler- More siege weapon then living organism. These monsters are often parked on colony worlds that have displeased the Azshuddhami. These weapons hurl a number of deadly cargoes toward their targets coated in an acidic slime. There is human DNA used in the construction of these weapons. The acid hits for 3d8 plus a special attack depending upon the cargo used.

Angel Devourer: The angel devourer is a sort of plant/virus combination used in siege warfare as well. These plants rapidly grow within a 200 mile zone & begin to affect the psychic abilities of a besieged population as well. They are poison & a save must be rolled for contacting the small fast growing weeds. They will devour any carrion if left within a plants growth area as well using, absorbing, & taking on any memories left behind.

Forbidden Eater- The perimeter guardian animal of choose. This vicious cat like predator is capable of ripping a man in half easily. The monster attacks with all its fury & quickly finishes off its foe. The creature has several cloned extra organs that allow the monster to take on the memories of its victim temporarily. It may parrot the voice of its prey psychically, store the last thoughts of its victim, & store the genetic material of the victim for later cloning. The creature also has several fast acting poison glands as well in its fangs. A save must  be made.The poison will cause the victims genetic matter to begin to unravel within 3 rounds.