The Terrible Miracles of Tau Endri 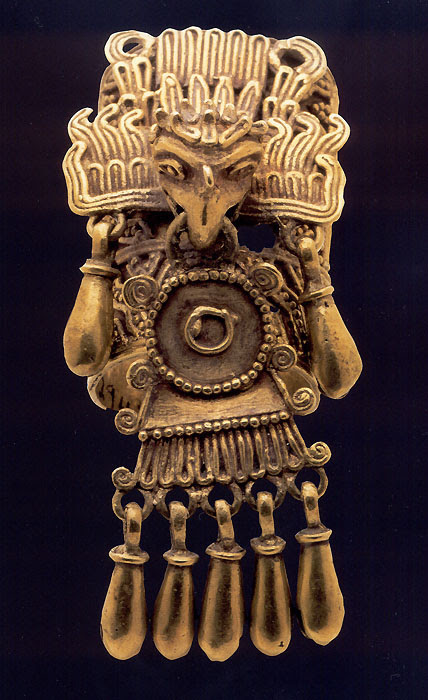 The sacrifice came forward & lay on the alter as the chanting continued. No words could describe the look of complete & utter peace upon the man's face. The priests bound his hands to either side of the low slung & chanting reached a high mark. The adventurers looked on with awe as the molecular knife came down & sliced through everything from jewels, to feathers, & then the rest. They recorded every detail for the emperor & began to turn away in disgust. One priest stood back from the rest & whispered into his nose ring communicator.

The priest kings deep within the pyramid they slaved over the Maxwell furnaces laying down the latest atomic lattices & listened to the observations of their chosen junior. The sacrifice' s other self was held within the suspension field as his essence was drawn into the planar power circle. Other priests worked with the planar engines creating the micro- zero point systems from the gold molecules one point of  energy at a time.
"Watch them & kill them only if necessary"
A yellowish globe featuring three eyes around the central circumference, flower-like ears on top and tentacles on the underside regarded the priest from within his mind. "The trade mark of these mechanisms that we have given you must be preserved for the good of all mankind." The priest bowed his head & thanked his "god" for the insight.

The skies of Tau Endri teem with nanomachines. Great white silvery clouds of the things swim through the air & move across the winds. They perform miracles at the beck & call of the priests. The "priests" often call for sacrifices & many of their rituals revel in blood. The actuality of this is that the "chosen" are merely victims whose blood swims with the valuable cargo! The "blood" is collected in urns & taken into the inner pyramid to be  sent off world. Each of the priests are actually "scientists" within the Human Space Empire rules. Sample artifacts include:
1.Nanotech replicators and the creation of true AI lead to the singularity where many humans upload themselves to a computer framework and boost their intelligence and capabilities to godlike levels
Adds From +1 thru +4 for intelligence.


2. Providing energy and material wealth
Can power an energy weapon for 3plus days or 40 credits worth of gold or jade


3.  A devastating nano-tech plague which disassembles all warm-blooded life forms below 10,000ft elevation.
Save vs poison only super science can save you now. Available as ship to ship weapon


4 Poison made up of nanomachines.
Disassembler nanomachines  - 3 on constitution for 2d4 turns


7.Self-sacrifice was also quite common & repairing" what they perceive as "design flaws" in the human body, creating things like an armored ribcage, and eyes in the back of the head.
-3 charisma outside the Aztec culture or +3 charisma within the Aztec culture


8.Like the Maya kings, would offer blood from their tongue, ear lobes, or genitals actually-nanobots created to heal human infirmities
Heal 1d6 points of damage


9.There are several other myths in which Nahua gods offer their blood to help humanity-This is often the legendary micro machines who are useful for assimilating even more advanced technology and spawning a new individual, and so on
Dm & player rules .

10. Planar nanites - These are often used to capture the threads that make their way through the underverse & beyond. They must be called by the high priests within planar containment circles.
See summon planar demon rules