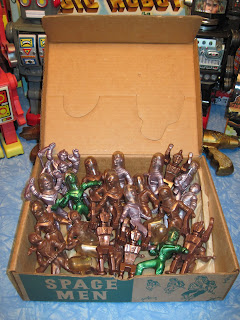 Many other cargoes are floating & tumbling amid the void.Who knows what will  appear next!  Happy spacing!