A Garden of Unearthly Death - Weaponry Of The Sporcery Guild

Planetary Spore Bombs aka The Blackest Blight: The ability to turn a world itself against an enemy is the stock & trade of these products. Slowly, painfully the world is transformed into a a garden of fungus & rot as food stuffs, animals, the entire ecosystem of a planet turns against the very inhabitants. These weapons are seldom used only when diplomatic solutions break down. These are often planetary weapons of last resort. Of course the Spocery Guild also has terriforming tools as well. 600 credits each
Metal Dissolving Mines: Modified yeast & mold that live in separate micro containers & then combined at the target site. The resulting merged organism hungers for any metal at all that it can get its microscopic claws on. Damage: 1d8 per round to all metal within its area of affect per round. 500 credits each
Mushroom Torpedo Launcher - Floating within the edge of  a planetary system's orbit these patient ever present menaces wait like fungal black widows until the right moment before they launch their deadly bio cargo of death. The Launcher grows its own black cargo of death & has five star ship cracking torpedoes of death waiting for the right moment to strike. 1d8 per torpedo but only one is launched per round unless all five are directed toward a target 800 credits each


Star Ship Infection Missiles  & Injectors : These deadly looking black torpedoes are found aboard many guild ships. They carry a deadly array of cargoes that bores through the outer hulls of many lesser ships with easy striking & delivering a deadly cargo of  fugal death to the occupants. Credits 500 per missile
Roll 1d6 to determine cargo!
Fungal Proto Shadow Forms : A group of fast growing micro fungus is injected into space forming a perfect copy of a much larger & better armed ship. The fungus then broadcasts on radio, sensors, etc everything that is expected from the type of ship being created.

There is a special  class of weapons used by the guild called injectors these weapons are implanted via spores just below the skin where they grow into a useful hand to hand or ranged weapon. Note that all weapons are standard depending upon what game system is being used.Cost is 40 credits
Fungus Claws :
These weapons are planted just below the surface of a digit or tentacle of the user where they grow into a full set of injectors for various poisons,diseases, etc. The user must dip his digit into the desired agent to be used. The fungus copies this substance microscopically where it will be delivered with a hand to hand attack. Care must however be taken as acid or other more dangerous types of agents may damage the user as well as victim
Spore dart launcher: A wonderful bio mechanism that will shoot a victim with a wide array of cargoes & is usually also implanted just below the skin. The dart is a dried organic pod that has a range of about 20 feet. There are a wide variety of payloads available consult local guild rep for this weapon
Fungus Sprayer : A simple spray system that contains one or more of the fungus described previously within this series of articles has a range of  60 feet. A simple air pressure pump enables this item to be used on a wide variety of worlds. Simple,Fast, & Easy.

Special Bonus The Black Hats
The insidious branch of the Bio weapons division. They often hire adventurers & other agents to investigate high risk areas where the chance of infection is high. They often offer medical services to parties only to turn to in the victims into their masters. These dark fellows are often seen around a number of space ports where the poor, wretched, etc. are perfect for their plots. They have little actual clot within the guild but are seen as a necessary evil by the guild who have profited from their ventures thousands of times within the last 3 thousand years. 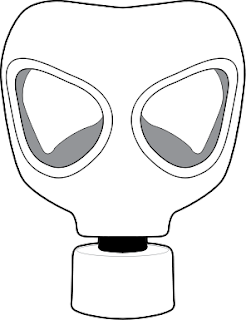