The Influence of Yragael: Urm By Philippe Druillet For Your Old School Campaigns 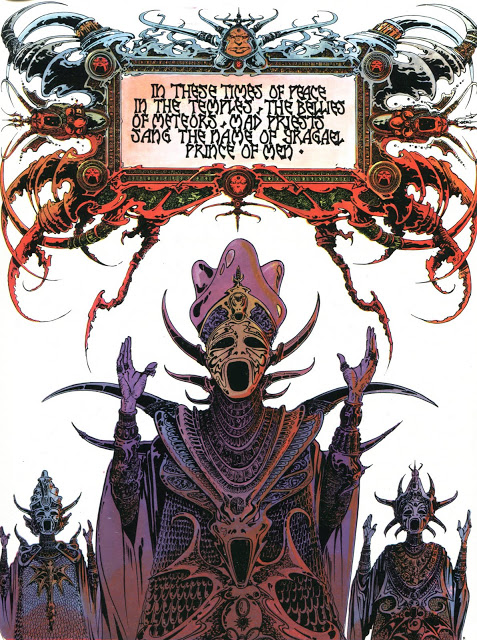 Imagine a world where humanity is on its last legs, a doomed warrior deals & dallies with the forces of demons as well as gods. This is the universe of Yragael and his child Urm who are dealing with a wounded far future Earth and given full birth by the creative mind of Philippe Druillet (French: [dʁɥijɛ]; born June 28, 1944) is a French comics artist and creator, and an innovator in visual design. It tells the story of the mystic warrior Yragael and his child Urm who are best on all sides by petty gods, demons, and the horrors of a far future Earth as humanity does a slow death around the rim of entropy.  The  WIN WIACEK blog Now Read This has a very nice break down of the graphic novel 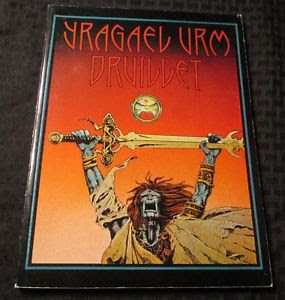 The tale is a nasty bit of sword & sorcery business equal parts Jack Vance, HP Lovecraft, & with a sustained air of the Michael Moorcock's absurd style of mythology. At times monstrous, tragic, and with air of the doomed that seems to echo throughout the piece.  This graphic novel is the first thing I thought of when I read Carcosa. way back in '07 or '08. Everyone sites The Six Voyages of Lone Sloane but for me its YRAGAEL : URM which has all of the weirdness & awesomeness that make Druillet's artwork a visual feast. Murder, horror, and all of the sins are still with humanity even in this far flung era of extinction. 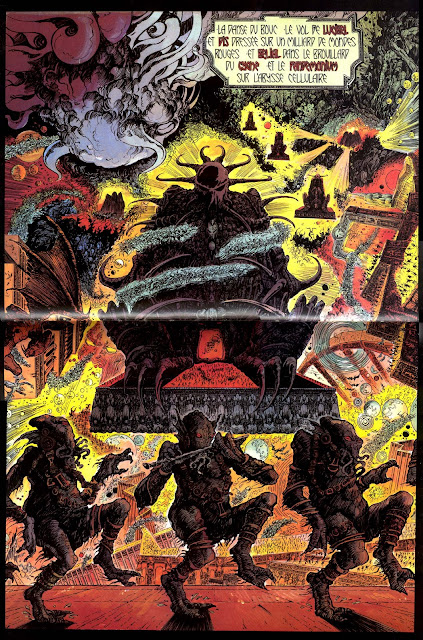 Comic panel to comic panel in this doom laden saga of operatic proportions that has many of the same elements of Carcosa. The weirdness almost seeps through the whole affair winds its way almost like a hex crawl as one event of the lives of these characters wind their way through to the next. Yragael: Urm is a masterpiece of the absurd and cosmic surreal as Druillet the 'space architect is in full force with weird temples, outrageous terrain, space gods of the most dangerous kind and a landscape peppered with characters whom Jack Kirby would have loved. When I picked up Carcosa from the Lamentations of the Flame Princess imprint I knew what the landscape looked like Philippe Druillet had created the visual landscape for me. 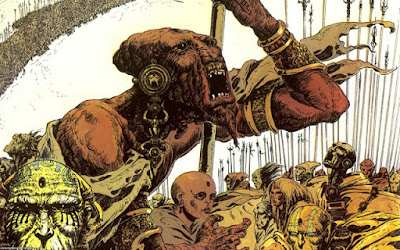 If you haven't read Yragael: Urm its not for the faint of heart but its real doomed cosmic opera of the type that Elric by Michael Moorcock echoes with the same refrains. Philippe Druillet style is dark, dangerous, and at its best here and this is a cosmic beast of a story.  I'm glad to have dusted this one off last night and started rereading it, its a brilliant ride! 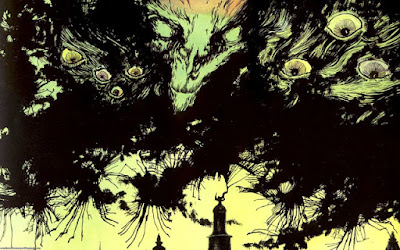