Once again I'm getting back into Labyrinth Lord and some of the best free materials that I've found for download for the game. I love the fact that this system works very well with other retroclone systems and these downloads can add another dimension to your OSR game play. 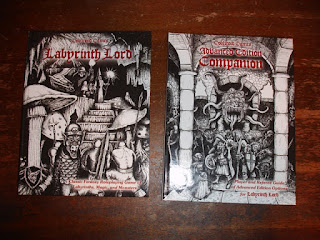 So let's get started shall we? First up is ENGINES & EMPIRES a Victoriana rpg system that uses LL as it base and then things get interesting. "Sitting at the crossroads of heroic high fantasy and Victorian gaslight romance, E&E pits magic and science against an ancient darkness intent on once again enveloping the world of Gaia... along with all the Free Folk that now dwell thereupon."
GRAB ENGINES & EMPIRES HERE 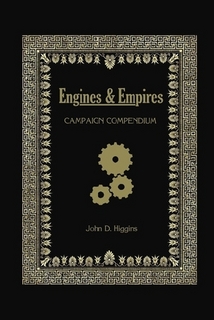 The struggles between science & magic are an interesting aspect to Engines & Empire, the game seems to be more 'Penny Dreadful' & high end steam punk which suits me fine. There are certainly some great elements to this setting.
Next up we get into a one man OSR writer in Lawerence Blake, this guy has three or four free OSR adventures for LL or any OSR retroclone system all on his own. Click on his name for even more old school awesomeness.

A Promise of Vengeance Fulfilled
By R. Lawrence Blake 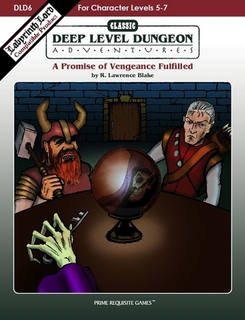 This one is a dangerous crawl into a dungeon and ruin with an interesting twist on the usual back story;"An evil warlord, facing betrayal from his own family, swore revenge with his dying breath. Ten years later, his vengeance has come to pass with the murder of one and the promise of more death to follow. Has the warlord raised from a decade of unrest to fulfill his bloodthirsty oath? Can the characters stop him before more fall prey to his vengeance? A Promise of Vengeance Fulfilled is a dangerous dungeon crawl for character levels 5-7. For use with the Labyrinth Lord rules or other BASIC/EXPERT rpg systems."

Nest up is Dyson Logos with a great little dungeon that could be inserted into a sword & sorcery campaign quite nicely & might give your players a bit of disappointment. Challenge of the Frog Idol it's quite low on treasures & monsters when I ran this one I used the adventure location as is because I made the place the lair of some bandits. The bandits were using the dungeon as a lair and treading on is reputation as haunted and the old lair of a frog cult. The twist came at the end when the frog cult showed up to reclaim what was theirs.

GRAB THE CHALLENGE
OF THE FROG IDOL HERE 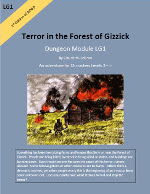 GRAB LAIR OF THE LIZARD GOD HERE
Lair of the Lizard Folk God is a great little sword and sorcery Labryth Lord adventure that features a quick set up & some prime combat with some really nasty monsters. I've run it several times and used it as an aside to Temple of the Reptile God so it works quite well at what it does. The adventure killed a few PC's in its time. 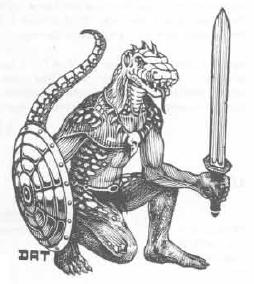 Finally Labyrinths of Madness by Gavin Norman is a free set of rules for running Lovecraftian horror in Labyrinth Lord. Its very well done and free, this thirteen page pdf adds another aspect of cosmic madness and Lovecraftian weirdness to the LL system. These rules are solidly done and can be used in conjunction with Realms of Crawling Chaos. 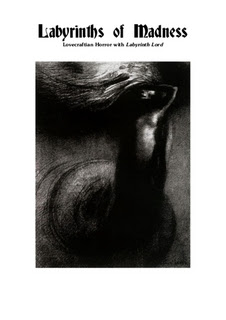 So that's going to round out today's run of free Labyrinth Lord adventures for today. Remember to keep those dice rolling & hope your PC's make their saves.
Posted by Needles at 9:36 AM