"In the cold and merciless depths sits a brooding menace, ancient, indescribably evil, and ravenously hungry. Perched on his massive throne, the Sea King idly dreams of the delightful taste of land-dweller flesh. He fantasizes his massive jaws bathing in runnles of terrestrial blood. His hate-filled dreams suffuse him with visions of a glorious and bloody feast where his despised enemies those both above and below the waves, drown in a tide of their own blood, torn apart by his fierce warriors.

Only the most desperate or truly foolhardy would seek out this horror in the murky and abyssal depths to confront the terrible Sea King in his court and primeval seat of power."

Now where do I begin?! I suppose I should begin with the fact that this adventure/sourcebook clocks in at 144 pages & 'The Sea King's Malice' was a part of a highly successful Frog God Games kickstarter in Apr 16, 2020. The Lovecraftian overtones here are overpowering & they go hand in hand with the support material that's in 'The Sea King's Malice' pdf book. Full disclosure here I got in on the fifth edition Humble bundle here with the full intent of OSRizing the material for my Castles & Crusades & Victorious rpg hybrid game. Now with all that out of the way let's begin.

'Sea King's Malice' is interesting from the perspective that it takes the PC's up the level chain right off the bat;"This adventure is designed for four to six characters starting at 3rd level and takes them to 10th level. This adventure uses a story-based character advancement mechanic. Of course, if you want to tally experience points to advance characters, have at it. Please note though that the encounters in this adventure have not been weighted with exact experience point math in mind. So if you find that your party has gotten to a “level up” signpost and the characters do not have enough experience points to level up, consider awarding some additional experience points based on story accomplishments so that the characters are capable of facing the challenges of that section. Characters are likely to attain 6th level after surviving the Open Sea section and before arriving at Crocodile Island. They should attain 8th level by the end of the Crocodile Island section. Finally, the characters should be at least 9th level before confronting King Bachzarisaa the Insatiable in his lair deep in the sahuagin city of Tzar’Grandula."
Yeah this is not going be easy at all. The PC's are gonna get rolled under the bus because all this adventure fits very neatly into the Frog God Games's Razor Coast setting. If your unfamiliar with the Razor Coast imagine the original 'Pirates of the Caribbean' movies & they made sense (sorta because this is D&D and things vary with players & dungeon master). The adventure encounters here are deadly & the book moves fast from what I've read. There's lots of interesting takes on classic D&D monsters with the writing being par for the course Frog God. The artwork is very nice & on point. The monster appendixes have solid information within them. There's a few editing issues here & there but over all not bad considering that this is a Frog God Games product. The writing & design here seem on point to me. But how would I run 'Sea King's Malice'?! To be honest dear readers I'd take Wizard's 'Ghosts of Saltmarsh' & pair it with Sea King's Malice & do a two year or better mega campaign! 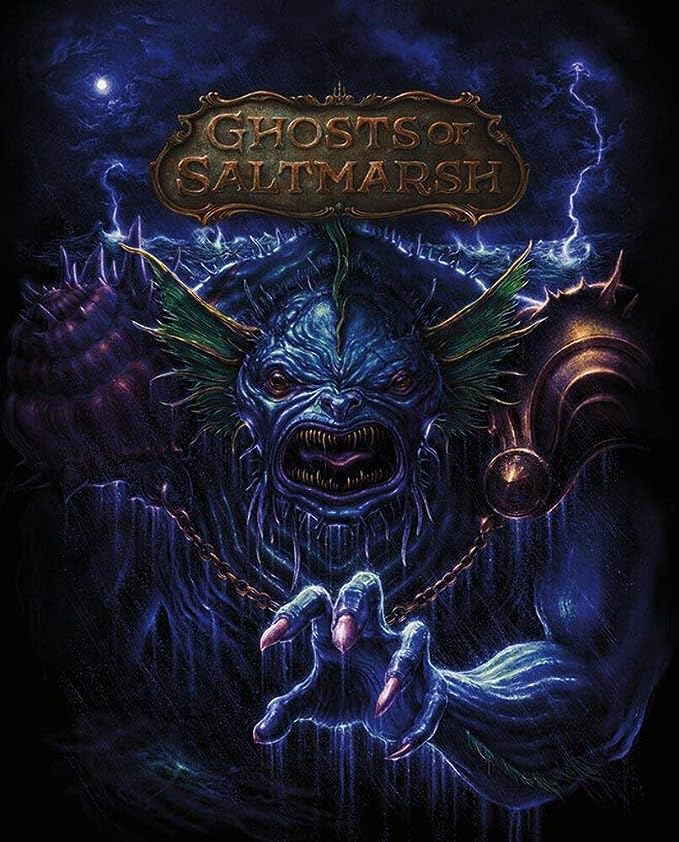 because it really goes into a deep dive on Frog God's version of the Sahaugin.
Yeah these guys are reskinned & trade marked Deep Ones but I really don't
have a problem with this because its gonna save me time in the long run
running the
'Sea King's Malice' adventure. Besides 'Ecology of The Sahuagin'  came with
the humble bundle & I really love to get into the head space of the monsters &
into their agendas. Web resultEcology of the Sahuagin

Which brings me to a point here with this review, I'm trying terribly hard not to give away a ton of the adventure plot points of Sea King's Malice campaign source book. For those of you who think I've gone way off of the OSR reservation let me remind you that I'm running this
with the Siege engine & especially Castles & Crusades. 'Sea King's Malice' easily fits these parameters for me and then some. 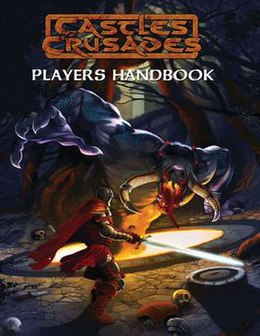 'Sea King's Malice' is a huge & sprawling campaign so your looking at the better part of a year or more for this campaign to actual play at the table top level. Now if we were to take 'Sea King's Malice' all of the way back to 'U1 Sinister Secret of Saltmarsh' & the 'U' Saltmarsh series of adventures into the mix, well the 'Sea King' becomes a very dangerous & nasty NPC indeed. The 'alchemist' in my version of U1 wasn't a 'Scooby Doo' villain but a lich with connections to the Slavers of the classic TSR module series. But that's another blog entry entirely. Is 'The Sea King's Malice' worth your time & coin?! Yes absolutely in my humble opinion.
How would I run 'The Sea King's Malice' with a game like the Victorious rpg?! Glad you asked because we'll be getting into that soon, oh yes very soon! Muahaha..
Posted by Needles at 7:43 PM