I got an email request for Undead this source book/adventure from Mayfair Games came out about 1986 & its another one that I've got an infamous history with! Weirdly, I acquired the Mayfair Undead source book around December of Eighty Six on a Saturday & poured over it all weekend. The plot was like something out of a horror film;"THE LICHLORDS ROSE TO POWER AS THE LAND FELL TO THEIR ARMIES. As molten fire spewed forth from the fissures in the earth, the Lichlords leader Nightbay sent hordes of his skeletal, legions over the blasted lands. He would claim this place and the dwarves that inhabit it for his own evil rule. Travel through these vast lands and battle Nightbay's armies! Undead is a reference work that includes an adventure for 4-6 Player Characters of Skill levels 6-9." 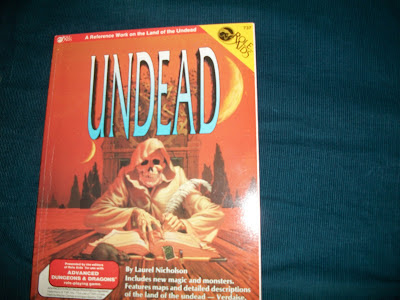 The book includes a campaign setting of Verdaise (a volcanic land populated largely by various undead creatures) & several other rather useful tidbits like undead combat tactics, several variant species, as well as the deeper details on the Lichlords leader Nightbay. This book was on the top end of the Mayfair games product line & its undead content got me suspended from middle school during the height of the 'Satanic Panic'. Years later this cover would get me into trouble again in the Evangelical Christian high school I was attending in '88 resulting in another suspension.
This book is also one of the first sources for the stats of a dracolich leap frogging Dragon magazine by a month or two. Undead comes with a colorful back story, a variety of encounters, and some seriously challenging creatures. It also features a nice pullout map, & great artwork. 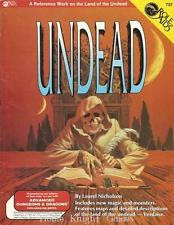 Like many of the Mayfair games adventure source books Undead has its own weird aberrations  for its stats here's a handy conversion chart I found on Dragon's foot:
Conversions of Mayfair stats to 1E (just in case):

Is the Undead book really any good? Well in a word yes, even though its a relic from another time, the book takes its own view point on the Undead exploits on this for its adventure which actually lives up to its promise of  for 4-6 Player Characters of Skill levels 6-9. There are some serious challenges & some dangerous foes in this adventure that draw heavily from the dark sword & sorcery Appendix N fiction of the time. The material isn't over the top some of the encounters can catch players off guard if their not careful.
There is even more controversy that goes with this title because of the lawsuit that happened between classic era TSR & Mayfair games.
According to Wiki;"Gary Gygax had advocated arranging a licensing agreement between TSR, Inc. and Mayfair Games for their Role Aids line of game supplements, but was outvoted in the board meeting considering the question. In 1993, Mayfair was sued by TSR, who argued that Role Aids,advertised as compatible with Advanced Dungeons & Dragons,violated their 1984 trademark agreement. While the court found that some of the line violated their trademark, the line as a whole did not violate the agreement, and Mayfair continued publishing the line until the rights were bought by TSR." 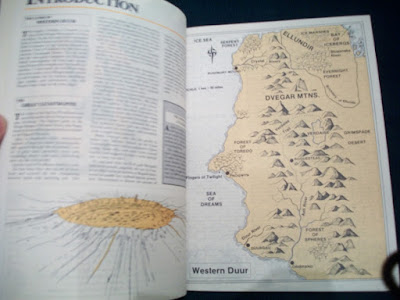 This one introduces such things as lichlords, a complete undead army, undead war mammoths, and a boat load of other creatures to kick the hell out of a party of adventurers. The adventure locations are well done, the descriptions are spot on & the authors keep things moving without bogging down in too much detail. This is a source book/ adventure that does everything it says on the tin while offering a bunch of adventure settings that can be dragged and dropped right into your own 'home' campaign. Today this adventure sells for less then six dollars and change for not that well now among its own circle of old schoolers. 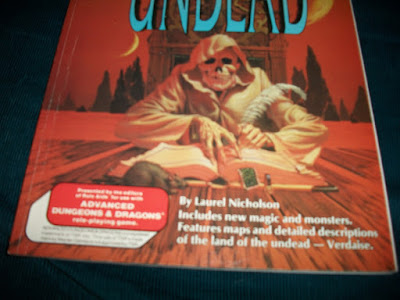 So is the Undead book worth getting for your own campaigns? In a word yes, not only is this a great reference but because its not known outside certain circles there's plenty between the pages that can be mined for your own home games. Players hardly even know that book exists let alone some of the old school content that few know about. So grab this one and let the forces of Nightbay was over the landscape of your own home town. There is so much potential to keep the players guessing and avoid some of the more passionate mistakes that occur with old school undead.