OSR Round Up & Game Cancellation For This Week

Finally back home and sitting in front of a computer this evening, earlier yesterday on G+ and Facebook that I would be back quickly with reviews,more OSR blog material, and much more. Unfortunately my father took ill today, work related stuff and a ton of family obligations  I had to step up & handle some real world stuff. So I had to cancel my Monday night game needless to say that sometimes is the way the cookie crumbles. You as a dungeon master plan these elaborate adventures, have a few notes, a map, and if all goes well your players construct this incredible world out of whole cloth for all of you. Sometimes though the real world takes center stage in spades.Family and work has to come first in my life, that's one of the reasons why this is a hobby to me. So I cancelled the game for another week fortunately I have very good friends in the real world. Which brings me to another interesting twist to my evening and the following has naughty language in it so my apologies ahead of time.
Let me also get something out of the way this evening, I asked a good friend the following; "Do I some how have a reputation for being well umm  bat shit crazy in the OSR?" His response was telling to say the least;"Perhaps overly direct"
"Is that a nice way of saying I'm some kind of an asshole?""No."
"Maybe slightly dickish"
"Asshole is too strong"
"Of course I'm slightly dickish"
"I'm a dungeon master."
Seriously, I'm very direct in my dealings with people and honest to a fault. I don't have a hidden  agenda and I try to shoot straight. But with that said I'm no expert at all in the OSR and old school gaming. I'm still learning and there's an ever expanding field of OSR material out there. So on occasion I make mistakes. With that being said here is some material that I think is worth of your attention in the OSR. 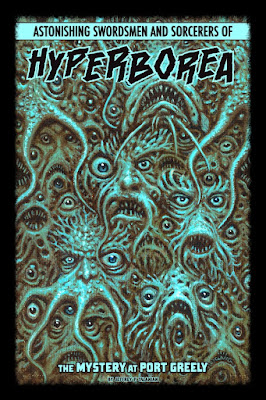 The Mystery at Port Greely" Kickstarter surveys sent, and last chance for add-ons!﻿

If you ever wanted to get into The Astonishing Swordsmen & Sorcerors of Hyperborea rpg system now is the perfect opportunity. The kickstarter is starting to wind down and there's a ton of material that will be coming out from this adventure.

Venger's Universal Exploits Kickstarter is starting its slow burn countdown and Monkey Blood Design is going to do another old school science fiction ship design if they close it out with the four thousand dollar mark. I have to admit this is starting to look like a really interesting take on Alpha Blue. 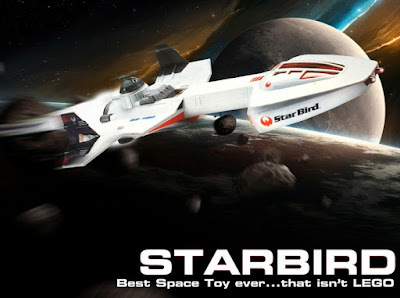 Anyway, next Tuesday after I'm back from Hamburg, I'll be doing an online promotion to spread the word (yes, I promote free things more than things that make me money... no, I don't know what the hell I'm doing either), and the promotion juuuusssttt miiigghhhttt involve Otherworld Miniatures, since we were both at the UK Games Expo this past weekend and I might have had a conversation with them." 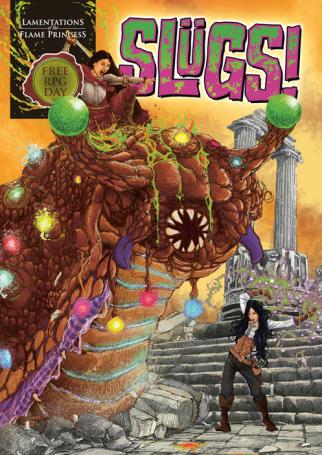 Meanwhile RpgPundit is still running a contest to give away a free copy of Cults of Chaos for his Dark Albion game. The event is starting to wind down and I think he's going to announce a winner soon. I'm really looking forward to Cults of Chaos which according to the book's co author Dominique Crouzet ;"
this book is not about new classes, spells and such. There is a FH&W supplement in the pipeline, but in the far future (end of 2017 maybe): 250 pages of new classes, spells, and sci-fi stuff. Frankly, Cults of Chaos didn't need any new classes/spells, and it was meant for any OSR ruleset, not just FH&W. The stuff in it is geared at the GM, to ease his/her job and fuel his/her imagination." 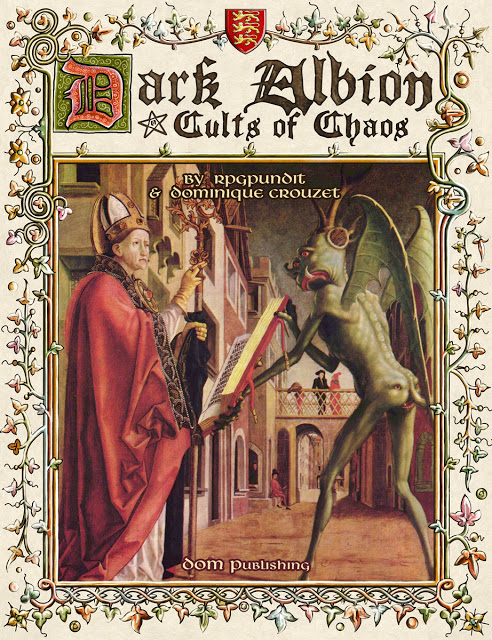 I'm a huge fan of the Stalkers rpg and the Road Side Picnic books  I kept thinking you know its too bad that someone from the OSR didn't make a similar setting for the Mutant Future rpg. Well it turns out that   Kai Pütz a.k.a Gregorius21778  worked on a setting and a bunch of really nicely designed monsters in this vein for use with his own post apocalyptic material,  Gregorius21778: Weird, Contaminated World Vol.02 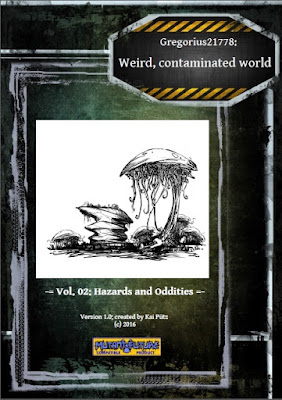 Need a whole steaming pile of OSR dungeon action for your retroclone or old school games for this week? Well, it seems as though the One Page Dungeon Compendium: 2016 Edition From  Shattered Pike Studio
has birthed itself into the OSR wilds just in time for your Tuesday night games! Grab this one folks seriously good stuff. 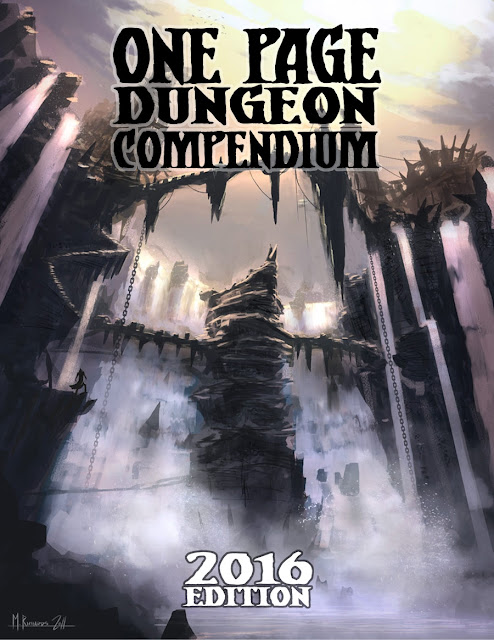 Finally  The Secret Machines of the Star Spawn From  Maximum Mayhem Dungeons
is on Drivethrurpg if you want something really wild and gonzo for your gaming table. This is one of my all time favorite adventures to run and play. Just a great adventure to run at the gaming table. 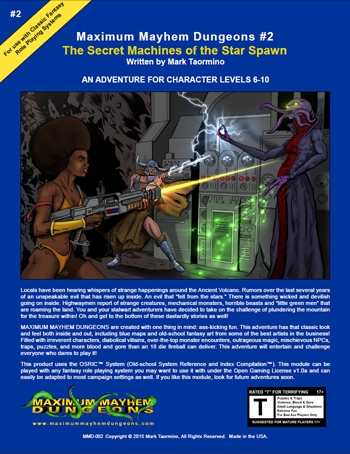 Rounding this off is Undercroft Issue #9 which is damn impressive and a really nice addition to the OSR library. A friend of mine got this for me and I have to say I'm pretty impressed with it.
Expect a future review of this soon. 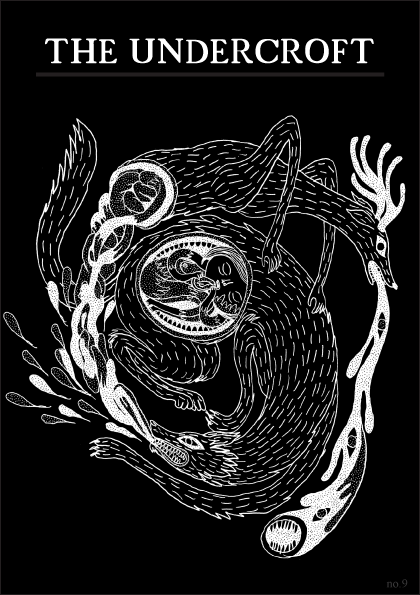 So that's everything right off of the top of my head for the moment, if I've missed anything then my apologies and I'll be doing another round up in the near future and you can expect more in depth reviews of all of the above OSR titles in the future so keep those dice rolling!