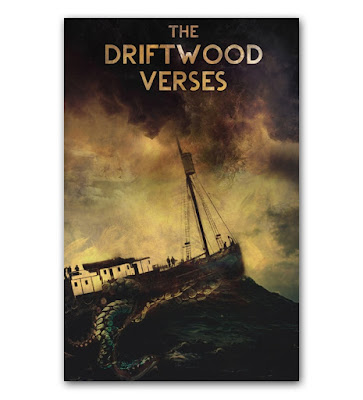 Well, first of all I just got home after a day of repair work and more so its time for me to unwind and begin to look at some of the OSR material coming across my desk. Let's start with the fact that Clint and Cassie Krause  plus the Red Moon Medicine Show folks just hit 11,301 for Driftwood Verses!
Congrats to another successful kickstarter and there's more rewards and such to unlock yet. So head over there and check it out! There's something damn well appealing about Driftwood Verses and as a Herman Melville fan this really hits the same spot as some of the haunted sea tales that I grew up with in Connecticut. Now Driftwood Verses is Melville meets David Cronenberg meets Gothic Literature spun through a fever dream and drenched in acid for the Lamentations of the Flame Princess system.
You Can Support It Here!


I have a tendency to think of the Lamentations of the Flame Princess rpg as a separate system completely from many of the other retroclone on the market. There are a variety of reasons for this one being that the add ons & adventures are system enclosed products unto themselves such as 'Better Then Any Man', two the system is modular so that it will work with, 'The Dungeons & Dragons Rules Cyclopedia' and the quality of LoFP titles have been consistently useful at my table. Which brings me to the Red Moon Medicine Show's LoFP material which is almost always of a slightly better quality then some of the OSR efforts that I've seen over the years. The Red Moon Medicine Show's Vacant Ritual Assembly LoFP zines are killer and so are they're adventures. I would expect that The Drift Wood Verses is going to be up too or exceed this standard. 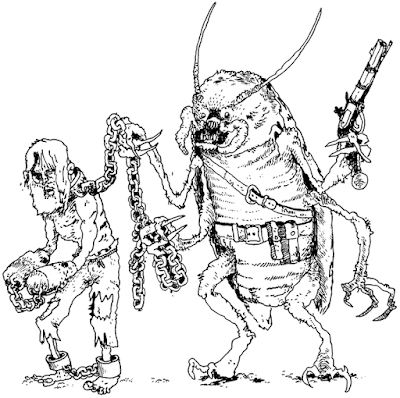 Some other free resources that I ran across today on the Public Domain Review website also fit some of the themes, ideas, settings, and elements explored in  Vacant Ritual Assembly and with a bit of work could be used to blow open entire campaign venues into past or future histories for Lamentations of the Flame Princess. Let's start with some of the more obvious ones :

Living Lights: a Popular Account of Phosphorescent Animals and Vegetables (1887)

Want a hook for drawing your PC's into the world of Driftwood Verses, perhaps the account of a scientist whose barely able to understand the weird entities and creatures of Driftwood. With a bit of work there's tons that can be mined from this book on glowing fauna and flora.

Is the perfect collection of marine life to stick that odd item, mystical relic, or biological curiosity into the collection of the Dutch pharmacist and collector Albertus Seba (1665-1736) was an ardent collector of plants, insects, and animals, amassing a collection which in 1716 was bought by Peter the Great. Together with the collection of one of Seba’s countrymen, the anatomist Frederik Ruysch, the collections formed the base for the Kunstkammer in St Petersburg, the first museum in Russia. In 1734, Seba published his Thesaurus, titled Locupletissimi rerum naturalium thesauri accurata descriptio, translated as “Accurate description of the very rich thesaurus of the principal and rarest natural objects”, and consisted of four volumes of which two were published after Seba’s death.


Orbis Sensualium Pictus – or The World of Things Obvious to the Senses drawn in Pictures, as it was rendered in English.


"In the mid 17th-century John Comenius published what many consider to be the first picture book dedicated to the education of young children" and its a weird little affair of a book with lots of strange illustrations and more. The perfect thing to use as a hand out for PC's to find aboard a drifting wreck or ghost ship especially with other pictures drawn into the margins or blood stains on the sides of the book.

Need a conspiracy of vice and rich folks as villains for your LoFP campaign? Especially ones with ties down into modern times then go behind the scenes of Darkness Over All: John Robison and the Birth of the Illuminati Conspiracy

What about rumors and weird tales of sailors and legends of the  Driftwood Verses settings? Perhaps the tales might be found in one of the many hundreds of brothels and taverns talked about 17th-century London which saw an explosion of nocturnal activity in the capital, most of it centring around the selling of sex.The Nightwalker and the Nocturnal Picaresque is the perfect resource to get the tall tales going and the sex moving your plots along.


"In On the Threshold of the Unseen (1917) he wrote that “it is not a very incredible thing to suppose that in the luminiferous ether (or in some other unseen material medium) life of some kind exists”. He imagined such beings to be “human-like, but not really human, intelligences — good or bad daimonia they may be, elementals as some have called them”. But where, then, did they dwell?" all of this comes from  Worlds Without End a look into the occult practices of the 19th century perfect fodder for Driftwood Verses and even more LoFP hi jinks. 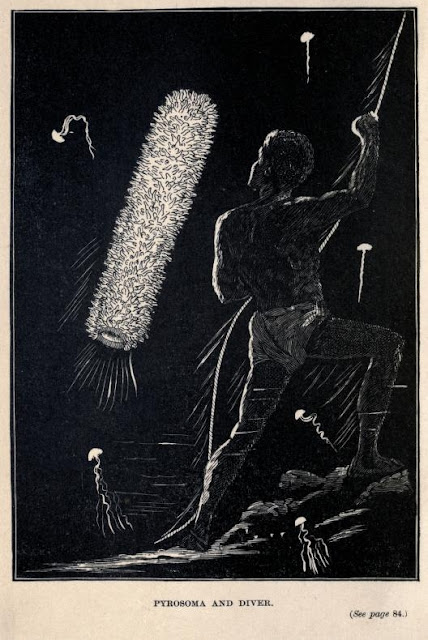 This is just a small sample of the wealth of information that's out there for old school games  with a bit of patience you can dig up some fantastic resources. I've got more material coming up soon.  But for now keep those dice rolling!