Last night I put aside all of the writing projects and designing I'm doing. And talking with a friend over a beer we pulled out Dr.John Eric Holmes's  his version of the basic set was like an infusion of serum in the fall of 1978 when I first saw it. This was a very different animal then the three white books that I was used to with my dungeon master. Last night I pulled out my copy of Holmes and went to town on it rereading it cover to cover. Back in '78 I got a chance to dig into my family friend's box set  copy from the U.K. of  D&D.. It made quite the impression on me and burned itself  into my imagination.
Here's a copy of the U.K. version that recently sold on Ebay. 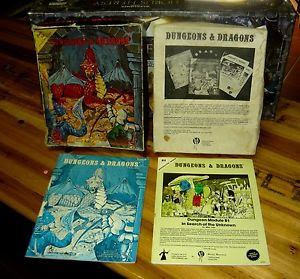 A bit more information on the U.K. Games workshop edition of Holmes Blue Book; "The first Basic Set was available as a 48-page stand-alone rulebook featuring artwork by David C. Sutherland III, or as part of a boxed set, which was packaged in a larger, more visually appealing box than to original boxed set, allowing the game to be stocked on retail shelves and targeted at the general public via toy stores.[4] The boxed set included a set of polyhedral dice and supplemental materials.[2] In that same year, Games Workshop (U.K.) published their own version of the rulebook, with a cover by John Blanche, and illustrations by Fangorn.[2] Supplemental materials appearing in the boxed set included geomorphs, monster and treasure lists, and a set of polyhedral dice".
And so for years I was good with that box set which was given to me as a gift from one of my first dungeon masters for Christmas. That set is now long gone as ash in an apartment fire back in the 90's. 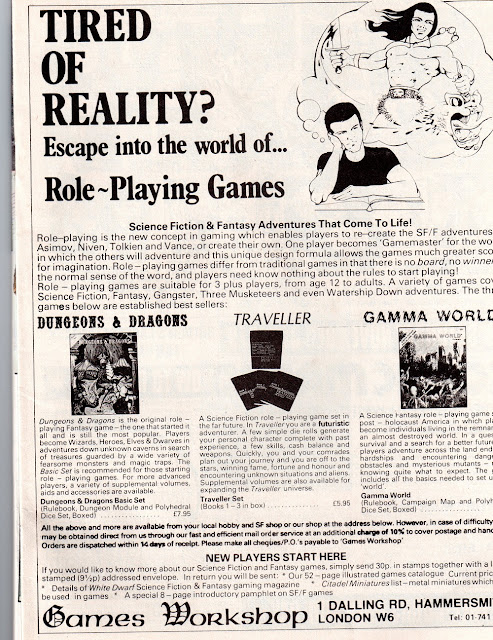 So why the trip down memory lane? Well, due to the sheer volume of third wave OSR products I've been suffering burn out for a long while now. When this happens I go back to my roots and begin taking a look back at what got me into the game. Holmes for me isn't simply nostalgia its an infusion of what got me into the games in the first place. I'm also getting really tired of the retroclones having any claim on the adventures and whatnot of the products of my imagination. Holmes was a redress and revamp of the three little white books and it has some really interesting angles to it. 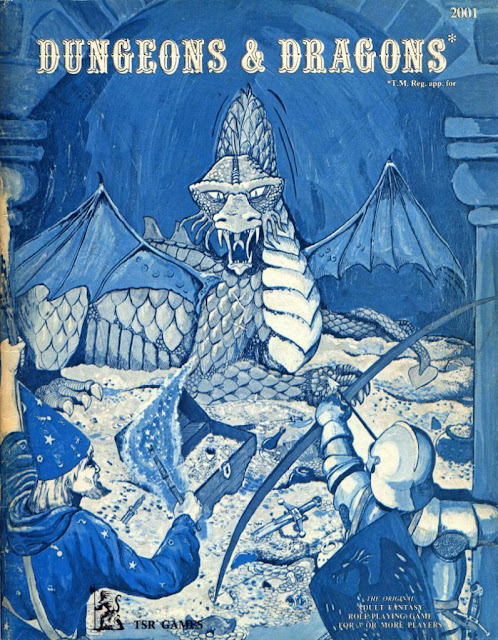 So why use this antique system today? What are its advantages and what makes it enjoyable at the table? Here are my top ten reasons why I love Holmes Blue Book D&D.


For me Holmes was one of my sets of D&D and really more then a mere foot note in gaming. This set of games was a stepping stone into the world of Dungeons and Dragons. There was something fantastic about the easy of play, the quick set up, and the fact that it was a complete game and set of tools in one box. There's a great Save or Die episode where the crew talks with Dr. Holmes son who shares a great deal of insight about his father. 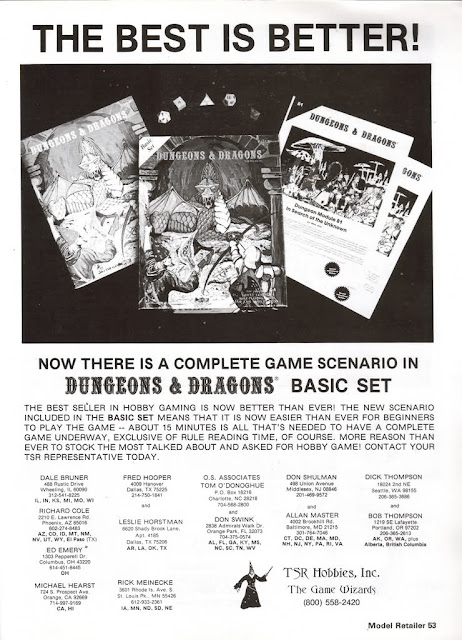 This podcast is really what started me on the trip down memory lane and my reintroduction into Holmes last night.
Posted by Needles at 9:32 AM