There are certain Kickstarters who have delivered quality product to the OSR market again and again. Clint and Cassie Krause  along with their crew have continually delivered some of the best quality and evocative setting material for the Lamentations of Flame Princess rpg system. Now they've got a brand new nautical setting up for the game with some really strange connotations and weird material called Driftwood Verses.


YOU CAN SUPPORT IT HERE

So I've been waiting months for Driftwood Verses to make its appearance in the wilds of Kickstarter. The authors let bits and pieces out to wet the appetite of the rpg public but the details of the setting make it stand out in spades;"
The Driftwood Verses is a gloomy, nautical fantasy campaign setting for old-school tabletop role-playing games. It's directly compatible with Lamentations of the Flame Princess and more broadly compatible with a large selection of traditional systems. The contents can be used as a stand alone setting or slotted into your existing kitchen sink fantasy campaign as a distinct region in a larger world.
The setting was conceived as a Dark Sun-esque re-skinning of standard D&D tropes, starting with the conceit that "whales are dragons." It has since developed into something well beyond that original idea. The major inspirations include stuff like Moby Dick, Dishonored, Sunless Sea, Dune, The Scar, and the Monster Blood Tattoo series.
The book focuses on a blighted maritime region called Walfismeer. It's an impressionistic fantasy setting, a collection of symbols and metaphors come to life. Anachronisms abound. Grizzled mariners pilot haunted, tentacle-powered iron ships across a sludge-poisoned sea. Sinister roachmen quad-wield black powder pistols in hungry cities ruled by vice and bloodsport. Secretly trained navigators employ esoteric disciplines to guide vessels across a mysterious psychic barrier called The Reef. Desperate meerfolk raise sonorous hymns to Leviathan in deep-sea, whale-corpse cathedrals." 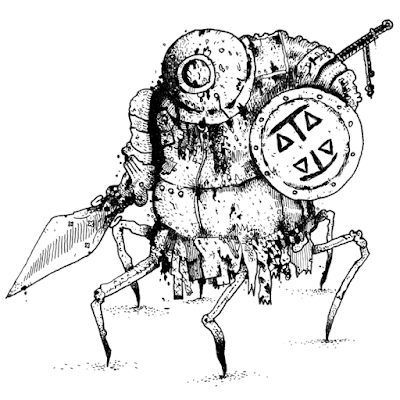 This setting reminds me both of underground comics meets  weird fiction with a vicious nautical streak a mile wide. The concepts are original and very nasty built around some deeply disturbing ideas which fit the ideals of Lamentations quite nicely. 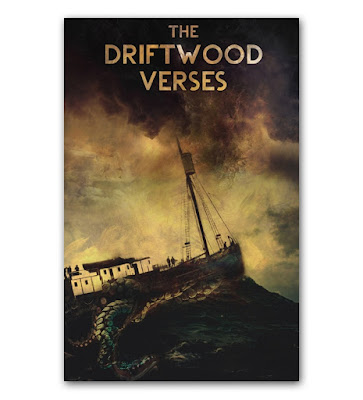 As I said I've been following this whole project for months now and the author has a whole background, cloud of play, and a very expansive vision for Driftwood Verses;"The whole time I've been writing this book, I've been talking about it over on Google Plus. You can catch up and find tons of excerpts, concept art, play reports, and more by checking out the #driftwoodverses tag over there. Feel free to circle me while you're at it. " 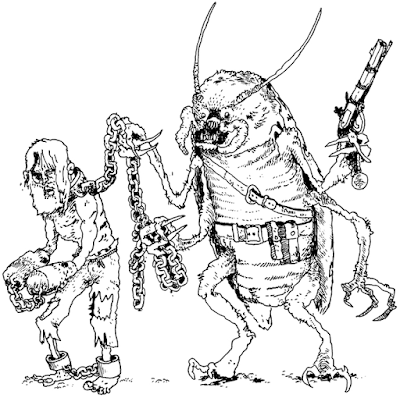 So what's actually going to be in the book and what opportunities are there for DM's to bring something completely different to the table? Well according to the Kickstarter:
So what makes this different then other underwater rpg pieces I've seen well besides the fact that its going to tie PC's into the deeper background of Driftwood Verses. There's a sense of the deeper watery doom that lurks just below the surface of the book. 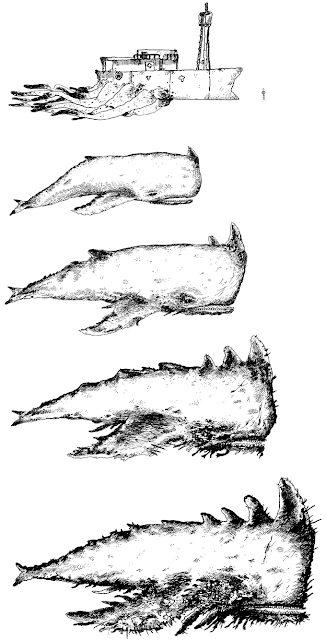