The PC's in last night's post apocalyptic game adventure ran into some old friends in wasteland ruins. Here's how things went down. 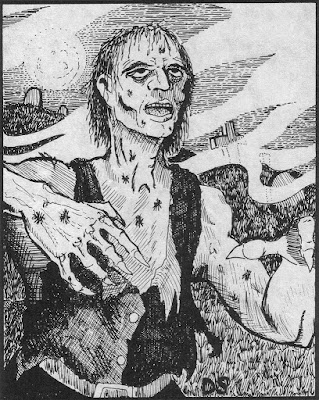 OSR Set, Retro Clone Round Up, &
Execution
Well, sewing machine repair work has been giving me a run for my money but last night I was able to slip in some time to get together with my players. I started slipping in some science fantasy space opera ideas into the background of my regular DYI post apocalyptic OSR game. The players started finding several post apocalyptic artifacts with heavy space opera overtones. Many of these came from the Bandits & Battle Cruisers rpg book mixed in with a health dose of the free OSR resource  Terminal Space. All of this is getting the PC's in several games ready for the Summer campaign rounds of my Warlords of the Outer Worlds setting. So why Bandits and Battle Cruisers? Well, its Bandits and Battlecruisers is one of those great niche products that caters to a niche within a genre.By this I mean that it's not a complete system but a gaming supplement that easily attaches to an existing system to help bring the  rules set to a more Sci-Fantasy Space Opera as I've seen described. Just so we're on the same page here Bandits and Battlecruisers isn't a complete system its an add on or adjutant OSR gaming book Here's what it brings to the table: On its 140 pages you will find: 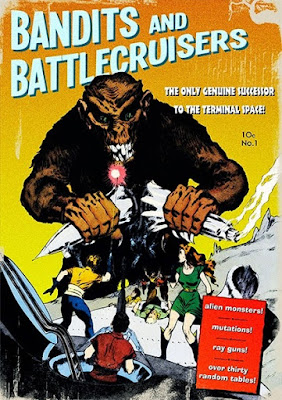 So what I did was combined Hulks and Horrors and a bit of Warriors of The Red Planet With Labyrinth Lord and Mutant Future with a bit of public domain Charlton comics Space Western action. They go back even further however all the way back to my Nazi on Carcosa campaign. 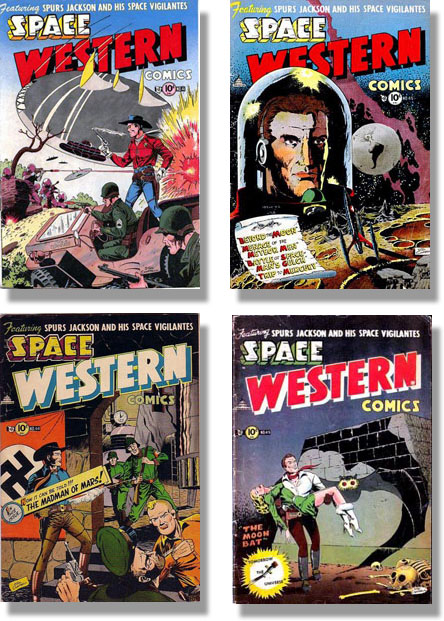 The PC's in last night's game were doing a bit of generic dungeon and ruin crawling when they ran smack into some 'old friends'.

Melee With The Space Nazi
Last year I ran a game in which my players ran afoul of some space going Nazi with space colony on Mars. They ran into a gang of undead mutant Ju Ju zombies in last night's game. The players were not happy at all when these bastards appeared in the dungeon hall ways. So I pulled out my 15 MM Nazi zombie figures from Rebel Minis and it was on.

It took a good rest of the night last night to mop up these bastards and deal with the fall out of finding a Nazi laboratory in the dungeon but that's going to be cleaned up in next week's game. The PC's also ran across a Nazi skeleton wizard in the laboratory. The players are not happy with this latest development.
Posted by Needles at 7:52 PM