One of the ideas that I've been toying with over the last couple of months with my campaigns is a down & dirty Cha'alt NPC death squad & for this I wanted to break out one of the OSR classics. So Goblinoid Games Realms of Crawling Chaos is gonna get a bit of a workout. This of course is part of my on going Cha'alt/Godbound campaign. 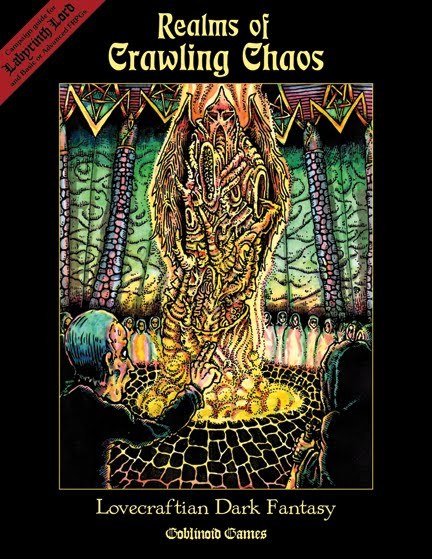 The idea is that my player's PC's have been causing all kinds of havoc for the lords of Elysium & there's a hit out on the party at this point. And the party has been disrupting the lines of red zoth & xanthium-183 production.  But I don't wanna use some of the standard Dungeons & Dragons or Advanced books for some of this & Cha'alt is way too well known at this point to my players. What too do?! Jeff Grubb's Manual of the Planes for the Advanced Dungeons & Dragons book is there with an answers. Well, not only do I have access to my copy of the Manual of the Planes but combined with  Realms of Crawling Chaos I've got a go to otherworldly resource of insanity! 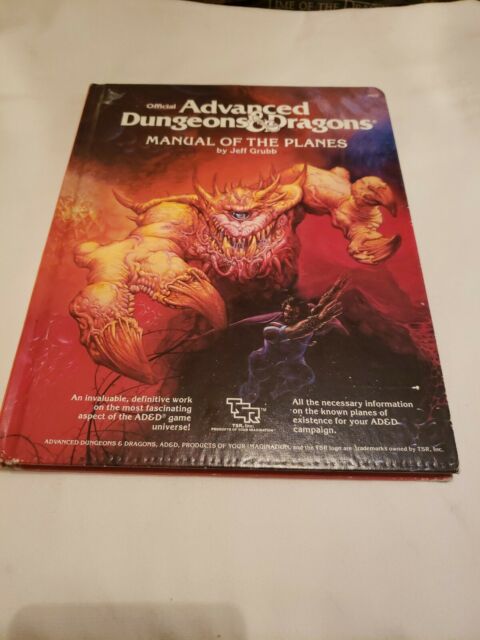 How does this work? Well think Jack Kirby meets Lovecraft in a back alley. There's an exchange of money & then a group of inhuman adventurers appears made up of white apes, white ape hybrids, sea blood, and subhumans. We're talking about a group of NPC's who are 10th & above level here with perhaps a summoned upper level Lovecraft monster as leader such as a Mi Go or something equally nasty.
This party of mercenaries is often used to hunt down & take out any adventurers or others who get in the way of the interests of cults, cabals, & other organizations who are furthering the agenda of the mythos or its powers. 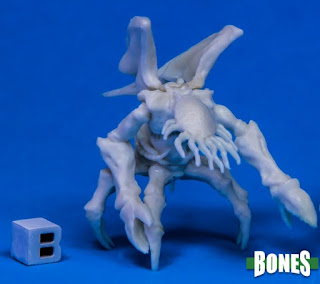 So we are talking about a very alien group of mercenaries & I'm using this term in the loosest sense of the word. These are monsters who are hanging out in some of the most alien areas of the planes. This is where Jeff Grubb's Manual of the Planes for the Advanced Dungeons & Dragons book comes in. You can easily design some of the more alien lairs, bases, & dungeons for such a hit squad. This is the idea where such Eldritch come into my games! These monsters have a tendency to be treated as stagnant & really need to be exploited far more! And they need to be dynamic! 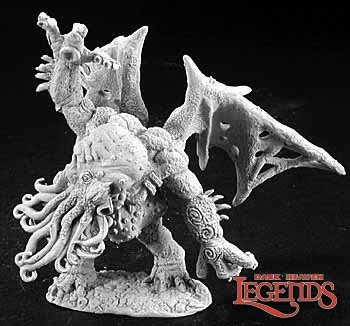 Using both Goblinoid Games Realms of Crawling Chaos & the Advanced Dungeons & Dragons Manual of the Planes a DM can string together a cult, worlds, organizations, etc. for the Lovecraftian horrors of their games. This enables them to create such horrors with impunity to go after their PC's with abandon. Such death squads will often appear to originate within post apocalyptic horror worlds especially in books,films, & video games. Fortunately Goblinoid Games already has this covered as well with Mutant Future. 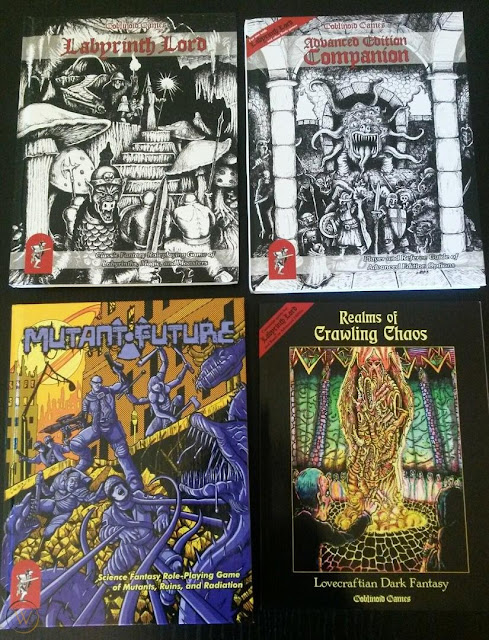 Not my books but one that came up in a random Google search.

I'm gonna state this again this isn't a random encounter this is an active group of NPC's that are sent to go after your PC's with abandoned. They will go all out to kill them & eradicate them with extreme prejudice! These folks are chaos & evil incarnate so this isn't a dungeon encounter per say. This is meant to be an all out encounter in either the wilderness or an urban setting.
Posted by Needles at 11:21 AM