"Ever wonder what happens to powerful heroes after their adventures legendary, and they have passed in to the realms beyond? Now you can find out with the D&D Immortals Set. The Player's Guide to Immortals lays out the basic information needed to convert you mortal player characters to Immortal status. It also explains new game mechanics, as are many aspects of the character's new existence. The DM's Guide to Immortals details the rules for playing in the realms of the Immortals. With descriptions of the Astral and Outer planes, details of creatures found therein, and other information and ideas for Immortal adventures!" 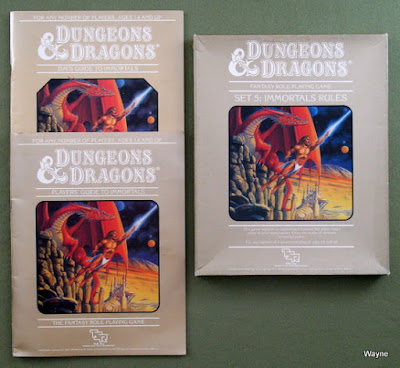 I've always loved the Immortals Box set by Frank Mentzer for BECMI Dungeons & Dragons. There are some incredible ideas here for weird & over the top style adventures & campaign play. I grabbed my copy when KB Hobbies were blowing these sets out for three dollars each way back in '87 or 89. 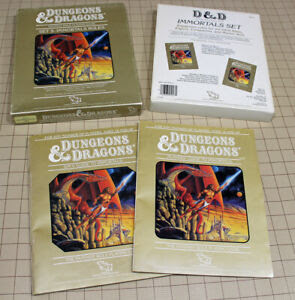 Over the last twenty four hours I've spent a good deal of time away from the bounds of social media checking out & rereading through Frank Mentzer's Dungeons & Dragons Immortals Box set. Let's get the basic history & background out of the way first from the box set's Wiki entry; "The Dungeons & Dragons Basic Set was last revised in 1983 by Frank Mentzer as Dungeons & Dragons Set 1: Basic Rules. Between 1983 and 1985, the system was revised and expanded by Mentzer as a series of five boxed sets, including: the Basic Rules (supporting character levels 1–3), Expert Rules (supporting levels 4–14),[1] Companion Rules (supporting levels 15–25),[2] Master Rules (supporting levels 26–36),[3] and Immortals Rules (supporting Immortals—characters who had transcended levels)."   I've seen this set described as being an almost separate game experience & mode of play from the other BCMEI box sets  of Dungeons & Dragons. I've got to concur & many of the ideas presented in the books of the Immortals set have a very different tone for PC generation. But background for adventure & campaign creation is very Mystara centered including rules for creating new characters and their form, abilities, powers, and home planes. But on the whole the Immortals Box set is controversial to say the least even today in certain circles of D&D & OSR gamers. The Drivethrurpg entry on the box set  really does boil down the whole controversy into its essence;" Part of the reason for the controversy over the Immortal Rules is that it isn't really D&D. It's really a totally different game that can be played after D&D character ascend to immortality.

The Immortal Rules start with a character converting his XP into Power Points (PP) at a 10,000:1 ratio. His characteristics convert to talent scores and he picks up new powers. Overall, the Immortal Rules offer a nice, clean translation but the play is still very different.
Oh, and there's another 36 levels of play to advance through, just like the 36 that made up mortal-level play in Basic D&D!"
Part of the issue with the Immortals Box set books is that it turns the PC's into full on resource managers which is fine for clerics & magic users. But in the Immortals Rules every character is a resource mover & shaker. Immortals are not gods but very powerful adventurers who wield the divine spark of immortality & their divine powers. Think of them like Marvel or DC's cosmic powered heroes or the heroes straight out of mythology. But they seem a bit clunky. 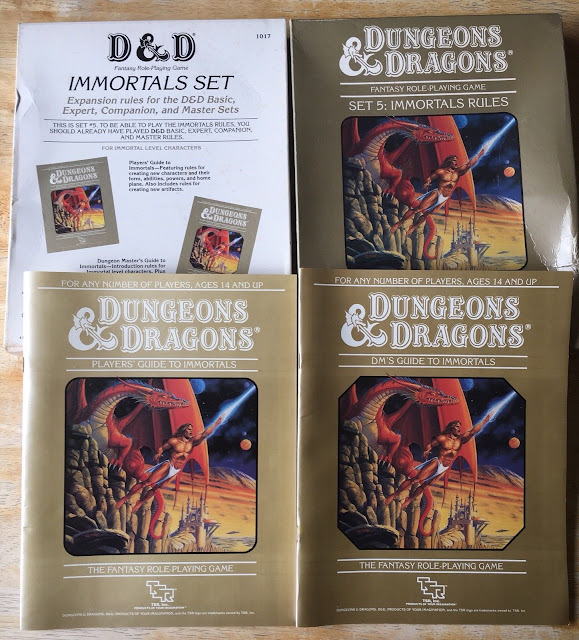 When it comes to the depth & breath of the Immortals box set I'd start with the adventure elements, rules on planes, & the monsters section then start working up a campaign outline. Then I'd dive deeper into the old school scene & grab my copy of Wraith of the Immortals box set. Frank Mentzer's Immortals Box set has it over the Wraith of the Immortals box set in terms of the cosmology of Dungeons & Dragons Mystara, its treatment of the immortals, & the immortals tie in with clerics. But Wrath has a much more streamlined PC generation system. Mentzer's  includes  things such as apotheosis (attaining divinity), godly powers, belief systems, epic quests, and the amazing monsters, artifacts, and realms of magic. So it becomes more of a cherry picking of what the players & the dungeon masters like. 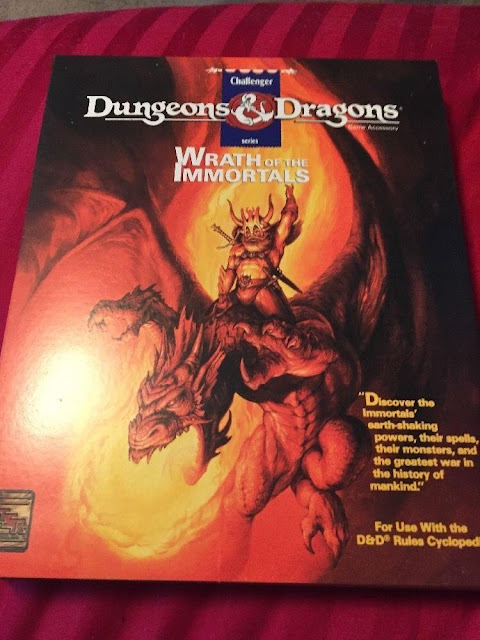 According to Dragon Foot member harmyn on the Dragon Foot site writes  ; "I have both and find both very useful in their own way. The two ways they play out as immortals show how the game was seen in different ways. I have much love for Franks very different and very interesting cosmology and Immortal characters. I find the sample Known World Immortals and their tie-in to clerics to be a handy little short cut.
If you can get them both, I highly recommend it." I fortunately have both sets & so I have to concur that this the route to go. Aaron Allston nails some of the rules down for some solid play ideas & guidelines especially in keeping in line with Mystara. But Frank Mentzer sets the bar like something straight out of a Doctor Strange comic book from the 70's or the works of William Blake. I'm completely skipping over Pandius, City of the Immortals but I'm running out of time tonight so Aaron Allston's Wrath Of The Immortals Box Set is going to have wait till tomorrow along with lots more details on the box set's contents on tomorrow's blog entry.
Posted by Needles at 8:54 PM