There's a circus coming through the wastlands but this isn't just any circus this is the El Circo De Los Monstruos y Memonios. A circus of mutant menaces, performing oddities, freaks, madmen, & much more. For this circus holds a deadly secret or two. Com'n the performance under the big top is about to start & you don't want to be late. 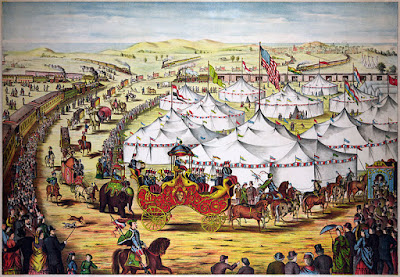 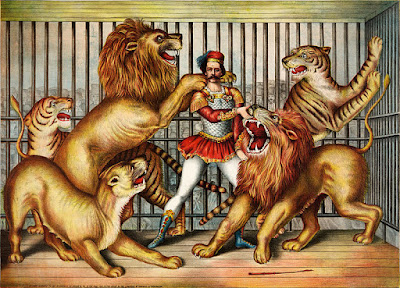 The circus often trades wizards for valuable monsters from many fantasy worlds & has specialized teams that hunt for such creatures. Monsters & aberrations such as the bulette are often used to trade for more menacing creatures. Aberrations such as ettercaps, chuul,owlbears, & many others are sold to other dimensional overlords to restock their dungeons. The coffers of the El Circo De Los Monstruos y Memonios grow fat so that they can finiance their real operations. The deep rad zone recovery of other giant mutant monster species such as Gorgo & other giants of the wastelands. 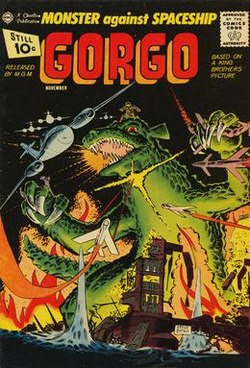 The El Circo De Los Monstruos y Memonios often hold their performances for wasteland kings & warlords gauging the strength, martial prowess, & resilience of the local rulers. Sometimes the cirrus will set free trained mutant monsters such as wasteland trolls, giant mutants, or even the occasional Minotaur.Then the circus forces will swoop in & save the day. 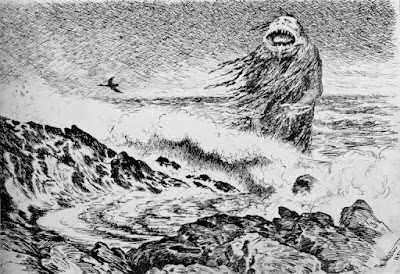 Capture teams will have a wizard of third or better level & teams of fighters plus mutant hunters. Equipment will be a mix of cutting edge ultra modern & primitive short bows & drugged arrows & darts. Night people trackers are often mixed into these teams to shore up the teams. These trackers are held in high regard by the rest of the teams. The  the El Circo De Los Monstruos y Memonios is often found in New Albion putting on performances & dealing with the local council of warlords. The wastelands of California have come to resemble the legends of 1700's Europe as the Great Dump broke apart the once great state of the ancients. Map of California as an island. Detail form "A Map of North America with the European Settlements & whatever else is remarkable in ye West Indies from the latest and best observations." 1745, by Richard William Seale (1703 - 1762), London. Copper-engraved, hand-colored in outline and partially in wash. Source: "The Cooper Collections" (uploader's private collection). Digital image by uploader, Centpacrr